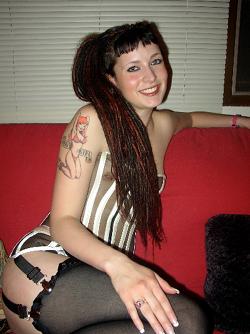 This has been one wild week for EVIL DEAD 4. For years rumors and untruths has been rampant and now in just 2 short days we’ve been able to confirm that the film is happening, we have a director and we know who the screenwriter is.

Lets update everything shall we?

Today’s big news is that Diablo Cody has been brought on board to work on the script. Crazy news. Diablo of course came to prominence when JUNO came out and was a huge hit. Horror wise, she’s the one responsible for JENNIFER’S BODY. A really interesting development that I for some reason find incredibly intriguing.

Also the director has been confirmed and it won’t be Mr. Raimi himself, nope it will be newcomer Fede Alvarez who Raimi’s Ghosthouse Pictures has been sitting on for a while. An interesting choice for a premiere feature, talk about pressure!

GHOSTHOUSE has released the following info to help bring us all up to speed:

Raimi wrote, directed and, along with Tapert and Campbell, produced the original horror classic THE EVIL DEAD that tells the story of five twenty-something friends who become holed up in a remote cabin where they discover a Book Of The Dead. An archaeologist’s tape recording reveals that the ancient text was discovered among the Khandarian ruins of a Sumerian civilization. Playing the taped incantations, the youths unwittingly summon up dormant demons living in the nearby woods, which possess the youngsters in succession until only one is left intact to fight for survival. THE EVIL DEAD spawned a franchise with the equally successful installments EVIL DEAD II and ARMY OF DARKNESS.

Raimi, Tapert and Campbell will serve as producers on EVIL DEAD 4. Ghost House Pictures partners Joe Drake and Nathan Kahane will executive produce. Nicole Brown and J.R. Young will oversee the project for Ghost House. Lionsgate will handle international sales on the film.
Hang on folks, we are in for a wild ride.