The past week I’ve heard the words “virtue, integrity, and honorable” describe Austin Idol. Are you kidding me? Here’s a guy who has made a career out of being a cheater and a liar, and I’m being labeled the “bad guy” in this situation. I don’t think so! Let me explain what I do here, and I’ll type slowly so you can understand me. I’m the Chief Interviewer for Horrornews.net and I don’t need to drop names, but I’ve interviewed a LOT bigger stars than Austin Idol. I’m also the director of this column, which is “Unexplained Confidential”, and here we deal with real life topics that range from paranormal activity to conspiracy theories. Is there a conspiracy theory that involves the plane crash of February 20th, 1975?

What about that rumor, or so it’s been called? The rumor that Bobby Shane could have been saved. Hey, I didn’t make it up, I just made it public and that scares the hell out of “The Universal Heartthrob” Austin Idol. Oh, and to all his loyal followers, get a new Idol because this one is about to fall. I asked a legitimate question and Austin Idol’s response certainly felt like he was trying to hide something. How he responded to me was completely unprofessional. He resorted to empty threats and school yard name calling. Those are the actions of a bully! The fact that his response was recorded for my website, doesn’t that make him a cyber bully? Austin Idol, on AustinIdolLive.com, accused me of Ambushing him. That’s a joke and those are the words of a man with a guilty conscious. Isn’t it a coincidence that just one week after my confrontation with Austin Idol about the plane crash, he decides to write “THE PLANE CRASH THAT CHANGED MY LIFE FOREVER part 1” in his 1wrestling.com column? It’s a little too coincidental. He couldn’t handle the question, and he cracked under pressure. You mark my words, Austin Idol has SNAPPED. I’m waiting for part 2 of this article to be published next week when Austin Idol finally acknowledges the rumor and admits that Bobby Shane could have been saved.  All those years of treachery and greed are about to catch up with him in a big way.

THE PLANE CRASH THAT CHANGED MY LIFE FOREVER part 1

The body of professional wrestler Bobby Shane, 29 was recovered from the wreckage of a small airplane that crashed early Thursday morning in Tampa Bay.

Wrestling commentator Gordon Solie said Shane’s foot was pinned in the wreckage. Three other wrestlers, including Buddy Colt, holder of the Title North American Champion, were able to swim to shore after the pre-dawn crash.

Recovering from injuries received in the crash are Colt, 39, who received a shattered foot, possible back injuries and cuts and bruises in the accident. Dennis McCord, 27 who broke both ankles in the crash and Gary Williams (aka Playboy Gary Hart), 32, who suffered severe facial cuts, and a fractured wrist.

Solie said that Colt, whose real name is Ronald Reed, was the pilot of the aircraft, a single-engine Cessna 182. He said the wrestlers had taken off late Wednesday night from Opalaka Airport after they had finished their matches in Miami.

The plane was to have landed at Tampa International, but Solie said bad weather forced them to try Peter O. Knight Airport on Davis Island.

“He (Colt) was unfamiliar with the landing area and made one pass but was too high to make a landing,” Solie said. “He then went into a bank to go around for another pass and the plane went into a stall, which was compounded by headwinds, nosed over and went into the bay,” Solie said.

He said Colt “just exploded right out of his safety belt” and escaped from the airplane as it sank in about 15 feet of water 300 yards from shore.

McCord squirmed out of a safety harness he said, and the two along with Williams managed to swim to shore. Solie said Williams crawled to a nearby house to summon help. When the rescuers arrived, Solie said, the injured wrestlers were attempting to lower a small boat into the bay to begin a search for their friend.

A Tampa General Hospital spokesman said all three men were in satisfactory condition, but under heavy sedation Thursday afternoon. 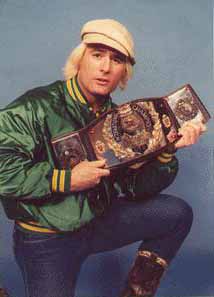 The above newspaper report was one of many articles sounding the alarm that four professional wrestlers crashed in the waters of Tampa Bay in the wee hours of the morning. What’s different about this one is, Bobby Shane was identified as being killed in this horrible life changing event! Earlier press reports went something like this: “Airplane Carrying Four Pro Wrestlers Crashes In Tampa Bay”! “One Missing”! At least this one gave a glimmer of hope that all four of us might have survived a very real nightmare! All hopes were dashed when the above article was released. Our friend and colleague, Bobby Shane, was dead! It was on a beautiful crisp sunny day in Tampa, Fl, the exact date being, Wednesday February 20, 1975 and I was scheduled to wrestle in Miami Beach.

Few people know that I had a reservation on Delta airlines that would take me to Miami on this particular day. My reservations included me staying overnight and flying back to Tampa the following morning. It was a done deal and this was my plan of the day. I can’t recall the exact time of day but, the phone rang and it was my good friend Gary Hart who resided in the upscale apartment below me on the other end of the phone. Gary asked how I was traveling to Miami and I told him about my plans on Delta. He was flying down with Buddy Colt and Bobby Shane in the Cessna 182 that Colt would be piloting. Gary invited me to catch a ride with them stating I could be back that night and not have to stay over in Miami. As tempting as it was, I told Gary that I was going to stick with my plans and do the Delta thing but, expressed my gratitude for the offer. Later that day Gary phoned me again just to make sure I wasn’t having second thoughts about flying with them. I held pat and said, ” I’m sure but, thanks again”. Now I started to think about flying with them, returning home the same night, saving a buck on Delta and a hotel room. Plus, it was a beautiful day for flying! You know sometimes how your mind can play tricks while your “Inner Voice” is screaming at you? My inner voice was getting louder!

Now my mind was playing tug of war with me, and I kept weighing the pros and cons of the two choices that were in front of me for tonight’s wrestling matches at the convention center in tropical Miami Beach. I was laying out by the pool catching some rays of sun on a perfect Tampa, Florida day when I saw Gary approaching. We talked as good friends do and he asked again if my mind was made up about today’s travel arrangements? It was at this moment my life was about to change, “Forever”! I asked Gary if he had flown with Buddy before and he said yes, Buddy was a former Marine and a very competent pilot. Now I am thinking, former Marine (very Disciplined), competent pilot, and my mind is starting to say, “This sounds pretty safe and sound, why not go for it”? On the other side of the coin, my inner voice is saying, “Don’t do it, play it safe and fly Delta”! We Have A Problem Houston! The problem was, who do I listen to for guidance? My mind or inner voice, and make no mistake about this my friends, they both exist in all of us! With my inner voice screaming at the top of it’s lungs, “Don’t do it”, I decided to ignore the screams and accept the gracious offer from my buddy Gary Hart. This was completely my decision and no one else is responsible for what happened to me on this tragic evening in Tampa that resulted in the death of Bobby Shane, serious injuries to Buddy Colt, Gary Hart, and myself aka “Iron” Mike McCord.

My point here is, we are all responsible for our actions and decisions! The flight down with the boys was flawless and I was feeling pretty good about the travel option I made this Wednesday. The wrestling matches were over and after showering, dressing, and packing our bags we made our way back to Opa-locka airport where we had landed earlier in the day. Now it’s time to prepare for our return flight back to Tampa. The weather was perfect, crystal clear, and the evening sky was on fire with stars that twinkled like diamonds! Buddy, went through the customary check list prior to starting the single engine four passenger Cessna 182 aircraft. Take off was smooth as the plane began it’s assent into this dreamy night that was on the brink of turning into an absolute nightmare!

Everything was going along as planned as we chatted and bantered back and forth, mostly about business. Buddy said little, as he focused on piloting the plane. Business in Florida was on fire with Dusty Rhodes building his legend as the “American Dream” and “Playboy” Gary Hart, building his legend with, “Harts Army”! The Playboy was on a mission to destroy the Dream, and venues were sold out everywhere! “Iron” Mike McCord was really on vacation but, one day “King” Louie Tillet called and asked me if I wanted to work a little bit? I said, “Sure” figuring, there’s nothing better than a paid vacation, especially when it’s in your home state. Little did I realize, this would be a vacation that I would never, ever,forget! Honestly, buildings were packed every night and Florida was the hottest territory in the country and here I was on vacation. Pretty good gig putting it mildly.

Gary and I were extremely close and he confided in me with the utmost details and information of the goings on behind closed doors. The Playboy possessed a brilliant mind and I owe him allot for sharing so much with me. I was a good student and knew one day, I would use this valuable information for a greater cause. I utilized many of Gary’s ideas coupled with my own, and It turned out to be quite successful, especially when The “Universal Hearthrob” Austin Idol hit the scene. With our flight still smooth as silk, we were approximately 50 miles from Tampa International Airport. This is where we departed earlier in the day. We were in the Sarasota vicinity when Buddy radioed the flight control tower and checked in with the controller about our soon to be landing. I will never forget what the voice from the control tower said. Tampa International is closed due to low ceilings (Fog) but, Peter O’Knight off of Davis Islands is Open!!

To Be Continued Next Week! Don’t Miss It!!!.

– STICKS AND STONES MAY BREAK MY BONES BUT AUSTIN IDOL WILL NEVER HURT ME.