Below you are going to find a picture that was tweeted by Asia Argento who is of course daughter of master horror director Dario Argento. It’s long been known that she would play a role in Dario’s next project which is of course DRACULA 3D. It appears now that she will be playing the lead female role of Lucy. 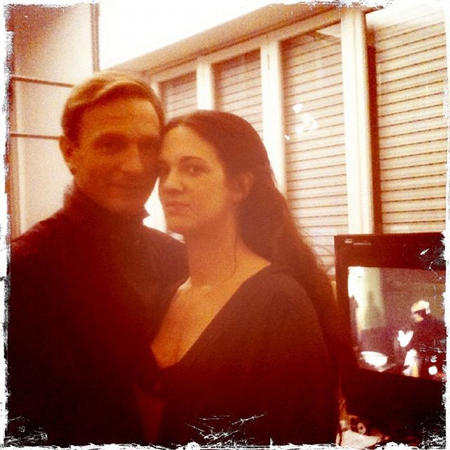 Which she captioned Dracula and Lucy.

Quite obviously our leads are not yet in costume so filming has yet to commence but things should be gearing up soon and lets hope that Asia keeps that camera handy and gets some early shots out.

Keep it here for the latest.