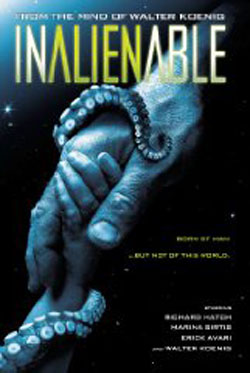 Still guilt-ridden over the accident that took his family’s lives, Eric Norris discovers that his body is host to a parasite from another world. Except, it is more than a parasite: it carries his DNA

Richard Hatch plays Eric Norris, a scientist who is trying to discover a solution or cure for diseases by using lab monkeys. His work has become the focal point after his family was killed in an accidental car crash some time ago. (Courtney Peldon) Amanda Mayfield assists him in the lab under the careful watch of skeptical (Walter Koenig) Shiling who has threatened to cut off his funding if he doesn’t produce results. One night a meteor hits in a local field which is delivered per his friend Andreas Cabrosas (Gary Graham) who lets Eric hold on to the meteor to study.

The meteor releases a parasite which finds its way into Eric’s body and fuses with him as a host. Fair enough, we’ve seen this kind of incident happen before though this time it creates a womb on the stomach of Eric which gestates into a full grown baby alien squid thing. Now of course the scientists right away want to experiment and examine this rare alien offspring, but Eric develops a close bond with his newborn squid son and is needed to help the boy he named “Benjamin” into progression. Prior Eric develops a quick and get right to it relationship with his assistant Amanda who after quikcly professing their love for each other try and get thru the whole alien ordeal. The film takes some odd turns. Ones that I wasn’t expecting.

I think I read somewhere that this film was the Kramer vs Kramer of scifi. Well I have to agree. The footage of Benjamin leeks out and becomes somewhat of a media frenzy. Yunno, alien boy on film and all. This leads to a viral video leak and so on which doesnt waste any time to becoming front page news. All comes to a head in which the courts come into play on whether the boy belongs to Eric..the father or is property of the US government for experimentation. So we move from labs and such into the courtroom.

Each side states theircases and the boy continues to grow …tentacles and all. Strangely enough, they didn’t use CGI in this film and went for practical FX on the octo-boy. Though much of these scenes really make me laugh more than frighten. As the tentacles wave around from his back kind of like Sigmond and the Sea monster. OK…. maybe not as extreme…but still kind of wacky. In all …the movie is more of a heart warmer than serious scifi horror. A boy and his dad…or maybe a squid and his dad…something like that. I give it points for going a different route than say the expected “Species” scenario. Yunno, boy gets bigger, runs amok and kills everyone except dad. No ….Walter Koenig went for a lifetime channel scifi concept that is safe for kids to watch.

Written by and co starring Walter Koenig, the cast seems to be a hub for star trek actor drop ins. Not that there’s anything wrong with that as its pretty common for actors to network on new film releases. This is actually is the first film where Walter has taken the lead as the sole writer. For my tastes the film was a bit too light and safe. I really wouldn’t put this film into he horror category………..

It’s good to see Richard Hatch taking break from the Battlestar Galactica thing, I’d like to see him thrown into more roles as he brings his professionalism to the table. Courtney Peldon who has been keeping busy with alot of TV series appearances is one smoking hot lady. Add the whole scientist with glasses thing and it ups the anty even more. I’m not sure I’d watch this again, that doesn’t make it bad…just a bit light for horror viewers. Star trek fans will love the cast of characters that stop in for parts. 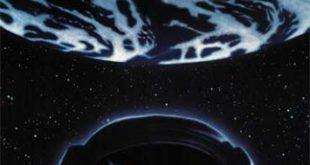 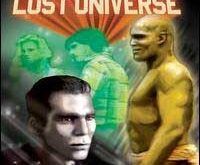