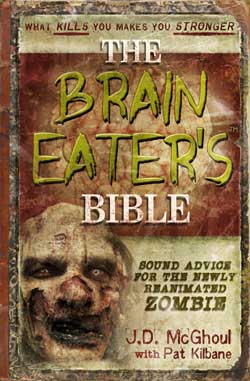 April 22, 2011 — Los Angeles, CA – Actor Pat Kilbane (Mad TV, Seinfeld) has taken publishing to the next level – six feet under – with the multi-media adaptation of his book The Brain Eater’s Bible. Kilbane, working with Zentro Media, has created an interactive field manual and manifesto for the reanimated dead, complete with videos, 3D graphics and special effects.

The app, which will be available for download on the iTunes App Store, is written from the point of view of a cogent zombie who schools the undead on subjects such as man hunting, brain eating, and zombie anatomy. For added gory realism, the app features creature design by Emmy-winning effects expert Dean C. Jones (Star Trek: Deep Space Nine, Toolbox Murders).

“The Brain Eater’s Bible app brings the zombie world to life,” Kilbane says. “The interactivity and video capabilities of the iPad are amazing. When you combine that with high-end makeup effects, it’s as close as horror fans can get to a zombie apocalypse without being eaten.”

· The 160-page full-color e-book
· 18 videos from zombie author J.D. McGhoul, giving tips on everything from self-esteem to self-defense.
· An interactive 3D model of the skull, showing where to best access the brain.
· Hundreds of zoomable and interactive photos illustrating zombie science, psychology and survival techniques.
· Scrollable zombie martial arts sequences.
· Animated schematics showing how to ambush human prey.
· McGhoul’s “notebook entries” with bonus commentary for almost every page of the book.
· Animations of the zombie virus attacking human cells

Kilbane, a lifelong horror and science-fiction fan, conducted exhaustive technical research for this project, including interviews with many bona fide experts. “SEAL sniper Brandon Webb showed me how a zombie would best dodge bullets,” Kilbane says, “and brain surgeon Sohaib Kureshi told me what it might feel like to bite into a hypothalamus. I also spoke with paramedics, immunologists and martial arts professionals, among others.” 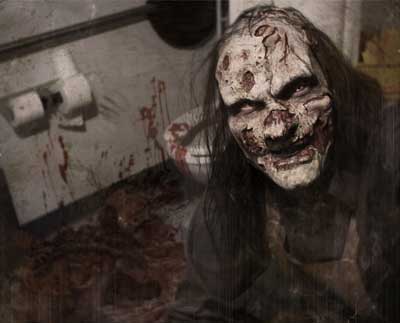 Kilbane got the idea for The Brain Eater’s Bible while shooting the 2008 film Day of the Dead in which he plays a scientist who becomes a zombie. “I loved picturing the world through cloudy, undead eyes,” Kilbane says. “With this project I can deeply explore that point of view and share it with fellow zombie enthusiasts.”

A traditional hardcover version of The Brain Eater’s Bible with full-color photography is available on Amazon.com. 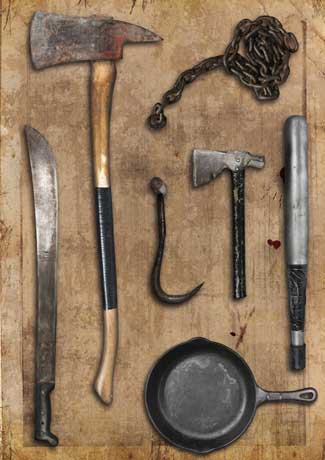 ABOUT THE AUTHOR
Pat Kilbane is best known for his three-year run on Fox’s Mad TV, though many remember him for his role as the “anti-Kramer” in the Superman-themed Seinfeld episode “The Bizarro Jerry.” He has appeared in sci-fi films such as Evolution, Meet Dave, and Day of the Dead, and had a multi-year contract with Dreamworks developing science fiction concepts for television.
Raised in Dayton, Ohio, Kilbane earned his bachelor’s degree in French from Beloit College before beginning his career as a stand-up comedian. He headlined clubs throughout the United States and was featured on Showtime’s Full Frontal Comedy as well as A&E’s Evening at the Improv and Comedy on the Road. After moving to Los Angeles, he appeared in over a dozen national commercials and guest starred on the shows Arli$$, Spin City and My Name Is Earl 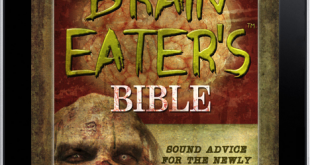