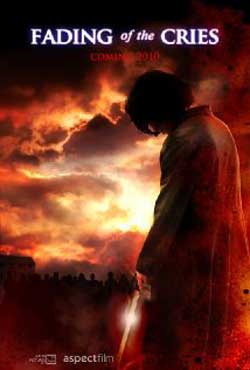 Jacob, a young man armed with a deadly sword, saves Sarah, a teenage girl, from Mathias, a malevolent evil that has begun plaguing a small farmland town while in search of an ancient necklace that had belonged to Sarahs Uncle.

Jacob sets out to get Sarah home safely, running through streets, fields, churches and underground tunnels, while being pursued by hordes of demonic creatures. Along the way, both come to terms with the demons within themselves – Sarah begins to understand her hatred towards her mother and sister may be unjustified and Jacob discovers the secrets of his past, realizing the only way to truly defeat the demons is to return to the very place his family was murdered.

I’ll admit that after seeing the first five minutes of this movie I was pretty sure where this was going. Oh you know, the usual story of a man moving into a creepy old mansion, weird things happening as he slowly loses his mind. But wow, was I fooled. About ten minutes in something happens that throws this story into not only a completely different direction, but arguably into a different subgenre of horror movie. Now that is no small feat. And while with this new story direction it eventually falls into more comfortable trappings of a familiar plotline, Fading of the Cries manages to keep the viewer entertained as it moves at a brisk pace.

We meet Michael (Thomas Ian Nicholas of American Pie) in the opening scene, where he arrives at his new home. Sure it’s large and foreboding and he got it at a cheap price, but after the sudden death of his wife and daughter, maybe this is what he needs. After all, his sister is close by for support and his publisher feels this is just what the doctor ordered as far as getting his head back into his unfinished novel.

Cut to fourteen years later where we meet his young niece, Sarah. She is your typical troubled teen who hates her mom and just wants to do things her way. While in her room she rediscovers the ancient necklace that was given to her by her Uncle Michael. She promptly puts it around her neck, grabs a bottle of booze and heads out the door. It isn’t long before she meets up with one of her friends in front said Uncle’s creepy old mansion. He has since passed on but the trip down memory lane is cut short by, well, to say more would ruin the surprise. Let’s just say I didn’t see it coming.

I will say that she is rescued by a young man named Jacob, who just happens to be very handy with a sword. And thank heavens for that because he is going to be using it again and again and again. The two just manage to escape and we quickly find out who is behind all of the madness. Just a super evil guy named Mathias (played by veteran character actor Brad Dourif). And wouldn’t you know all he wants is that ancient necklace back, the one he claims was stolen from him by Michael. But Sarah ain’t budging. It’s going to take more than threatening words for her to relinquish it.

Fading of the Cries is a solid movie that actually manages to mix several subgenres of horror without it feeling like a complete mishmash. Credit writer-director Brian Metcalf for delivering a fresh take on a familiar plot. The acting is what it is for this type of fare, but no surprise that Brad Dourif stands out among the cast. It doesn’t hurt that he is also given the best dialogue. Fun to see Thomas Ian Nicholas as Michael (I actually remember him as the star from Rookie Of The Year), the man who slowly finds himself overwhelmed by a mysterious journal found under the floorboards.

The special effects are okay for the budget and the gore ample enough without being overboard. The fight scenes are actually very well choreographed and well done. You won’t find any cheap, quick camera cuts here and that is a blessing. Sure, some parts of the movie are hokey but there is enough here to overcome them.

I would say catch this one on rental if you can as it is a quick watch, although I wouldn’t rate it on the level of a purchase. After you know what is going to happen I’m not sure how it would hold up on repeated viewings. That said, Fading of the Cries delivers exactly what you should expect from a B-movie: a fun, cheesy ride.

Fading of Cries is now available on DVD from Lionsgate Entertainment