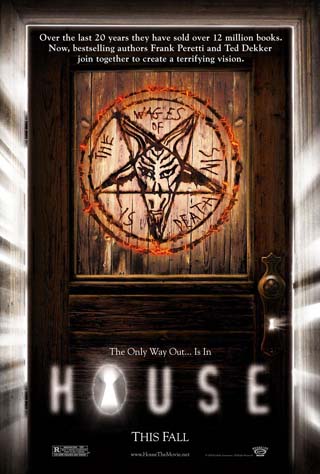 Trying to recover from the nearly marriage-breaking stress following the death of their child, Jack (Reynaldo Rosales) and Stephanie (Heidi Dippold) spontaneously take off on a road trip. But when their car breaks down in a remote area, they find themselves in a horrific nightmare. Seeking shelter in a house, they soon realize that more danger lurks inside than outside in this spine-chiller based on Ted Dekker and Frank Peretti’s best-seller.

A couple on road trip trying to relieve the stress of their daughter’s death, run off the road when almost crashing into a stranded off road vehicle. The officer at the scene comes across rather creepy as he asks for identification and then gives the couple somewhat of a hard time about it. After giving them directions to a shortcut, they of course take it and breakdown after hitting an object in the road. Now my first thought is how many films have to have the token shortcut mistake to learn that they should just stay on the road? This little tidbit, ran pretty old to my horror film intellect and probably should have been left out in favor of a original opener.

So of course the couple find themselves at an old house shortly after with a welcoming sweet old lady.Of course not till running into the other couple who happened to strand themselves as well. Well I can save you the 10 minutes of redundancy by giving you the lowdown that the old sweet lady aint so sweet and she has a few odd family members that lurk about as well. So at this point I was hoping for something new. Bill Moseley makes his usual psycho redneck kind of appearance and with a few other introductions we are at home with the clan.

Where do we go from here? Oh ya, the house is sort of a hell portal and the family members are demons or satanists, what ever. They of course seal this notion with smoke that emits from there eyes, just in case we didnt catch that bit of information. But to be honest nothing really that creepy ever pops up and we spend most of the film running around the house.

Add a Satanic symbol in the basement and the couples are off and running. A chase takes place, the family gets more aggressive and a little drama gets played here and there. The film comes full circle with a surprise ending that is again pretty redundant and at some point we make it to the end credits. Now if I missed anything, there is a creep outside they call tinman, a few hallucinations, and a house that wont let you leave till they have a 1 dead body as collateral. 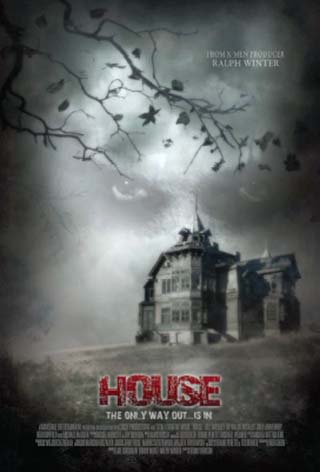 I’m sorry to say this film didn’t really go anywhere for me. An attempt was given to induce suspense by way of the main characters struggle with trying to escape the house but the thrills were pretty limited and the whole hell house thing fell pretty short. Bill is a good actor but I think this film was more of a paycheck for him than anything. Films like this are why I anticipate the good ones to reward me for time lost on duds like this. The production value wasn’t bad, its just the story was not up to par to entertain. Sorry but I’m going to have to give this a solid “eject” and move on.