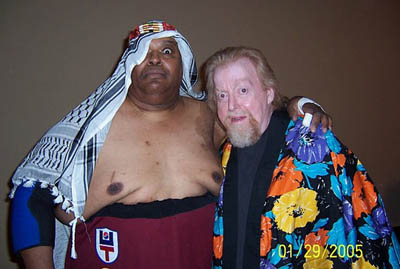 Sir Oliver Humperdink ( real name : John Sutton ) passed away early Sunday morning. He lost his fight against cancer at the age of 62. I had the honor to talk with him for Horrornews.net a few months ago in one of his final interviews. Thank you Sir for giving me that opportunity! We talked about both horror and wrestling. He was also known as Big Daddy Dink in the WWE. Throughout his career he managed many professional wrestlers that included the likes of Bam Bam Bigalow, Adbullah the Butcher, Kevin Sullivan, The Great Muta, The Funk Brothers, The Fabulous Freebirds, and many, many more. Earlier this year, he was diagnosed with bladder cancer. He opted against chemotherapy because of his health condictions, and entered hospice care. He will be missed.

Here is the Horrornews.net Interview with Sir Oliver Humperdink –