WWE® Superstars and Divas To Appear During 2015 Wizard World Comic Con Philadelphia, May 7-9 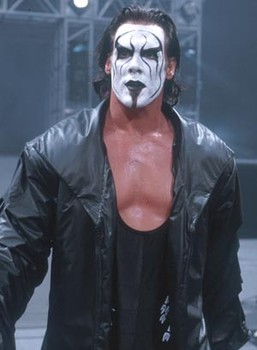 Reigns and Paige will appear on Thursday, May 7, greeting fans, signing autographs, posing for dual and solo photo ops and conducting a dual Q&A panel. Ziggler (who will conduct a solo Q&A panel) and Orton will attend on Friday, May 8; Sting is scheduled for Saturday, May 9, and will make a rare appearance in face paint.

“We have rolled out one of our largest WWE guest lists ever for Wizard World Comic Con Philadelphia,” said John Macaluso, Wizard World CEO. “This very special appearance by Sting in face paint is what makes the WWE guests so unique to Wizard World. What an amazing collection of talent under the same roof!”

It will be the first Wizard World appearance for Sting, often dubbed “The Franchise of WCW,” and one of the most recognizable and unique faces in sports-entertainment history. Although his first appearance in a WWE ring will be at WrestleMania 31 at Levi’s Stadium in Santa Clara, California, he remains one of the most popular and respected competitors of all-time.

“I am excited to see all my longtime fans for the very first time at Wizard World,” said Sting. “And to commemorate this, I’ll be appearing in face paint. This appearance will be truly something special.”

The 2015 Wizard World schedule is available at: wizd.me/PRSchedule2015.