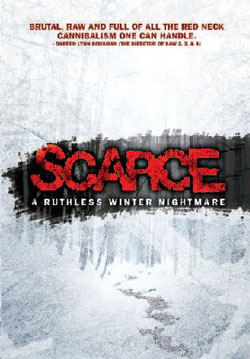 You’re trapped in the dark elevator of a deserted building with two strangers on a hot August afternoon, with a dire need to be somewhere else. Things couldn’t get any worse… unless one of you is a psychopathic serial killer. Amber Tamblyn (The Sisterhood of the Traveling Pants, TV’s Joan of Arcadia) and Aidan Gillen (The Low Down, TV’s The Wire) star in this riveting thriller about what happens when escalating hostility, fear and desperation turn people into vicious, caged animals

The film begins much like an college kid National lampoon type story. 2 friends out on a road trip partying looking for girls and making cheap gags at one another. From this kind of humor you almost assume what kind of movie your getting into. The 2 friends are Dustin (Thomas Webb) and Owen (John Geddes) (also 1/2 of the directing talent). Owen sports a Beavis type hairdo and Justin is the smart one who seems to have all the answers.

They are also accompanied by a 3rd friend Trevor (played by the Director Jesse T. Cook) who asks to go along for the ride. Though when they stop at a local redneck diner for a bite to eat, the sh*t starts to hit the fan. First off after finishing a rather unsavory meal the diner accuses them or trying to rip them off by hiding their placed $20 and asking for another. Then they are greeted by the machete wielding cook. So taking the advice of one of the customers they set out on there way per a shortcut to get to where they are going. Now I’ve seen one too many films to this day that offer shortcuts and lead to chaos. This time is no exception to the rule as they slam into a roadblock and injure there tagalong friend Trevor. With no choice but to seek help to get him to medical help they head down the road on foot and come across a local residence. Soon after entering the are greeted by the owner Ivan (Steve Warren )who offers them help.

Its at this point all the humor goes out of the film as we soon find the owner is in fact a cannibal. Though first without being cordial and offering them a place to stay for the night. Upon driving back to their friend he is discovered to be missing and a reported blizzard us on the way.

Scarce actually refers to the limited amount of food the mountain folk have to endure though the winter, so as a result they have acquired a taste for human flesh per way of lost travelers. There isn’t a whole lot new to this concept except that the filmmakers try and take it to brutal nasty levels as we’ve seen in recent French films. It seems the whole torture and eating trend is still alive and evident in films like this. Though they couldn’t give you the goods without a brutal torture scene of toe-nail peeling and tooth pulling. Hard to watch in any situation. As the story moves forward we are revealed a whole flesh eating and trading way of life per 3 mountain men who seem to have no mercy when it comes to being hunger. Our tagalong friend being the first , is placed in an iron maiden looking cage where they strip chunks of meat from his spinal column. The rest left to torture and kept alive are done so in the hopes of curing the meat better. Seems they have it all worked out. The owner Ivan explains he’s been a human flesh eater for 30 years now and has no plans on stopping.

In my fact checking it appears this is only the 2nd directed film by the directorial team of Jesse T. Cook and John Geddes. For a 2nd round out, they seem to have a firm grasp on filmmaking and it shows in there work. The subject matter may find its way more towards the gore torture crowd but the talent is there.

This is pretty well shot film from a team that clearly knows what they are doing. All the FX work and brutality works with maximum effect and the acting talent seems to be a perfect casting for Scarce. Of course we root for the teens to escape though I’m guessing that they are only a step away from death after all they endured. The most impressive aspect was the number of shots that the teens had to endure running through the snow and outdoors with nothing on but shorts and a t-shirt. It’s possible they used fake snow but it didn’t seem likely which means they had to put up with a pretty hard shoot in freezing conditions. The film falls into the lumping of torture films that have come out in the recent years. This is the direction taken rather than scares and suspense. Fans of “Hills have Eyes”, “Hostel” and “Vacancy” will enjoy the experience .High of brutality, and gruesome kicks! 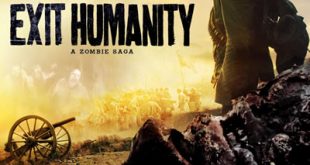 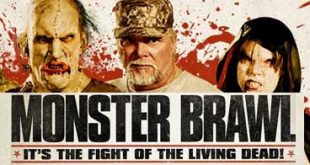