Trent Reznor Not Involved With ALVH

Trent Reznor put an end to speculation that he would be some how involved with the upcoming film adaptation of Abraham Lincoln Vampire Hunter.  He will not be scoring the movie nor acting in it.  His response though is not all negative.  Read it through to see what he is working on.

“Don’t believe everything you read. As it turns out, I WON’T be working on (acting or scoring) ALVH after all. There’s no juicy story here, it’s just that when the news mysteriously leaked out about my involvement I hadn’t made up my mind completely, because various aspects of the project were changing. I felt the need to say something earlier this week because my inbox was filling up with speculation, and at that moment I thought I would be doing it. Confused yet? Apparently I am.

Bottom line, I wish them the best with the film and I’m sure it will still be great.

Also, in all the excitement of the last note I forgot to mention we’re still fully engaged with the YEAR ZERO miniseries, writing away.”

Trent posted this message to the official NIN website.  To be honest I am a LOT more excited about the possibility of Year Zero then I am about ALVH.  The album was great and the idea of a mini series telling the story has just got me incredibly excited.  I am always looking for movement on this so I am hoping they are closer to production then letting on.  That has got to be one of the most exciting things that Trent is working on right now. 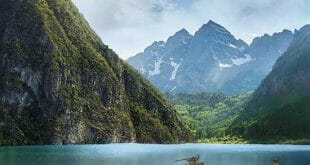 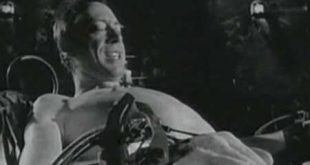