One of the many music videos released by the music act Nine Inch Nails, “Happiness in Slavery” was a track on their “Broken” EP released in 1992.

The video itself is an all black and white music controversial video that was included in the NIN’s “Closure” video compilation release. It’s original version (un-edited) was banned due to its extreme graphic nature. Trent Reznor, the creation force behind NIN has commented in reports that the video was his interpretation of “music freedom” created after a battle with his label TVT Records. 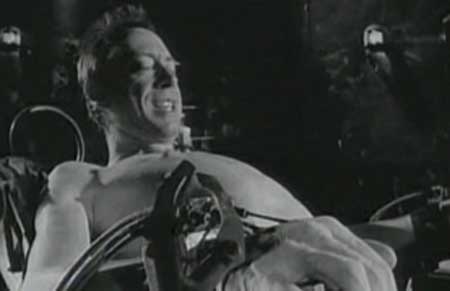 The video can still be seen on various You tube channels in its raw unedited form.

“Happiness in Slavery” features actor Bob Flanagan in this Jon Reiss directed music video. As Trent screams the lyrics “Slave Screams” over each verse we are taken to a small dark room hosting a curious-looking chair at its center.

The chair which resembles that of a modified dentist chair sits among various sacrificial artifacts. Our subject disrobes and prepares for the experience that the chair was designed for. Metal parts raise and prod our subject in violent fetish-rooted ways until they ultimately begin to dig deeper into his skin. 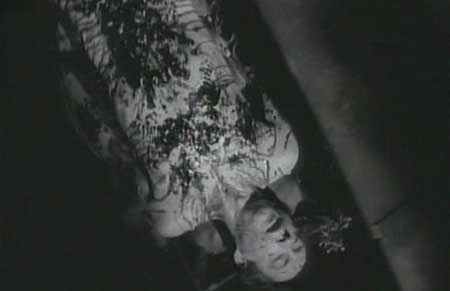 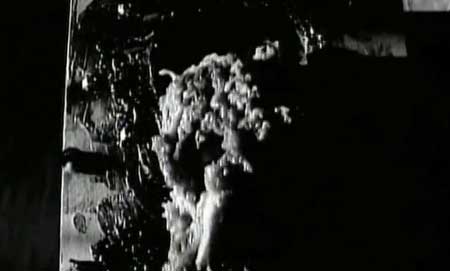 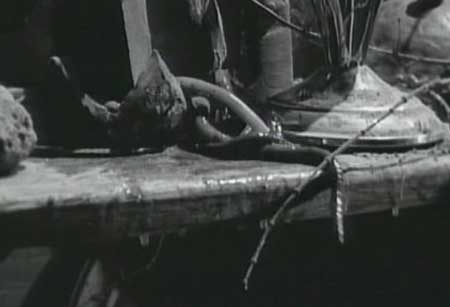 The device which is cross between a torture device and death machine slowly executes its subject among the setting of maggots, worms, and a disposal system intended to grind his remains into meat for the earth below. It is clear that the machine initially offers some level of pleasure before it elevates to more extreme measures. While the piece does elevate to brutal execution scenes it is still shot in a way that is beautifully composed partly due to its black and white chosen presentation.

Tenet appears at the end of the video as a “next in line” participant. 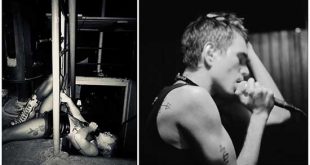 Trent Reznor Not Involved With ALVH