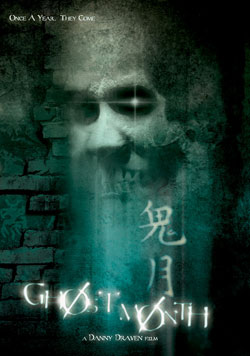 Writer/Director Danny Draven takes the helm for this supernaturally driven shocker about an unassuming housekeeper drawn into a terrifying world of vengeful apparitions. According to the Chinese calendar, the seventh month of every year marks the time when the restless spirits of the dead break free from the gates of hell to mix among the mortals .During this time, specific rules must be followed to avoid falling prey to the spirits of the damned.When a solitude-seeking housekeeper arrives at the desert home of a superstitious Chinese woman and her devoutly religious aunt,death senses an opportunity to extend its grip into the mortal realm.

An independent release starring Marina Resa, Shirley To and Rick Irvin.Wri ten and directed by Danny Draven, Ghost month as we are told is the period where Heaven, Hell and the realm of the living are open and which ghosts and spirits, including those of the deceased ancestors, come out from the lower realm. For the Asian culture, this is a serious time to be respected, even though it is not believed by all of the culture. Certain religious preparations are made as well as traditional aspects that should be adhered to. Breaking those rules, can lead to the spirits taking notice and a potential haunting can occur. Sounds pretty reasonable. Don’t mess with the spirits during ghost month. Of course this kind of premise is a horror movie waiting to happen and follows a formula that is familiar in other similar trends. Though as a viewer I never tire of a good ghost story and seem to never get enough.

Alyssa (Marina Resa ) a newly hired housekeeper arrives at a beautiful house set in the country. Owned by a wealthy Asian family the house is found to be be both tranquil and mysterious. She is greeted by her employer Miss Wu and Aunt Chen who are hospitable but a bit cold and traditional. As the story goes Alyssa tries to deal with her new job, spooks, some hidden secrets on the former housekeeper, a noisy neighbor and here abusive ex boyfriend. The tales is centered around this unwakening of the dead spirits and their haunting of the house.

It does have its mix of thrills and chills. Even though this movie is rooted in Asian tradition it is by no means in my opinion an Asian horror film. It just happens to be focused around a myth that is honored in the culture and stars a couple of Asian actors. I know the influence was there, but to me Asian films have a combination of certain camera moves, pacing and story quirks, that simply wasnt present here.

Danny Draven, it appears is no stranger to working on horror films as he has a pretty wide selection of roles he has taken on in productions. His credits include several other works in which he has done a number of various film making aspects. So he does come to the table with healthy experience.

I think Ghost month is a pretty solid attempt. While I find myself somewhat in the middle on this one, I think its worth it to point out pros and cons. The pros are when the scares are turned on, they are minimalist but effective. Which I think is the way to go. The CGI FX were pretty solid for there quick appearances as well. However, I did feel like there just wasn’t “enough” scares for me to keep me on edge. To be more specific it was lacking alot of that “scary sneak up on you moments in the background” creepiness. We do see a couple of hair movements under beds…kind of stuff, though I thought they could of really amped up more of these kinds of things to increase tension. Some of the ghost shost were hard to see due to lighting, which confused the visuals on what you were seeing.

GM has alot of drama that slows the pacing of what could have been a dynamic horror film. I would have liked to have seen more ghost action, and ethereal creepiness in place of drawn out drama. Another pro is GM was filmed on 35 MM, which tends to usually be a pro in most cases. However , a touch more film treating would have sealed the deal …maybe not alot just enough to give it some additional mood toning to convey a deeper sense of cinematic’s

I couldn’t review this film without mentioning how well the background score is composed. With music by Jojo Draven, it truly is a strength in this film by creating that creepy, orchestral ambience that covers the film front to back. Great job and very appropriate backing track to carry the visuals throughout.

As mentioned before Ghost month is a solid attempt. Its got some creepy moments that work and some middle story drags that slow things down a bit. Overall, a decent film with creepiness to satisfy, Nice to see it cover a tradition such as Ghost Month that may inspire others to take on the old lore in there film projects. I’d like to see more work by Danny after he’s had time to refine his approaches and techiques. I think he’s on the right trail though and the fine tuning will come out naturally in his future works. 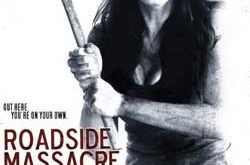 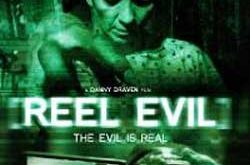