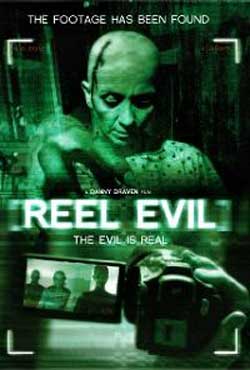 Struggling filmmakers – Kennedy, Cory and James – finally catch the break they were looking for when they are hired to shoot a ‘behind-the-scenes’ documentary for a major studio production. But their dream job quickly turns into a nightmare when they explore the legendary, haunted location and find something far worse than anything Hollywood could create. Terror becomes reality for the filmmakers as they uncover the malevolent secrets of the hospital, and the sinister doctor who once ran it. Trapped inside the hospital with no apparent way out, our crew is tormented by the evil, unspeakable fear.

Reel Evil is yet another found footage, fake documentary film similar in its origins to many others you will have seen. If when you read that line you sighed wearily, you will not be alone, and I must confess to a similar reaction when the film began. But during the film, despite my initial and understandable reaction, I found myself being drawn in. Let me explain. 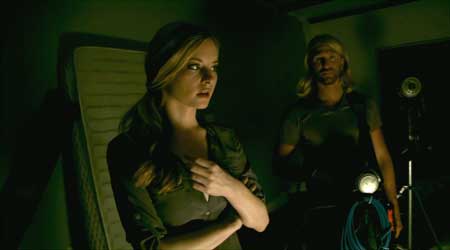 The basic premise, as with most found footage productions, is simple and usually based around a tried and tested formula. In this instance writer Shane Bitterling and director Danny Draven have given us a young team of filmmakers Kennedy (Jessica Morris), Cory (Kaiwi Lyman) and James (Jeffrey Adler) heading to a meeting with a producer to pitch an idea for a documentary. When they emerge from the meeting they realise they have actually been tasked to produce a behind the scenes documentary on what is apparently a big budget Hollywood horror film. As the bulk of the film is to be set in an abandoned insane asylum this is where their filming will commence the following day. 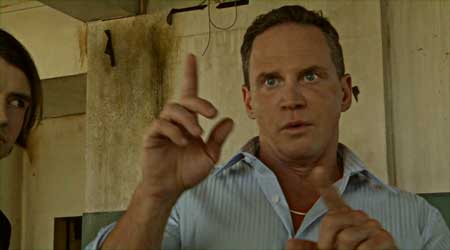 After some preliminaries, such as meeting a strange character who is presumably a former resident and has a curious collection of facial warts, and spending a long time actually gaining access to the building, they meet the director and cast. The frosty reception they receive spurs them on to explore the asylum to make their own documentary rather than actually stick with the project they are being paid for. As they wander further into the depths of the building strange events begin to occur and they must decide whether they are real or all part of a prank. 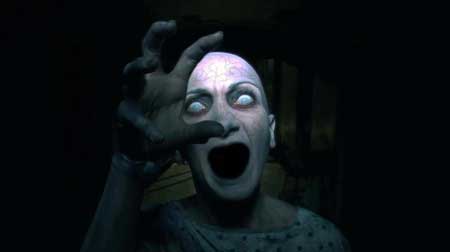 The first thing to say is that Reel Evil really surprised me. Not for one second am I saying that there will be a renaissance in found footage filmmaking but this is a pretty good way to sign off. From the high point, and originality, of The Blair Witch Project which restarted a genre that began with the classic Cannibal Holocaust, through the lows of the Paranormal Activity commercial bandwagon we have seen too many of these films and the majority have been disappointing. The interesting thing about Reel Evil is that it doesn’t do anything different, doesn’t attempt to re-write the rules. The director has stuck with the formula and simply applied it well. The suspense is built slowly throughout during scenes that at times can be a little drawn out. There are many shots of the leads walking down gloomy corridor after gloomy corridor, but this just reflects the tedium felt by the characters themselves. There is a point where, bravely, the film moves out of this darkness and back into the light, giving a brief respite but this only serves to unsettle the audience further. 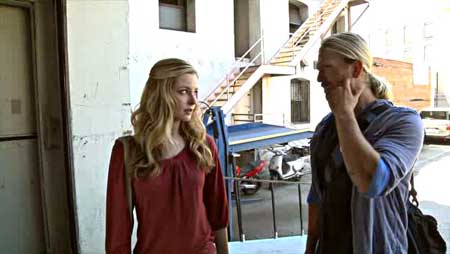 The performances of the three leads are excellent, especially Kaiwa Lyman as Cory, in conveying their different reactions and emotions to the events they are experiencing. The script is believable, and possibly ad-libbed somewhat at times giving a more believable depth to the action. The direction is a little predictable and annoying at times but this is possibly a harsh criticism and seems to be an unavoidable by product of this type of film and certainly doesn’t detract from the story. Where Danny Draven has been strongest though is in his patience. 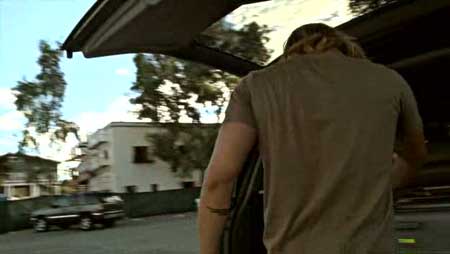 At just 77 minutes this is not a long film but the director waits and waits before delivering the “boo scares” and horror that the audience has been anticipating, so that when they finally come it is almost like a release of tension and pressure in what is a short and brutal final act.There are issues here though. The supporting cast are simply terrible. The key element to a found footage film is that the characters must be believable and not give the impression that they are acting, but some of the cast are just not up to this task. There is a slightly comic scene with the various characters walking in and out of one corridor through different entrances and exits which reminded me of a chase scene from Scooby Doo and just doesn’t add to the film. And it is a bad title! But these are all minor gripes in what is an enjoyable and scary addition to an overused and tired genre. If Reel Evil does unbelievably prove to be the last of its kind then it is fitting and well produced epilogue. If you’ve grown weary of this type of film I would urge you to give it one last go, one final swansong and watch this film. It may surprise you too.