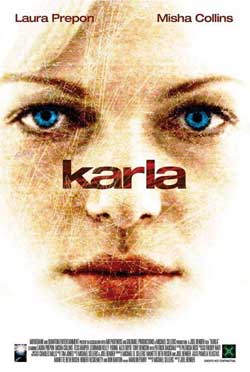 Director Joel Bender’s disquieting psychological drama stars Misha Collins as Paul Bernardo and Laura Prepon as Karla Homolka, a notorious husband-and-wife team who abducts, sexually abuses and kills three young women. Unfolding from Karla’s point of view, the film — based on a true story — explores whether she was a willing accomplice to the crimes or merely a victim of Paul’s influence. The supporting cast includes Tess Harper.

Hell-o, True Crime enthusiasts and those that like your Horror to be a little closer to home. Here is another case I have followed since it unfolded and they made a very controversial film about the whole ordeal. A film so disturbing that Canada banned it in several places throughout because of how close it hit to their home… Practically in their own backyard.

The victims families were outraged that a film like this would even be attempted to be made. As always, someone has to tell the story sometimes. It’s happened with the best (or worst) of them… Ed Gein, Jeffrey Dahmer, Ted Bundy, Gary Ridgeway (“The Green River Killer”), Richard Remirez (“The Nightstalker”), The Zodiac Killer, Henry Lee Lucas and Otis Tool, Kenneth Bianchi, John Wayne Gacy, Aileen Wournos and even a group of teenagers from Florida that offed a bullying neighbor… among countless others, have been immortalized through film. It may be sad, but one thing is for certain… It’s all too true. Some films such as Night Stalker bend the truth for entertainment’s sake. Fuck that. This is one that sticks to the story, which I think you should. Maybe you remember them…” The Ken and Barbie Killers,” Paul Bernardo and Karla Homolka. They were given this name by the media because of their appearance(blond hair, preppy surfer looking couple) This is their story, told through the eyes, mouth and memory of Karla.

Paul was known as “The Scarlsbrough Rapist” before he and his girlfriend (later Wife), Karla kidnapped, sexually assaulted, video taped and killed off the women (well, mostly younger girls) of Canada. Karla’s baby sister, Tammy, was also a victim of her newly wed killing spree. Karla is played by Laura Prepon (Lightening Bug) and she does a killer job. It is some of the best acting I have seen her do and above plenty others as well. Just a bit of trivia before I go on… For those fans of That 70’s Show,there were some episodes where Laura had blond hair.. That’s because she was filming this movie. She could not keep changing her hair color, so That 70’s Show had to write her hair into the script somehow.

Although the film has received many negative comments and an issued ban, there were also many words of praise as well. It was an official selection in four different Film Festivals and Laura’s acting is acclaimed by many (again, including myself) as the best (and most chillingly disturbing) that she has ever done. The film has been called “Disturbing, yet compelling… and “Downright chilling.” I couldn’t agree more.

One factor is that along with Funny Games, this film manages to disturb without showing too much on screen violence. Compared to Funny Games, the chill factor is much higher. The film is also much darker in tone. Instead of showing you the torturous violence that is unfolding, you hear the victims and see Karla’s facial expressions as she watches her husband do his deadly deeds. He sometimes forces her to participate. Paul is played by Misha Collins (24, NCSI). He also delivers a stellar performance as he delivers rape, murder and dismemberment to his young, helpless victims. The dialog and content do not fall short of disturbing as well. In one scene, Karla takes a flower, rubs it on Paul and tells him that the next day, they are going to put the rose on her sister, Tammy’s grave (in which they did not mean to kill, yet Paul had fun video taping it and watching it with his house guests all the same), because it has touched him in his most private places. If that isn’t f*cking sick, I don’t know what is.

Misha also does a good job in being sinister one minute, loving the next, sadistic the next and even sympathetic towards his victims as he mercilessly rapes them. One instance shows this as he tells a young school girl not to look at him, when she does, he almost seems upset that he has to kill her and eliminate the witness. He also abuses them (well, upon everything else) in front of Karla and abuses Karla in front of them as well.

The editing and camera work is awesome in some parts as well. There are some scenes that go from light and normal paced, to dark (as a door closes, blocking the light) and slow motion as the camera pans across several severed and cemented body parts. This is one of the most visual pieces of morbid eye candy within the film. Don’t worry, there are plenty others that are prior to… and follow. The film starts out as a loving couple and their home video footage of each other, digresses into rape, abuse and torture… and then spirals into a black tunneled vision of murder. Karla will do anything to keep her “king” happy… Anything.

The film uses voice overs a lot for love letters and an envelope sealed and coffin enclosed letter to Karla’s sister after they have killed her. For anyone who would love to see Laura Prepon in a much darker light, I highly recommend picking up this film. I liked her (very hot) roll in Lightening Bug, but this is far beyond the sexy teenage Horror fan in a video store. Don’t get me wrong, Laura is still sexy… even as a blond, sister killing masochist that just wants to be loved. This film also shows her getting more down and dirty than ever before. Don’t get your hopes up, assholes… She does not show herself nude at all. Bra and panties, that’s it. This is something that gives me much respect for her. Besides, she is still sexy, no matter what she takes off… or leaves on for that matter. I think it’s awesome that she took a roll like this in the first place. Everyone knows and loves her character on That 70’s Show(I’ve heard, but have never seen). She is supposedly goofy and lovable. She is still lovable as Karla… Just not goofy at all. Even her being lovable could be disputed in the eyes of some viewers. Was she a bloodthirsty killer or a young girl in love?

As mentioned before, The Gore Score is around a five, but the disturbance factor is a dark thirteen plus. There is some violence, but no real bloodshed on film. This film is a prime example that an effective film does not have to be an all out gorefest. I promise as some of you gorehounds watch, you’ll forget that you are even waiting for the first drop of on screen blood. The film stands stable on its own without it. Not only does this make for a good True Crime Drama, but a fantastic and dark, unsettling Horror film all the same. If you are into True Crime or want to watch something (especially as a couple… great lovebird material, for Micky and Mallory Knox… even though they are just Fictional) that will shock, disturb and sicken you, try to find “Ken and Barbie” wherever you can. This is a story that needs to be seen to be believed (if you missed all of the news footage on television as the crime was unfolding). I give this film, Karla, FOUR HORNS UP. 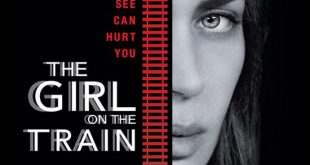 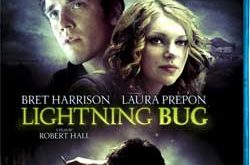 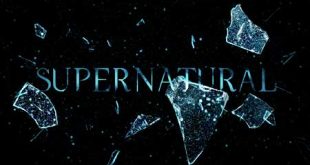