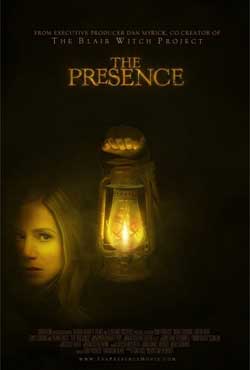 A woman travels to an isolated cabin where she is unknowingly stalked by an obsessive apparition. The arrival of the woman’s boyfriend brings a change in behavior to not only the woman but the presence residing in the home as well. The woman becomes defensively irrational to her boyfriend and the apparition must decide if he wants to intervene or let things fall as they may.

A good ghost story is hard to come by these days. The last one I saw had to have been “The Orphanage”. The last one I read was “Heart Shaped Box” by Joe Hill. A good ghost story showcases elements that other types of horror movies prefer to gloss over in favor of in-your-face, bash-you-over –the-head violence. Elements like subtlety, creepiness, pacing, tension, story, etc. Not only does The Presence deliver on all of these elements with artistic finesse, I believe The Presence is the most innovative ghost story I’ve ever seen.

There was nothing about this film I didn’t like. Tom Provost, in his directorial debut, throws down the gauntlet, bringing a film that whispers its story to you rather than screaming it in your ear. While the script is well written and never seems to stumble or fail in perpetuating the story, I particularly enjoyed those moments when there was no dialogue, just beautiful and dramatic shots of characters doing what they do in the tranquil cabin setting in the mountains of Oregon. The blend of editing and cinematography to create a whole environment was masterful and not indicative of a first effort. Tom Provost gives a clinic on storytelling through a lens of a camera. I also applaud him for using that lens, and for the most part only that lens, to tell this ghost story. I saw only one instance of CGI in the whole film which means he did something daring in telling a story without using special effects as a crutch.

The actors too are brilliant in the film. Mira Sorvino (Academy Award Winner for Best Supporting Actress in “Mighty Aphrodite”) does a fantastic and believable job as the Woman, a character with a substantial amount of depth even before the influence of the presence. Sorvino is able to be that girl who on the surface has it all under control but just beneath that surface, is barely containing a volatile combination of insecurity, uncertainty and fear; a combination that can be heated up to a boiling point with the correct amount of heat. Shane West (“A Walk to Remember”) did remarkably well as the apparition, especially considering he had all of two words spoken in the entire film. This aspect of the film is what I was referring to when I spoke earlier of scenes lacking dialogue. West’s portrayal of the mysterious ghost was effective because the ghost’s presence in the cabin was ambiguous. His history isn’t ever developed as more than a newspaper clipping which is fine because, just as West portrays his character, it doesn’t matter why he’s there, just that he is. Justin Kirk (“Weeds”) does an incredibly convincing job as the Man, a character so in love with the Woman that he takes an inordinate amount of verbal and mental abuse from her. His character is either the most patient man ever to have existed or he is the most stupid. Either way, his love for her is real and Kirk makes it seem plausible that a man would go through what he goes through for the love of his woman. 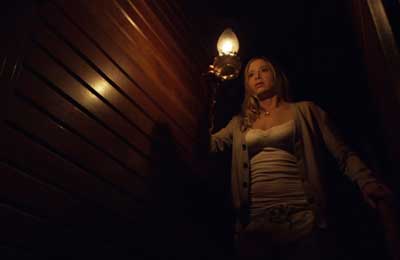 The Presence is a movie I was delighted to watch. As much as adore cheesy horror movies and proudly tout the fact I’m a gore-hound, I also like to watch movies with style and substance. I enjoy films with meaning and story. The Presence had all of those things and still managed to make me jump out of my seat once or twice. I can’t recommend this film highly enough…to people who are capable of thinking past their noses.

The Presence is now available for rental thru Redbox 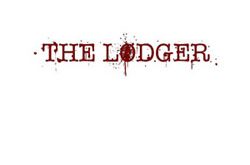