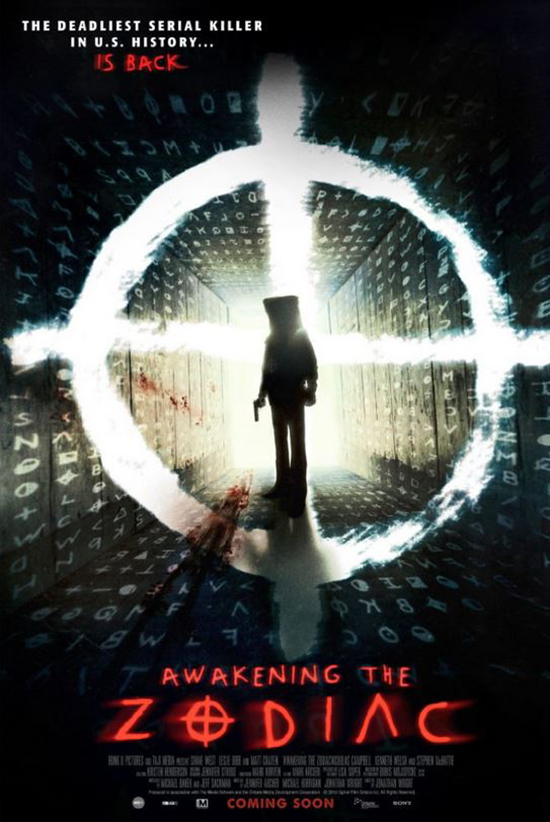 The story follows a down-on-their-luck couple who discovers a serial killer’s film reels. They decide to take the law into their own hands, risking everything for the chance at a $100,000 reward. It isn’t long until they find themselves in the killer’s lethal cross-hairs. 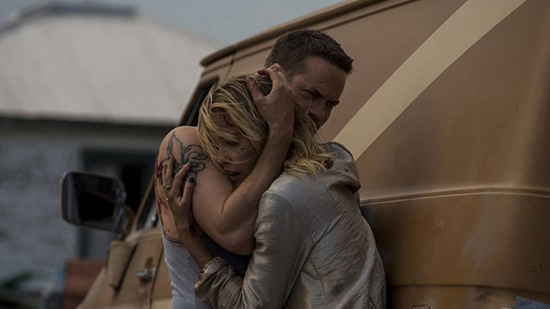 Awakening the Zodiac is the most recent filmic attempt to exploit the real-life serial killer known as Zodiac for a good thrill. The film has a clever setup—trailer park couple Mick (Shane West, ER) and Zoe Branson (Leslie Bibb, Trick ‘r Treat), along with pawn broker Harvey (Matt Craven, X-Men: First Class), uncover the snuff films of the never-caught Zodiac Killer in an auctioned storage locker. Eager to get the $100,000 dollar reward for the killer’s arrest, the trio begins hunting the madman who just so happens to have retired to rural Texas. Their prodding into the past does not go unnoticed, and none-other than the Zodiac Killer himself is soon on their tail.

The hunter-hunted back and forth promise of the plot is unfortunately not born out in Awakening the Zodiac, as the killer—wonderfully played by seventy-year-old Stephen McHattie (Orphan Black, The Strain)—doesn’t have a role until the final quarter of the film. Rather, viewers are treated to a somewhat pedestrian detective story depicting West and Bibb digging through files and overreacting. Breaking into a locked small business office throws Bibb’s character into ecstasy, and a person walking around a darkened storage lot (which any renter presumably has access to) sends West’s character into a violent rage. The culminated effect of these and other unmotivated reactions suggests a desperate attempt to force tension into the film, but the script fails to provide fuel to keep these fires alive. 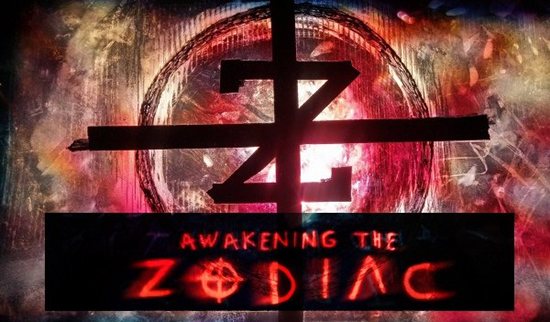 Matt Craven brings a veteran actor’s flair to his part that succeeds to a greater extent, as does Nicholas Campbell’s (Naked Lunch, The Dead Zone ’83) portrayal of the drunk doomsayer Ray. The younger cast, however, is unable to overcome the limitations of empty dialogue and unnecessary scenes. Shane West’s enviable energy is wasted on his attempts to make “to anger” into a verb, and he spends scene after scene leaping out of his truck to threaten strangers or glare into the dark. More of the star than him is his heavy breathing, which literally sounds independently miked. Leslie Bibb does better, but is hampered by the consistent nay-saying written into her character. The dialogue never quite drifts into terrible, but bounces between over and under-written. The main trio argues frequently and for no discernable reason, yet the killer’s nicely crafted monologue is ruined by a pedestrian line tacked to its end. One has a hard time deciding if the script was ever table read; if not, it should have been, and if so, it was probably focus-grouped too much.

On the plus side, the cinematography is quite pleasing, though the lighting design is heavily reliant on mood lamps and colored hanging bulbs. Still, antiquated rooms are made mysterious by streaming light from doorways and broken slats, and trailers seem imbued with a sickly green phosphorescence all their own. The movie itself may be a bit too crisp, and could’ve benefited from being shot on (the much more expensive) film, or having some post-production work done to smooth out the home movie-like sharpness. 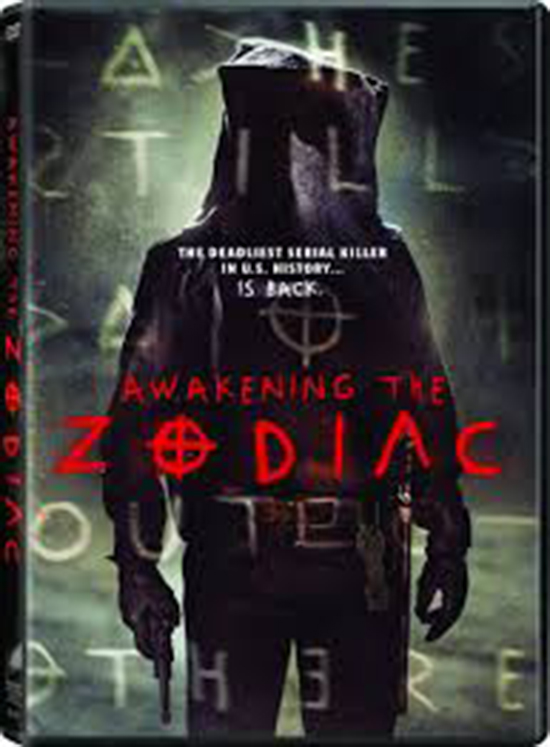 What really clips Awakening the Zodiac’s wings more than its acting or dialogue is its conclusion, which serves to contradict and decimate the preceding plot. The trio discovers the killer’s name, only to have a sheriff confusingly announce that the identity of the killer is unknown. Life-ending wounds don’t even merit a hospital stay. The reward, which surely would have been claimed, is ignored in favor of the West taking back his old crappy job. We won’t even address the terrible Friday the 13th tag-on in the final moments—it barely worked in that film, let alone this one.

All in all, Awakening the Zodiac comes across as a middle of the road thriller, offering some clever concepts and pretty scenery, but little in the way of satisfying performances and smart scripting. If you’re a follower of serial killer history, you may find an entertaining diversion here, but there are buckets of tighter suspense films to sink your teeth into otherwise.