From the Nightshift: ‘Gore’ the film

Of the many Buffalo movies that are in production or going into production the first I want to talk about is a movie called “Gore”.
I asked Adam Steigert (producer/director/writer) to give us a story synopsis of the movie:

In 1978, after a string of gruesome cannibalistic killings, Detective William Sanders successfully brought the deformed killer known as Gore to justice. It is now 2008 and Gore has faded from the headlines, but he lives on as a legend in a city called Metsburg. 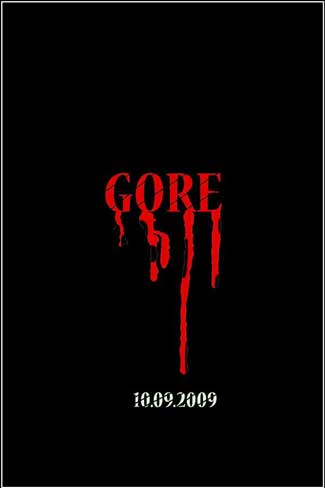 A group of teenagers decide to embark on a road trip to the small town in search of the legendry house where Gore lived, but days later their mutilated remains are discovered by the police. There is, however, one survivor – a young girl named Alice. Burned out and angry, William Sanders is called on to the scene of the latest copycat murders based on his experience with the original Gore case. He can’t stop the idea from forming in his mind that, somehow, Gore – the brutal homicidal maniac – has returned. With nothing more than a hunch to prove Gore is still alive; William will have to put the pieces, or body parts, back together one more time. The unstable Alice has allegedly witnessed the slaughter of her friends. Is this a blessing, or is it a coincidence that is too good to be true? Will William Sanders finally be able to close files and put Gore behind him, or will our hero become just more victims for the man they call Gore?

How did the story of “Gore” come about?
I wrote a short script in 2006 about this old crippled hermit who was so far deformed that his own parents shunned him to the woods. So at that point I was the worst writer in the history of writers. But I knew one person that I grew up with that would went to school for film so I asked her since she is practically my sister Stephanie Wlosinski, we formed a good bound after that. She corrected the short screen play “Gore” she also add the Stephanie touch! Which if I do say so myself is wonderfully. Gore spun off three other sequels but none were as good as that first screen play. Stephanie and I would work as a team, she would help me write and give me pointers and I would shoot them. The camera at that time was just a standard JVC home camera nothing high tech. But people were moved by them, they enjoyed them.

Then in 2008 you made a zombie movie called “Bitez”:
After I finished shooting all four Gore stories I geared up for a fifth. This was now the spring of 2008. I said to myself “well I’m tired of making these movies I want to explore new environments” so I went back to my vault of movies I want to make and pulled out another screen play titled “BITES”. Then I went out and bought all new equipment: camera, editing software etc. I asked Stephanie to help me direct it. I was introduced to Rod Durick who is founder of Zombified Studios. Rod along with John Renna became the Special effects team for “Bitez“. The story was reedited and edited many times and since the movie was about zombies Stephanie Wlosinski and I thought it would be a good idea to call it “Bitez”. The final version of the script had Stephanie’s amazing touch and still stuck true to the vision I wanted to bring from the original script.

How did you end up back with your old friend Gore?
So during this time I never gave up on “Gore” I sent it to Lions Gate films during the “writers strike” and I received a response from someone Jason Constantine! Who said we should add all four movies into one and he would consider buying it. Now Stephanie and I went back and forth with this producer (Saw2) till he finally read our new draft. He interested in buying it so I said to Stephanie “before this guy buys the rights why don’t we make our version before its cut up and shredded” Stephanie agreed which brings us to the production where at now. Now armed with new editing software and a good strong cast I feel “GORE” will become something much bigger than “BITEZ”

Any last comments?
Its great to work with a team like John Renna (JFR Productions) Rod Durick (Zombified Studios) and Stephanie Wlosinski who has been a long time friend. “Bitez” won an award for best make-up in show at the Harrisburg community film festival.