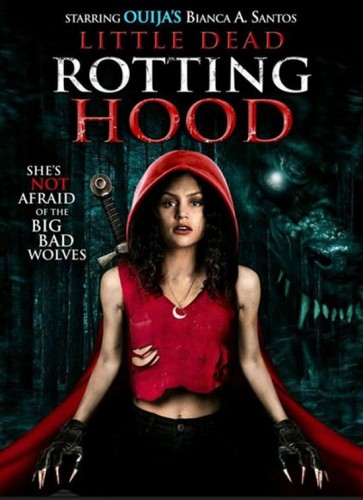 The residents of a small town discover that something more sinister than killer wolves is lurking in the backwoods: first the wolves start turning up dead…then people.

I want to start off by saying that Werewolf movies these days have been my favorite of the sub genres of horror. From movies like Wolf Cop to Late Phases the Werewolf subgenre has really done some amazing things. I think a lot of it has to do with making sure the werewolves look good and not cheesy. So you spend the most time making sure it’s got a good budget. And the Asylum’s “Little Dead Rotting Hood” is no exception.

Little Dead Rotting Hood is a spin on the old tale of yep you guessed it Little Red Riding Hood. There have been countless film and TV adaptations but this is one of the most original. I’m a bit surprised no one has really done it before. 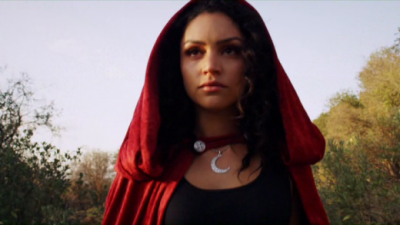 People may be a bit confused with the words’ “Dead” and “Rotting” in the title. Samantha AKA Red Rotting Hood (As she is listed in the credits as) is killed by a wolf. Her grandma (Played by Marina Sirtis of Star Trek: The Next Generation) is the protector of the forest. She does a spell and kills herself to allow Samantha to become the new werewolf hunter. So it’s not only a werewolf movie but a zombie and werewolf movie. Just to clear everything up.

The Sheriff of the town played by Eric Balfour is wonderful in it. I always love seeing him in lead roles. Sheriff Adam is your typical Small Town Sheriff. In these type of movies it really isn’t a cliché as much as a necessity. His subtle performance in the film makes for an interesting character. 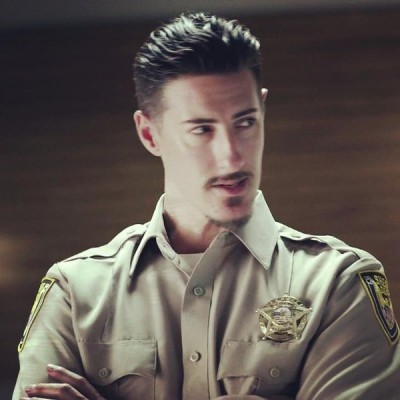 Samantha is played by Bianca A Santos. I was a bit disappointed you didn’t get to see as much of her. Don’t get me wrong she’s in a lot of the film but I think they could have gave her more scenes. Her character was badass.

I will just say the rest of the cast that I absolutely loved were Romeo Miller who played Samantha’s boyfriend Danny and Patrick Muldoon who played Deputy Henry. Both had some fun scenes to work with. Henry made me laugh the most. Obviously the character to break any of the tension.

What this movie has going for it is some really cool visual effects. The Wolves were well done especially the main wolf which I won’t spoil about. Let’s just say it’s a pretty epic wolf. It’s also a mixture of practical effects with CGI. The CGI looks great and doesn’t take you out of the movie. 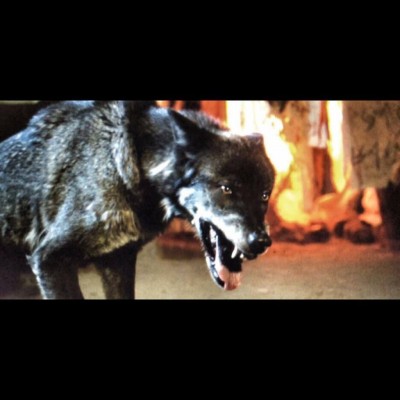 The only thing that stops it from being the most excellent of films it could be was the fact that how easily everyone believed in werewolves. Having never seen any werewolves in their lives they just jumped to the conclusion it was werewolves. I think the film could have used a couple scenes where they didn’t believe it was a werewolf and then they would have had to come to grips with the reality.

Aside from that tiny flaw I think this movie is entertaining from beginning to end. The music done by Chris Ridenhour set the suspense and action scenes up perfectly. Jared Cohn who I have seen a few films he’s done with the Asylum has really been great for that company. He knows how to great performances from the actors as well as set up some really cool visual shots. And the writing by Gabriel Campisi is top notch as well. The dialogue seems normal and sometimes has a bit of a witty flare to it.

Also if you are looking for violence, gore, and nudity… you came to the right movie. It has all the things that make a fun werewolf flick. Sexy woman in little to no clothes at times and enough blood and guts to make any horror fan crave some more.

All in all I urge any fans of the Werewolf subgenre to check it out. I try not to spoil anything in my reviews. I enjoyed this film and I want others to give it a try as well. Thank you Asylum for creating something original and fun. They usually do. 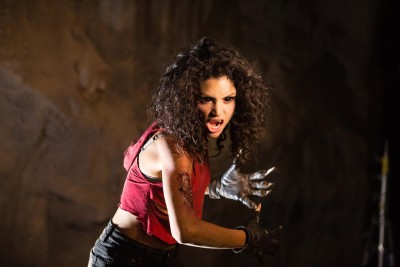