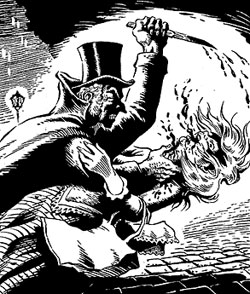 Weapons are integral parts of any horror story. The killers need them to implement their crazy plans of murder and mayhem. Depending on the situation and type of characters involved, weapons and carnage will vary.

Blades are one of the most common kinds of weapons. Knives, machetes, swords and other sharp tools can cause some serious damage; just ask Michael Myers and Freddy Krueger. Myers’ usually wielded a simple, large kitchen knife. He strayed from his MO a few times but most of his victims died of stab wounds.

Classic yet effective. He got the job done and then some. People may argue that a knife is too simple and is low on the scare factor meter. I tend to disagree. Using a typical household utensil as a murder weapon is plenty scary. Plus, it’s got the element of surprise. No noise makes for an easier kill and a more hopeless situation for the victim. Freddy Krueger got a bit more creative by attaching knives to a glove. Who thinks of that? Obviously no one sane.

His iconic knifed glove sliced and diced teens as they slept and dreamt of goats and furnaces. Jack the Ripper used surgical tools to kill prostitutes in England in the 1800s. This enigmatic killer decided playing surgeon was the best way to satisfy his insatiable need for blood. 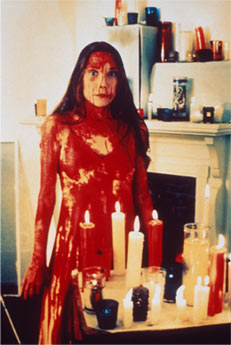 Carrie White may not have been an evil killer, but the girl did some pretty tow up things at prom. She used her telekinetic powers to hurl sticks through people’s heads and light others on fire. Villain of circumstance would be the perfect phrase for innocent, psychotic Carrie. She didn’t need to clutch a weapon to get the job done. All she needed to do was make crazy glances at her enemies.

The chicken footed demon in “Paranormal Activity” thrashed Katie around like a rag doll. The fallout included a dead boyfriend and a possession. Again, no guns or sharp objects needed; just plain old demonic powers. The teen witches in “The Craft,” decided spells would be their way of creating mayhem. Torturing a girl with the loss of hair, scaring a boy off a balcony, and forcing an old man to walk in front of a car were only a few spells they cast to kill off those who dared to cross their path.

Teeth may often be overlooked as a simple mechanism that helps one to chew and eat food. But that’s exactly why they too are deadly weapons. Werewolves use their sharp jaws to cut through the meaty flesh of their meals. They don’t need to hold anything to kill someone. All they do is transform into their hairy personas and BAM! The unfortunate lad that crossed paths with this beast can consider themselves dog chow.

There will be no nicks or paper cuts; you will lose a limb, guaranteed. Vampires also use their teeth to obtain what they need and to end the life of whoever they please. Pointy canines may seem like a cool accessory but can be deadly if used properly. Viktor from “Underworld” did just that along with the baddie vampires from “30 Days of Night.” When mentioning teeth though, one can’t forget our undead limping friends: zombies. Teeth equal zombies. Just ask any victim from a George A. Romero movie. They too need flesh and the only way of obtaining it is by chewing the heck out of people.

There are other weapons of sorts out there that killers can use. Regardless of the weapon of choice, the end is the same: people are going to end up dead and there will blood, lots of it. 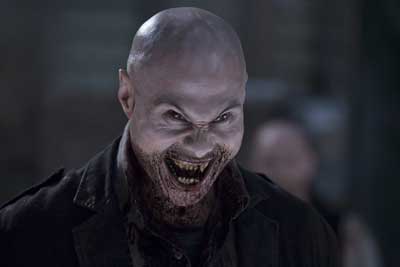