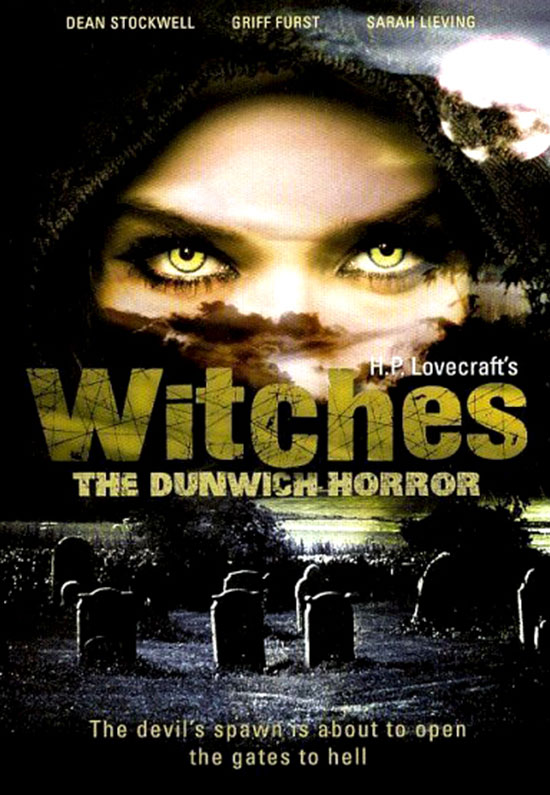 An adaptation of H.P. Lovecraft’s works, “Dunwich Horror” tells the story of Wilbur Whateley (Jeffery Combs of Re-Animator, The Frighteners) and his sinister quest to procure a copy of the Necronomicon, an ancient, diabolical manuscript that will help him open a doorway to a dimension inhabited by unspeakable creatures known as the ‘Old Ones.’ Driven by his sorcerous uncle and a creature of the darkest evil in their farmhouse, Wilbur meets opposition from Dr. Henry Armitage (Golden Globe winner Dean Stockwell of Quantum Leap, Battlestar Gallactica) and his team of historians sworn to protect the book. The book’s guardians race against time through mysterious worlds in search for the elusive page containing the incan’tations to open the portal, but Whateley’s success forces Armitage and his team to battle the malevolent creature Yog-Sothoth and close the portal or allow mankind to suffer its ultimate doom.

The Dunwich Horror was, originally, a short story written by the great author of weird fiction, H. P. Lovecraft. During his life, Lovecraft struggled with many financial issues while trying to sell his fiction. He had a small cult following of fans, many of which included fellow authors who wrote stories that were based on his fiction, these type of stories were later to become known as ‘The Cthulu Mythos.’ Sadly, just like Edgar Allen Poe, Lovecraft’s popularity dramatically increased only after his death. The Cthulu Mythos have been expanding ever since: there have been several new stories added into the mythos, (including one by Stephen King, titled Jerusalem’s Lot), several paper and pencil role playing and video games have been based on his stories and obviously there have been several feature films that bore H. P. Lovecraft’s name over the title. Leigh Scott’s The Dunwich Horror is one such film. 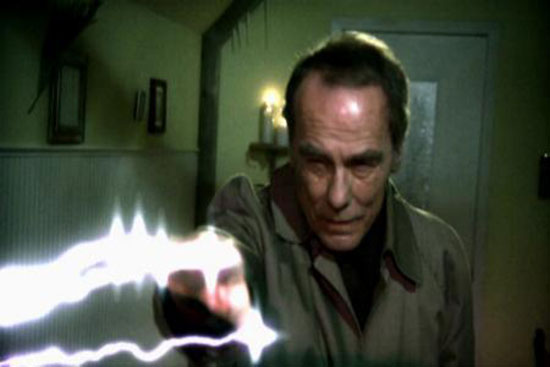 The film opens with a scene involving Lavina (Lauren Michele) giving birth to twins. One is born normal, while the second one’s birth invokes screams of terrors from the midwife (Victoria Patenaude). We then to go to what seems like, a routine exorcism. Father Hoadley (Richard Zeringue) emerges from a room, clearly feeling defeated from the ritual. His assistant, Father Endalade (Marcus Lyle Brown) offers to help, but is quickly warned against it by the elderly priest. Dr. Henry Armitage (Dean Stockwell) and Professor Fay Morgan (Sarah Lieving) enter and quickly take over the situation.

Their exorcism goes relatively well and they discover a ritual pyramid under the floor boards of the possessed girl’s room. The pyramid bore a strong resemblance to the Lament Configuration in Clive Barker’s Hellraiser. The pair eventually find out that the girl, Caitlin’s (Natacha Itzel) possession was a result of an open portal between our world and a world occupied by ancient gods called, “The Old Ones.” To close the gate, they must find The Necronomicon (The Book of the Dead), or rather, page 175 of it, since all the available translations are all missing that page. To help find it, they enlist the help of a fellow university professor, Walter Rice (Griff Furst.) 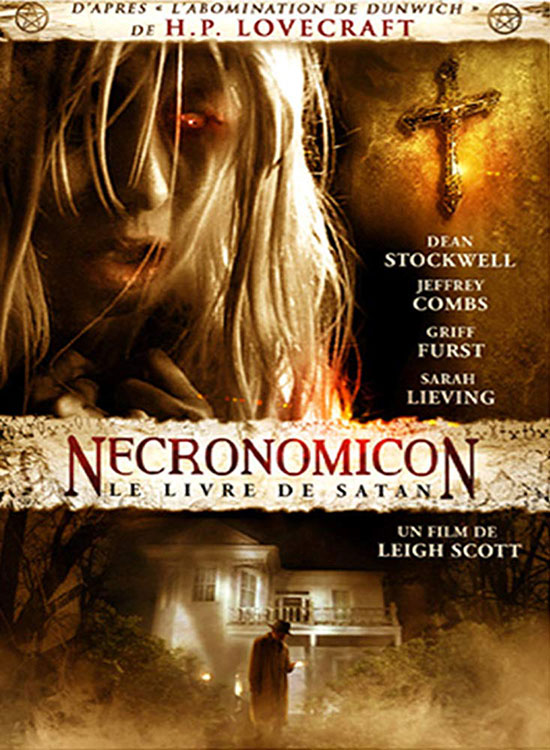 Simultaneously, the Wheatly family are also looking for The Necronomicon’s missing page. Wilbur Wheatly (Jeffery Combs) is one of the twins that were born at the beginning of the film. His brother, Yog-Sothoth, is a creature whose needs to be fed regularly, so he can grow large enough to be able to hold open the gate for The Old Ones to gain entry into our world. Can you guess what’s on the menu for little ol’ Yog-Sothoth?

A lot of the acting in this film comes off a little wooden and forced, although it doesn’t hinder the film too much, to a certain degree, the acting could have been a little better. I expect a better performance from Dean Stockwell, who I remember portrayed Sam on Quantum Leap and did a very well. 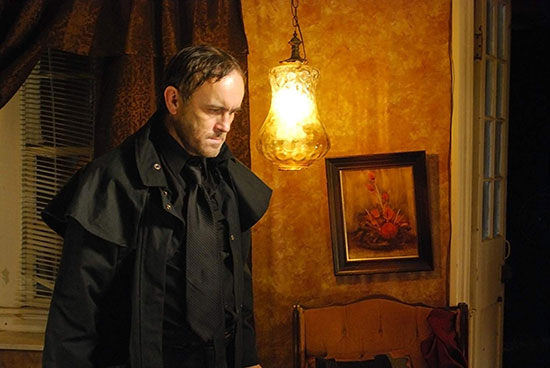 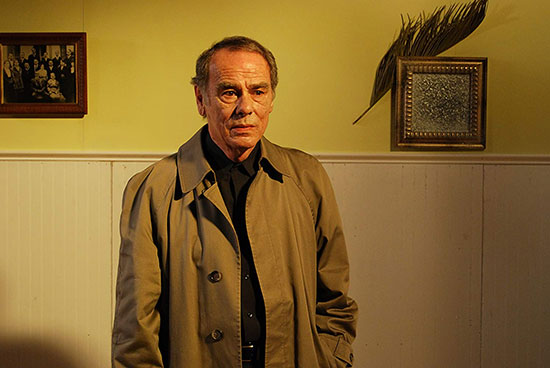 This film shines in its storyline, which is really what kept me interested throughout its runtime. I can’t say that I have actively pursued the numerous film adaptations of Lovecraft’s work, but I have seen a few and this movie ranks among the best of them. I appreciated the cameos of some of Lovecraft’s key characters, like, Charles Dexter Ward and The Mad Arab, Alhazred who is the original author of The Necronomicon. 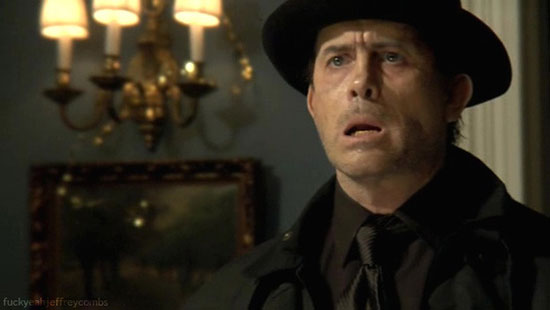 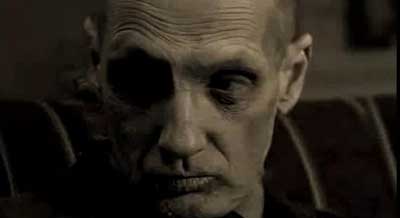 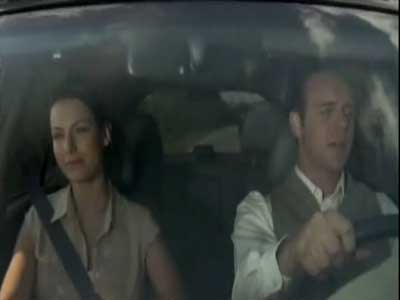 The dialogue was also pretty solid, except for the very end of the film, where some of the lines come off as painfully corny. I recommend this film to fans of Lovecraft’s fiction. Even though Leigh Scott took some major liberties with the source material, the film still did very well with capturing the feel of the stories. Just don’t expect anything too off the charts or groundbreaking. The Dunwich Horror is a welcome addition to the library of Lovecraft cinema, and a pretty solid horror film in its own right, too.