The new poster for Kevin Smith’s RED STATE is titled Sarah, and it comes courtesy of Ma’s Meatloaf masmeatloaf.com/ who earned the right to premiere the poster after donating $1,000 to THARCE-Gulu tharce-gulu.org/. Including Sarah, there are now six posters for the film: The Father, The Sons, The Holy Ghost, The Virgin, and Caleb. 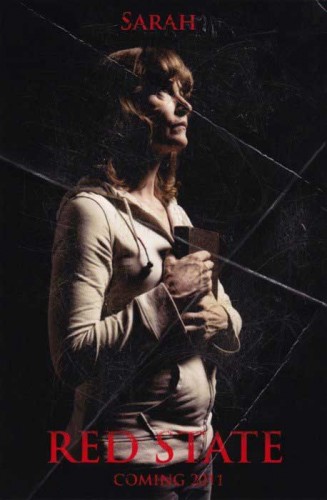 The term Red State is used to refer to a state in the United States of America with the tendency toward electing Republicans into office. Written and directed by Smith, Red State will arrive in movie theaters in 2011. Kevin Smith’s Red State stars John Goodman, Kyle Gallner, and Michael Angarano. 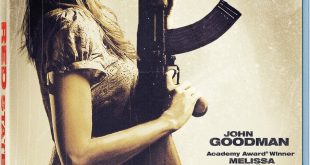