One of the most talked about films of the year premieres for home audiences as Lionsgate releases Kevin Smith’s Red State. Beginning September 1st, the film will be available On Demand – six weeks before the debut of the Blu-ray Disc, DVD and Digital Download, set to release on October 18th. A departure from his classic comedies, Smith (Clerks) takes on his first thriller project as writer and director. Centering on a fundamentalist group with a sinister agenda, the film features Academy Award® winner Melissa Leo* and Golden Globe winner® John Goodman**, alongside Michael Parks (Kill Bill: Vol 1 and 2), Kyle Gallner (The Haunting in Connecticut) and Kevin Pollak (The Usual Suspects). The film debuted at this year’s Sundance Film Festival to much notoriety when Smith ended studio bidding by buying his own film for $20 and declaring he would be self-distributing the film theatrically. Smith has since toured the film around the country to enthusiastic audiences, grossing close to $1 million to date at the US box office from only 15 single show engagements. SModcast spent less than $500 in paid advertising to support the tour which kicked off at Radio City Music Hall on March 5th and grossed $162,000 during one show. It quietly topped the per screen average charts for three weekends, becoming the 10th best per screen average film of all time. The film opens in theaters the week of September 23 from Smodcast Pictures. The Blu-ray Disc and DVD release of Red State will contain extensive special features including a documentary, audio commentary with Kevin Smith, deleted scenes, an extended ending sequence and more.

Three teenage boys are lured to the town of Cooper’s Dell with the promise of a party. But instead of enjoying the night of their dreams, the teens are plunged into the nightmarish world of Pastor Abin Cooper and the Five Points Trinity, a fundamentalist group with a stockpile of weaponry and a deadly moral agenda. When word of the teens’ disappearance reaches the authorities, a military task force is mobilized. With Cooper’s Dell teetering between salvation and damnation, the ATF braces for furious gun battle with Cooper and his heavily armed followers in this fever-pitched action thriller from writer-director Kevin Smith. 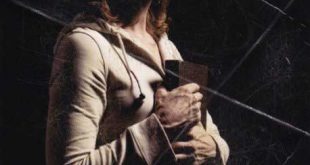