Another poster is out, courtesy of auction winner Spinnoff Online, for Kevin Smith’ RED STATE. This poster features the mysterious character Mordechai and looks every bit as dirty and scratched up as its predecessors. RED STATE will show next week on Sunday January 23rd, 2011 in the Park City Eccles Theatre at the Sundance Film Festival. The film stars Michael Angarano, Kerry Bishe, and John Goodman. 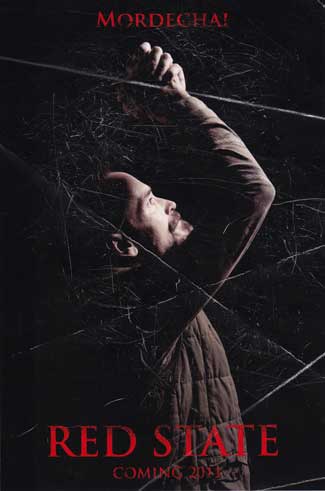