Welcome back to Horror Talk. Normally I run a recap of the previous week in horror at Horror Talk, shining a light on the best and bloodiest tidbits from our chosen genre in a condensed format. I talk about movies, comics, TV, video games, and Box Office sales. I leave with a birthday wish to some celebrity who has ties to the horror genre, and a wish of Many Bloody Returns to my readers. I like the formula quite a bit. No one has complained too loudly, and Dai Green has not fired me yet, so I can only assume the format is working.

Never one to languish for too long in a comfort zone, I’m going to break format a bit this week to talk about something incredibly important to the future of horror. Lots of newsworthy items have dropped since the last installment of Horror Talk, but in my estimation as a horror filmmaker and as a fan, none were as important as Kevin Smith’s “The Red Statements.”

I encourage you, filmmaker or fan, to visit  http://theredstatements.com/ and read Kevin’s thoughts about distribution and indie film in the current state of the business. I won’t retread every bit of ground that Smith covers, but suffice it to say that the first several paragraphs of the document explain the basics of how indie film financing, acquisition, and distribution work.

The short version is that so much money is spent promoting a film under the current model, that “Suddenly my little $4 million dollar movie has to make $50 million JUST TO BREAK EVEN.” as Smith says.

With studios, even the “indie” studios, banking heavily on opening weekend numbers to determine the success or failure of a film, it comes as no surprise that most movies spend the majority of their total budget on prints and advertising. This is completely contradictory to the philosophy of low-budget filmmakers to put every dollar on the screen.

Smith then begins to talk about the use of the internet, specifically the View Askew message board, to build and  cultivate an online audience. An audience with genuine relationships and interest in his work.

Eventually social media came along. Myspace. Twitter. Facebook. For the first time in the history of filmmaking fans and filmmakers had instant two way accessibility.

Smith also talks about his audience being not targeted, and in fact being alienated, in pursuit of the marketing of his films, by the studios.

So with his new film, the religious/political horror Red State Smith has elected to distribute the film himself. By sidestepping the indie studios, Smith will be able to market the movie to his fans without alienating or marginalizing them. He will be reaching out to the kinds of people who will WANT to see Red State and not wasting time, or more importantly, dollars, trying to hook or trick other audiences into viewing the film.

In short, he will be acting like an indie horror filmmaker.

What he is doing is not much different than what I’m doing with Raymond Did It. Seeking out theaters to screen your unsupported, non-studio backed film, mostly through the process of Four-Walling, which amounts to renting the theater and praying you make enough money to cover your costs or call it a profit. I made the decision to Four Wall Raymond Did It based on the  advice of other indie horror filmmakers who I had spoken to. This has enabled us to move forward UNRATED without fear of a distributor or exhibitor chain getting nervous and yanking our film in the middle of its opening weekend. The principal difference between Raymond Did It and Red State is that Smith has a built in audience. In both cases the math works out. It simply makes more sense to get low-budget horror films in front of fans as inexpensively as possible, relying on New Media to spread the word rather than corporate controlled MPAA enslaved traditional advertising outlets. 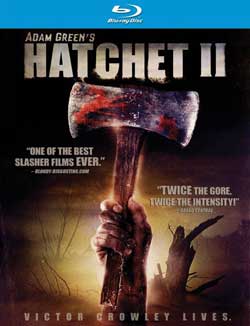 When Adam Green began the “SUPPORT UNRATED HORROR” campaign for Hatchet II we as horror fans saw a glimpse of the power social media could have in advertising a film. Now imagine if he had not had to rely on AMC INDEPENDENT or Dark Sky Films to manage the actual release. I think the Hatchet II story may have ended very differently.

Of course, I can’t speak for Adam Green, Tim Sullivan, Paul Solet, Joe Lynch or any of the other hundreds of indie horror filmmakers clawing through each production step by bloody step to being audiences their passion. I can only speak for myself, and I say everything Smith says in the Red Statements makes sense! Perfect sense!

But it all relies on one important factor: you. 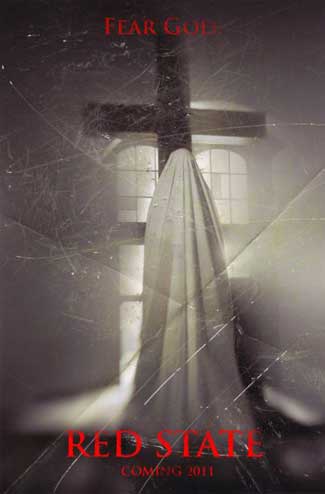 Horror fans. In theory the reason we indie horror filmmakers make the films we make is because we are horror fans, and we are making the movies we want to see. We think you want to see them too, so we are making these films on no money, in the hopes  that you will show up to a screening, scream, laugh, cry, and enjoy yourself for an hour or two. Its really that simple. Studios and advertisements and money machines and lawyers make it difficult. As filmmakers we just want to tell you, the fans (and ourselves, the fans) a GOOD SOLID STORY!

So this is a call to the horror community. To all of horror fandom. You might have to dig a little harder to find those gems (but then again, you have lovely sites like horrornews.net to keep you in the loop) but if you love this genre and want to see movies made AS THE FILMMAKER INTENDED, without interference from the MPAA, without worries about answering to a gang of suit-wearing financiers that think a few gallons of blood are gonna make the difference in the bottom line, then get  out there and SEE these indie horror films. See Red State in the theater. See Raymond Did It in the theater. See Chillerama in the theater. If they aren’t playing near you, get info on nearby theaters and send it to the filmmakers! Between the aforementioned social media sites, its almost impossible NOT to find any of the filmmakers I have mentioned. Send us a note with the contact info for your nearest theaters and tell us you want to see  our movie!

-We don’t need distributors swelling the costs of our films to try to find “new audiences.” We KNOW who  we are trying to reach.

-We don’t need the MPAA. For anything. Let the parents decide what they take their kids to see.

-We only need the support of our community. And we have it.