Home | News | Survival of the Dead: comes to Blueray & DVD

Horror Legend George A. Romero Brings The Dead Back To Life
As The Latest Gruesome Installment Of The “Dead” Series, Survival Of The Dead, Is Unearthed In The Ultimate Undead Edition Available As A Two-Disc DVD, Single Disc Blu-ray Or As A Standard DVD August 24 From Magnolia Home Entertainment Under The Magnet Label

The newest film from George A. Romero (creator of the Night of the Living Dead franchise), Survival of the Dead picks up where Diary of the Dead leaves off – in a nightmarish world where humans are the minority and zombies rule. Set on an island off the coast of North America, two powerful families maintain an impression of order in the wake of a zombie epidemic. But as the inhabitants slowly die off, the two clans become sharply divided: the O’Flynns believe that the undead must be destroyed without exception, while the Muldoons insist that afflicted loved ones be kept “alive” until a cure is found to bring their relatives back to their human state.

The two-disc Ultimate Undead Edition DVD and single-disc Blu-ray are bursting with bonus features that take viewers deeper into the world of the living dead. The film also will be available as a standard edition DVD.

Tags Romero Survival of the Dead 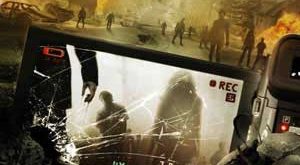 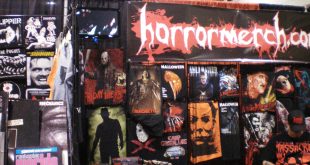 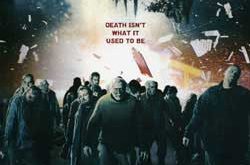