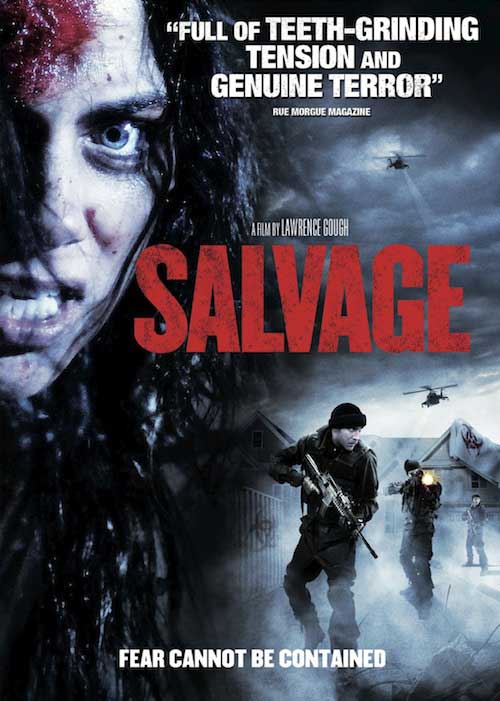 A holiday reunion for a dysfunctional mother and daughter turns into a nightmare when their neighborhood is quarantined by a band of heavily armed military personnel. Separated from her daughter Jodie (Linzey Cocker) during the initial scuffle, mother Beth (Neve McIntosh) and her lover Kieran (Shaun Dooley) struggle to find their way through the chaos to locate and reunite with her family. Before they can, Beth and Kieran must discover what has overtaken their quiet cul-de-sac and face the horror that waits in the darkness.

Salvage, a low budget independent UK feature by debut director Lawrence Gough, is a surprising, but flawed, success with a capable cast and an interesting plot. The film is tight and quick with a 76 minute running time. Instead of explaining everything away with boring exposition, the script is more interested in how Beth and Kieran react to the situation they find themselves thrust into. It’s more about the paranoia, fear and helplessness they must endure. It is a terrorist attack? Who or what are the military hunting? And who are those bloody… things… lurking in the dark? The result is at times tense and suspenseful. Unfortunately the lack of a coherent narrative make the quieter moments a bit drool. Thankfully, there’s plenty of action and mayhem to be had. 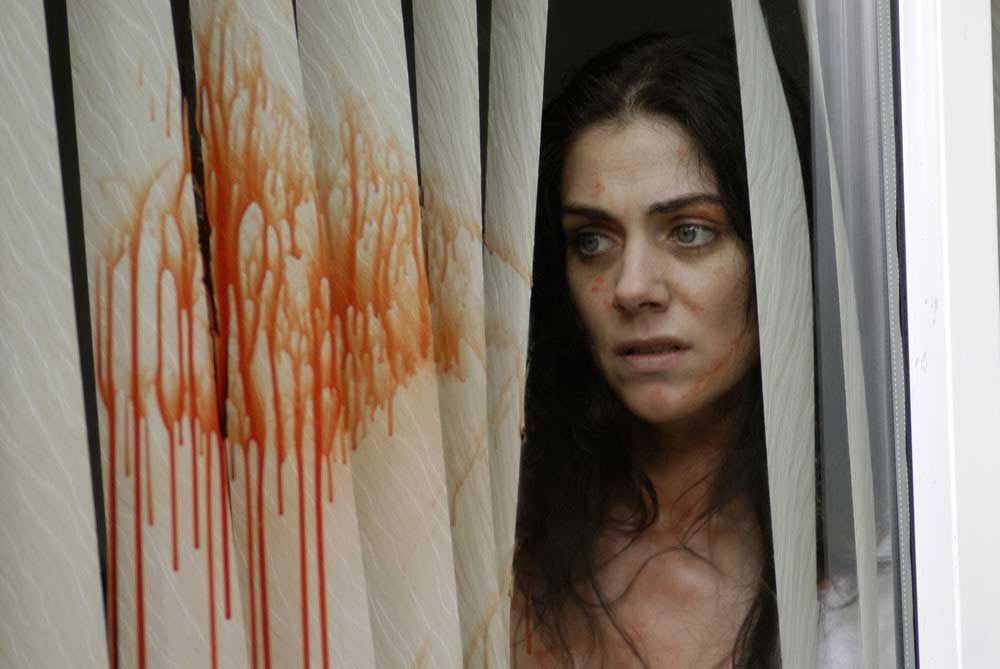 One of the key elements that keeps Salvage engaging is the lead actress Neve McIntosh. Awarded the Best Horror Actress at Fantastic Fest in 2009, McIntosh brings a welcomed intensity to her role, her large blue eyes constantly reflecting her fear, anger and cunning – even if she ends up screaming just a tad too much. Her character starts out troubled with her loneliness and inability to communicate with family and neighbors and grows to one focused on saving what is most precious to her, the daughter to whom she desires to reconnect more than anything else. The only bothersome point to her performance is her interactions with the other cast where she looses her intensity and focus. Once the story kicks into high gear, the film rests on her shoulders and McIntosh carries it with a confidence that draws the viewer in.

The script takes its time getting to the action and for some this may be a little too much to endure. But for those who take interest or can make it to the turning point, the action that follows is rewarding. There is an interesting Hitchcockian twist in the beginning as we start by following young Jodie being driven to her mother’s house but end up following her mother through to the conclusion. The audience is given the opportunity to connect with Jodie and understand her family dynamics. It also provides the proceedings with a sense of normalcy: your standard everyday holiday visit. Once arriving at her mother’s house, Jodie confronts Beth (her mother) and she runs off to a neighbor’s home. From there we follow Beth and her lover Kieran and we don’t see Jodie again until the conclusion. It’s a bold move as the character of Beth is first shown in a less than appealing light. The script smartly turns the seemingly uncaring Beth into a driven and loving mother out to save her daughter. From then on the story unfolds from her perspective, we learn what is actually happening as she discovers the frightening truth and ultimately faces the horror that has descended upon her home and life. 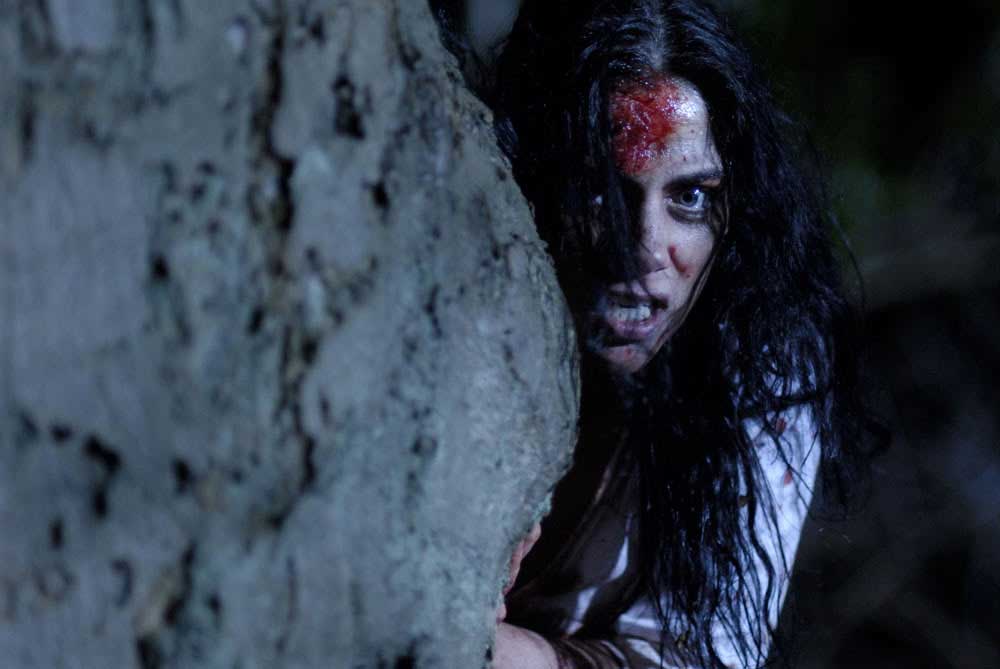 The special effects are quick and gruesome, blood flows freely from gaping wounds. No where near as graphic or extravagant as larger budgeted features, the effects still end up effective and shocking. For most of the film, the creature that lurks out in the dark is kept well from full view with barely even a glance. Most of the time, it’s a shot of another character seeing the monster and reacting – usually the military chasing after it and firing away, but never catching it. The audience does not see the creature until the characters do. However, when the monster is finally revealed it lacks originality and is a bit underwhelming. Thankfully the reveal shots are quick and kept to a minimum; in fact, the creature is less the point than the tension and paranoia leading up to the final confrontation. With a stronger design and execution of the monster, Salvage could have created a more chilling and lasting impact. 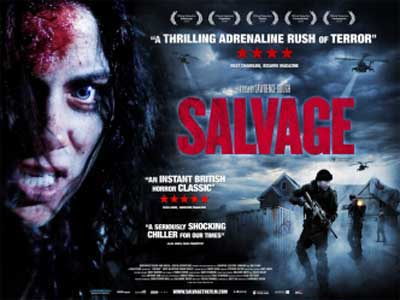 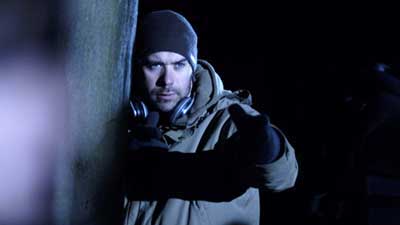 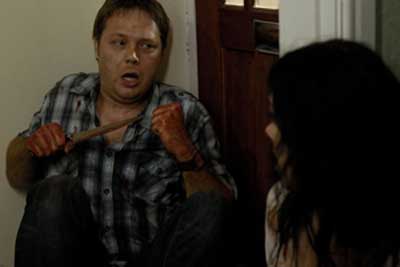 In the end, Salvage is a capable thriller with a strong and memorable performance from its lead. The script is intelligent, bold and contains smart, rounded characters. It also benefits from a precise location that adds to the intimate setting the film needs. The direction capitalizes on this, creating the appropriate urgency and tension to the character’s actions. It will be interesting to see what Gough creates next as Salvage shows great potential for the first time director. A little too uneven to be as memorable is it wants to be, Salvage still succeeds in overcoming its budget and faults.