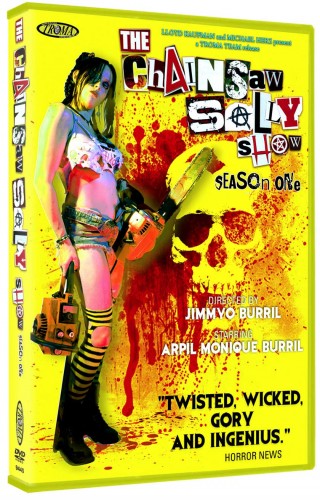 “A riotous and rockin’ uproar…you’re going to love what’s in store for you!”

December 21, 2010 (New York, NY) – Are you fed up with the philistine who takes a full shopping cart through the express checkout lane? What about the one who parks in handicapped spaces? Sally (April Monique Burril) is and she’s not going to stay quiet! With the hum of her trusty chainsaw to announce her return, she is picking up where the movie of the same name left off, repurposing the use of power tools for every disgruntled member of society!

In season 1, Sally continues to dispense her raw and ruthless renegade justice even as investigators close in on her for a previous ghastly murder. With her brother Ruby (Azman Toy) at one hand and her new friend Poe (Lilly Burril), the goth high school reject, at the other, Sally continues to be a formidable and frightening force of nature, cutting straight through legs, torsos and the long arm of the law!

Season 1 also boasts a very special episode: IT’S GROUNDHOG DAY CHAINSAW SALLY. When a group of students come to Sally’s town to investigate the cases of the missing residents, they have no idea what awaits them. The legendary Debbie Rochon stars as Blondie, the psychic who attempts to save them from Sally’s violent vigilantism. Just pray they don’t see her shadow!

Available January 11, 2011, you can get in on the bone-cutting action from director Jimmyo Burril and executive producer Herschell Gordon Lewis by pre-ordering at Amazon.com! 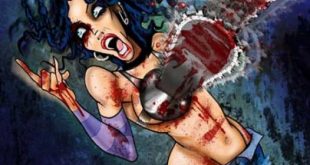