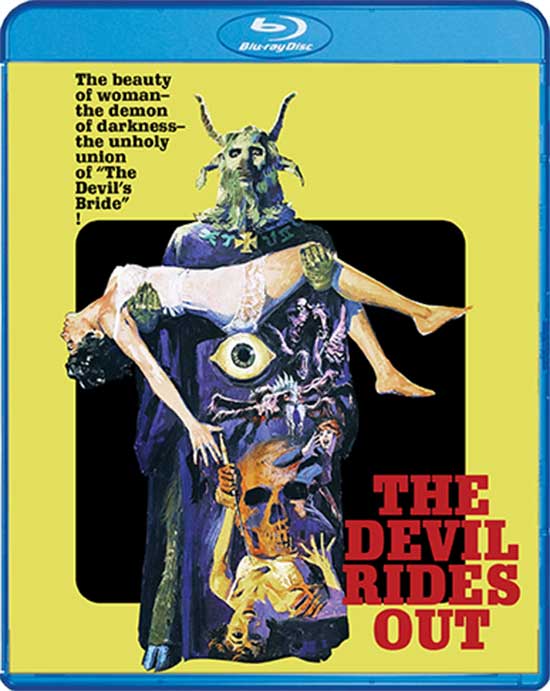 The Duc de Richeleau and his friend Rex discover their young charge Simon has fallen in with the powers of Darkness and is about to be baptized into the service of evil. The Duc is fortunately versed in such matters and finds himself locked in a duel with the deadly Mocata, disciple of the left-hand path.

The English writer Dennis Wheatley (1897 – 1977) would always preface his occult novels with a somewhat enigmatic disclaimer: ‘I desire to state that I, personally, have never assisted at, or participated in, any ceremony connected with Magic – Black or White. Should any of my readers incline to a serious study of the subject, and thus come into contact with a man or woman of Power, I feel that it is only right to urge them, most strongly, to refrain from being drawn into the practice of the Secret Art in any way. My own observations have led me to an absolute conviction that to do so would bring them into dangers of a very real and concrete nature.’ 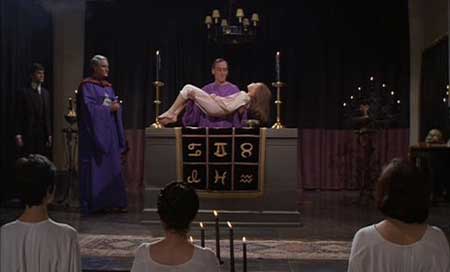 This ersatz profession of innocence lent credibility and chills to the events depicted in his occult novels, by hinting that they were based on real life personages and proceedings. And perhaps they were. Wheatley’s encounters with the notorious Aleister Crowley are well documented. They lunched together and, supposedly, Wheatley interviewed Crowley for a role in the British Secret Service during WWII. It’s this authentic knowledge of the cream of occult society that informs perhaps his finest novel, The Devil Rides Out. It conjures up a world of aristocratic diabolism: where behind closed doors the privileged elite of British society linger over the finest vintages before marking out chalk circles and conjuring Satan’s legions. 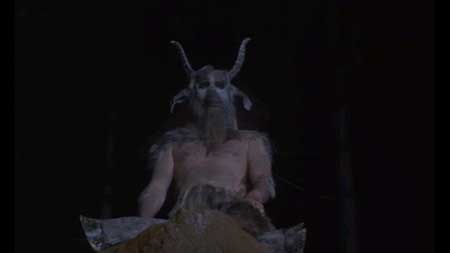 Hammer’s film manages to do the book justice, perfectly recreating the atmosphere of opulent occult dabbling in 1930s England. Wheatley was delighted with it. The plot centres on the efforts of the Duc de Richleau and Rex Van Wyn as they attempt to rescue their old friend Simon Aron from a Satanic cult led by the sinister Mocata. The latter is Wheatley’s fictional portrayal of Crowley, possessing the sensuous charm, hypnotic stare and air of subtle menace that characterised the real-life magician. In the film, Charles Gray’s genuinely sinister portrayal of Mocata is matched admirably by Christopher Lee’s omniscient Richleau; a role he admitted was one of his most enjoyable Hammer outings, possibly because for once, he got to play the good guy. The stage is thus set for a titanic battle between the forces of light and dark. 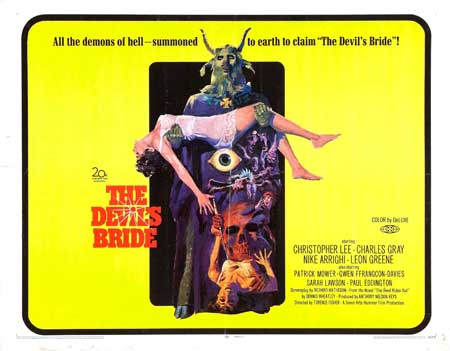 The first skirmish between these magical colossi takes place in the English countryside, where Mocata is hosting a Black Mass, channelling Satanic forces using Simon Aron as a psychic conduit. Whilst Richleau and Van Wynn manage to rescue Aron in the nick of time, along with a girl that Van Wyn has fallen in love with, Lucifer is summoned in the guise of the Goat of Mendes. The group retreat to the comfortable home of their friends the Eatons, pursued by Mocata who attempts to bring the lady of the house under his control via some typically Crowleyian hypnosis. After failing, he unleashes the big guns and begins a sustained psychic assault on the inhabitants, who shelter within a protective circle drawn up by Richleau as a series of unpleasant demonic entities are called forth. It’s one of the most gripping scenes in the film. The denouement sees Mocata make a last roll of the dice and conjure the Angel of Death, who after being vanquished by Richleau, refuses to return empty-handed and gallops back to the Underworld with a screaming Mocata in his grasp. The Right-Hand Path has prevailed. 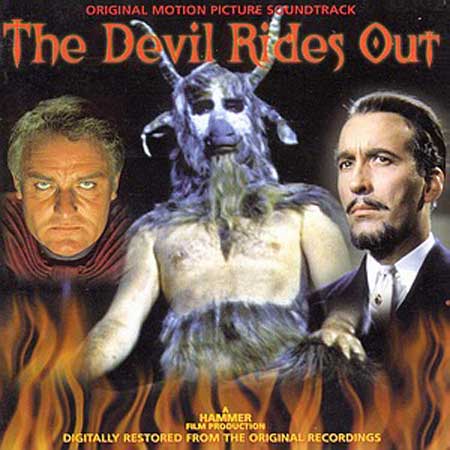 The film was directed by Hammer legend Terence Fisher (Dracula, The Horror of Dracula, The Curse of Frankenstein, Frankenstein Must Be Destroyed) and features a magnificently eerie soundtrack by James Bernard. Other Wheatley novels didn’t fare so well and the last one, To The Devil A Daughter, became Hammer’s disappointing swansong. Since then, Wheatley’s novels have declined in popularity, with the thinly disguised right-wing didacticism of the author consigning them to merely curious literary anachronisms. But the film remains a jewel in the Hammer canon, and if you’re prepared to overlook the low budget SFX, then you’ll certainly enjoy this gloriously styled romp through the diabolic underbelly of English society.