“Doctor John Holden ventures to London to attend a paranormal psychology symposium with the intention to expose devil cult leader, Julian Karswell. Holden is a skeptic and does not believe in Karswell’s power. Nonetheless, he accepts an invitation to stay at Karswell’s estate, along with Joanna Harrington, niece of Holden’s confidant who was electrocuted in a bizarre automobile accident. Karswell secretly slips a parchment into Holden’s papers that might possibly be a death curse. Recurring strange events finally strike fear into Holden, who believes that his only hope is to pass the parchment back to Karswell to break the demonic curse.” (courtesy IMDB)

Supernatural monsters, as opposed to existing or scientifically created monsters, were few and far between in the films of the fifties. If you look hard you may find the Scottish Laird trapped in the body of a giant frog in The Maze (1953), or the witchcraft-created flying stone eagles in Night Of The Eagle (1962), but the most interesting appeared in a splendidly sinister, quiet little film called Night Of The Demon (1957) also known as Curse Of The Demon. It was directed by Jacques Tourneur, who proved here that he did not require the assistance of producer Val Lewton in order to create first-class work in the horror genre. 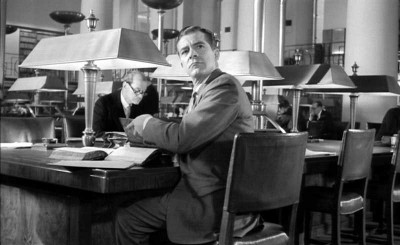 The first point to note about all of Tourneur’s films is that they reinforce the pattern already outlined in forties horror: Good taste, restraint, and a certain staginess. But for all the praise that has been lavished on Tourneur’s films for their tactfulness, it is not for this reason they are remembered. Rather, it is a kind of breathless, claustrophobic, shadowy quality, a sense of impotence in the face of ill-defined menaces that may be purely subjective, but which nevertheless create a neurotic, high-strung tension, and finally even terror. 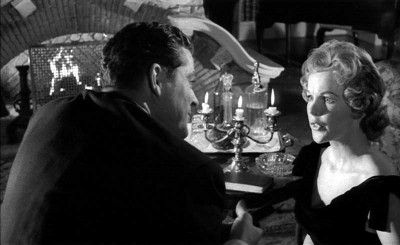 This material was perfectly suited for Tourneur. At a time when Hammer was initiating its series of horror films by updating classics with violence, sex and gore, Tourneur returned to his forties roots, preferring to frighten viewers through such fundamental fears as darkness, sudden sounds, wild animals, etc. No other horror director has ever been able to create an atmosphere so beautiful yet so ominous. Everyday characters venture into Tourneur’s shadowy world, where the battle between light and darkness, good and evil, science and magic, fate and free will is continuous, and where characters are controlled less by reason than by their subconscious. 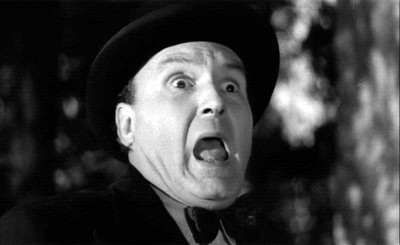 Night Of The Demon is based on a rather nasty yet scholarly horror story by English author M.R. James called Casting The Runes and, despite its American hero efficiently played by Dana Andrews, the film is also very English. Niall McGinnis gives a brilliantly relaxed, jovial, almost likable performance as Julian Karswell, the warlock with the power to unleash demons upon those who cross him. First he slips them them a small parchment covered with runes. If it blows away (the parchment flutters and dances in its efforts to escape), the victim is doomed. Only if he passes the parchment on to another, will he be saved. Karswell is investigated by an American paranormal psychologist, a rather skeptical fellow who finds it difficult to believe the mounting evidence of Karswell’s powers.

The film opens with the demon (a well-articulated animatronic monster built by Wally Veevers) pursuing and dismembering an unfortunate professor. Tourneur told me that he would have preferred to show his horrors by suggestion only, as he did in the old days with Val Lewton, and that his philistine producer Hal Chester forced the demon upon him. Well, maybe so, but structurally it works very well for us to actually see the creature, which closely resembles the medieval woodcut that we are later shown. It puts the viewer in the position of the non-skeptic, and there is an added level for us in watching the investigating American take unwarranted risks.

In fact, the demon is so well integrated into the film that it seems very likely that Tourneur was mistaken in his memory, or perhaps he wanted to impress the intellectuals. Our knowledge of its existence serves to make Dana Andrews’ headlong rush through woodlands midway through the film, pursued by a glowing ball of light (which we recognise as the beginning of the demon’s manifestation) an intensely frightening tour-de-force. This beautifully rendered scene follows another where Andrews has broken into Karswell’s country estate and, in a darkened room, meets a domestic cat that metamorphoses into a leopard.

At the end, Karswell has the parchment passed back to him while on a train just leaving Clapham Junction station. The moment he realises this has been done the paper blows away, and he pursues it down the railway tracks in a stunning sequence of nightmare, never quite catching it. The demon materialises and, for the sake of rationalists, so does a train – whatever the cause, he is fatally torn to shreds. 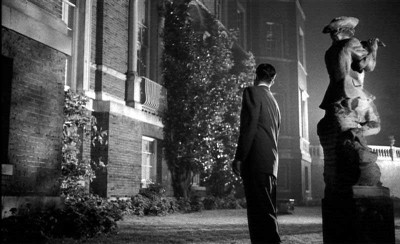 Although Hal Chester insensitively rewrote Charles Bennett‘s script, it somehow retains the grace and literate quality as well as the sinister feel and elements of mystery and suspense that distinguished Bennett’s scripts for Alfred Hitchcock: A British setting; A somewhat stuffy educated hero; An intellectual yet diabolical villain; A rather daffy mother; The hero feels paranoia among strangers; The hero must solve a mystery and track down the villain before he himself is killed; The hero and heroine stop squabbling and join forces; A train becomes a setting for intrigue. 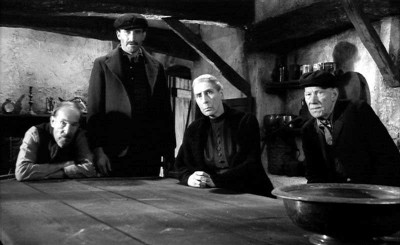 The film is consistently witty and uncanny, blending the domestic and the mysterious with great ease. Karswell has such charm (that Dana Andrews as the investigator lacks) that there is a sense in which we feel that he is being unjustly persecuted and, although he is a wicked old fellow, we feel somewhat appalled at his violent demise. One of the film’s best scenes shows him dressed as a clown entertaining local children with simple magic tricks and then, a moment later, conjuring up real magic in the form of a violent cyclone in an English country garden.

A true classic of the genre, Night Of The Demon is delicately poised between two horror traditions: The old English story tradition with its subtle intimations of disturbing forces at the fringe of one’s vision (horror of the mind); and the more recent tradition of the violently unnatural that can uncaringly or cruelly maim us (horror of the body). And it’s with this thought in mind I’ll ask you to please join me next week when I’ll have another opportunity to sterilise you with fear during another terror-filled excursion to the back side of…Horror News! Toodles! 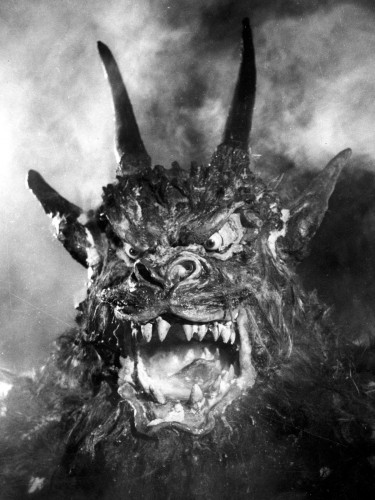 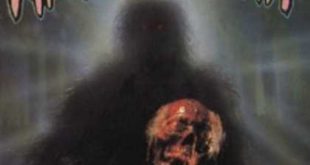 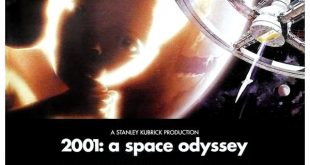