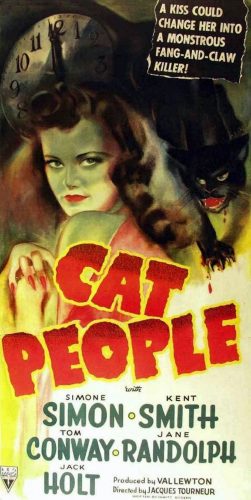 An American man marries a Serbian immigrant who fears that she will turn into the cat person of her homeland’s fables if they are intimate together.

Irena Dubrovna (Simone Simon) is a fashion designer who lives in an opulent New York City apartment that would make even Lois Lane green with envy.  She spends her time drawing sketches of a black panther housed in a cage at the zoo in Central Park. After attempting to discard yet another one of her seemingly inadequate sketches into a nearby trash bin, a marine engineer named Oliver Reed (I kid you not, that’s the character’s name as played by Kent Smith) notices her and accepts an invitation for tea at her apartment. 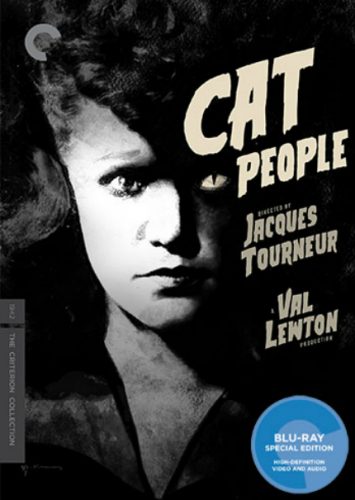 Irena’s apartment is awash in feline and muted sexual imagery.  Oliver admires a statue of a warrior impaling a big black panther via his sword.  Penetration, albeit of the more violent variety, also figures in the film.  Irena goes to great lengths to explain to Oliver her superstitions about her past: as legend would have it, her home village in Serbia was comprised of Christians who were made slaves by the invading Mamelukes. The Black Panther represents the evil of the world, and Irina believes that she is a descendant of it. Oliver is a sweet guy and refuses to put any stock in Irena’s stories and seeks to endear her to him by purchasing a kitten that reacts violently to her.  Even the other animals in the pet store go berserk at her mere presence (unlike in Dario Argento’s Phenomena (1985) when Jennifer Corvino calms down the insects by revealing the truth). 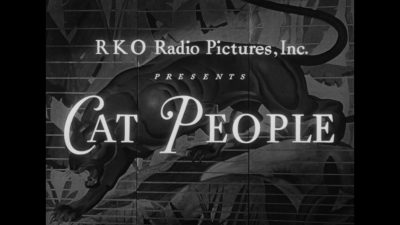 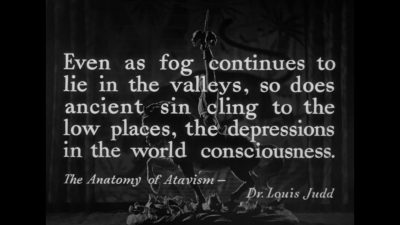 Jacques Tourneur, the director of Cat People (1942) who would go on to shoot many other films including I Walked With a Zombie (1943) and The Leopard Man (1943) and also directed one of my favorite Twilight Zone episodes, “Night Call”, has made a highly effective psychological thriller that beautifully utilizes the power of suggestion to chilling effect.  While the film may seem dated by today’s standards, if you watch the film from the standpoint of a work that was made in a different time some 75 years ago it is still very effective.  Produced by Val Lewton for less than $150,000 and shot in approximately 18 days, the film was responsible for saving the nearly bankrupt RKO Radio Pictures, its success paving the way for a nice run of horror pictures in a similar vein like Universal did some years earlier.  The film is supported with good performances by Jane Randolph as Oliver’s co-worker Alice who is secretly in love with him, Alan Napier as Doc Carver, and Tom Conway as Dr. Judd who attempts to talk to Irena regarding the issues that she has been having. 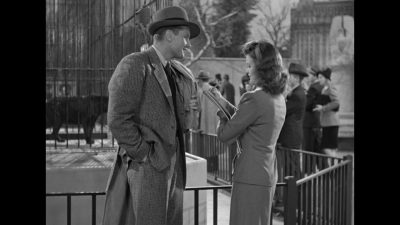 Alice makes the unfortunate mistake of walking through Central Park in the wee hours of the night (why do women do this?) and this sequence is where Lewton’s philosophy of leaving the horror to the viewer’s imagination shines.  There is a careful balance of the juxtaposing of footsteps and light and shadows as Alice makes her way to the bus stop.  The film is probably most notable for the swimming pool sequence when we hear the sounds of the panther and it growls and lurks in the shadows. 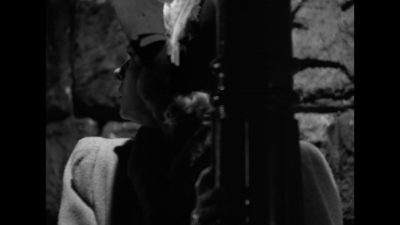 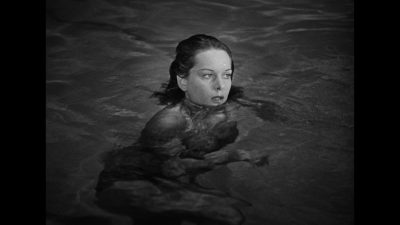 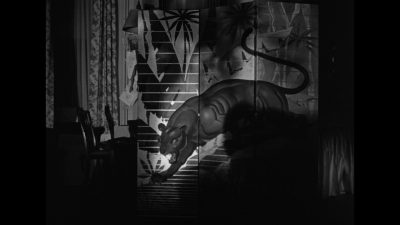 The Criterion Collection had released Cat People on laserdisc in October 1994 and it had contained a feature-length audio commentary by film historian Bruce J. Eder.  Unfortunately, that commentary is not replicated on this new Blu-ray released but rather has been supplanted by a 2005 commentary that originally appeared on the Val Lewton Horror Collection released on DVD in October 2005.  Both commentaries are worthy of a listen, and if you can find the laserdisc commentary I would urge you to seek it out.  Criterion has done another fine job of releasing this film on the latest technology and the new Blu-ray contains the following:

There is also a beautiful, comprehensive book on Val Lewton called Fearing the Dark: The Val Lewton Career by Edmund G. Bansak that can be purchased here on Amazon.com.