Growing up in the Seventies, I was exposed to a large number of schlocky b-movie greatness. Watching Creature Feature on Channel 20, collecting Famous Monsters of Filmland and catching any horror theatrical release I could, I became a lifelong fan of the horror genre. Horror movies at the time were producing classics of the genre, masterpieces that were shaping the future of the medium and the madness – films like The Exorcist, Jaws, Texas Chainsaw Massacre, Dawn of the Dead, Halloween, Phantasm and many more. Other movies, not at successful as these in neither quality nor box office, crept in and shaped my fascination for movie monsters and mayhem. Somehow, despite their faults, they became favorites. Movies I return to from time to time. Movies I enjoy regardless of how good they actually are or, in this case, are not. These are a few of my guilty pleasures.

The Green Slime (1968)
On Saturday afternoons, I would catch fantastic fright films on the local TV channels – Godzilla films, Universal Monsters movies, Vincent Price Corman Poe-inspired classics, oddities from the Sixties. One such film that left an impression was The Green Slime, an American-Japanese produced Sci-Fi feature that just happened to have one of the most bizarre creature designs my young eyes had ever seen. It also had one of the grooviest intro songs. If you thought the intro to The Blob was the tops to horror pops, you’ve never heard the intro to The Green Slime. The effects are awful and the acting is worse and the story in minimal at best; however, it manages to have a child-like, innocent charm that wins you over and keeps you interested. The slime creatures are so obviously of the man-in-suit variety but their imaginatively created with long tentacles and a single large bulging eye. They are always accompanied by a sound track that crackles, pops and whines as they burst into frame, their tentacles whipping around with electric sparks flying from their tips. Great fun. Stupid movie.

Vampire Circus (1971)
At some point I began to become aware of Hammer Films. It didn’t take long to become a huge fan of their entire catalog of films. Slowly I would catch a stray film here and a stray film there on TV (remember, this is before the VHS craze of the 80s) but I would read about them in horror magazines and books – some dedicated to just their films. Peter Cushing, Christopher Lee and Ingrid Pitt would become as familiar names as Boris Karloff, Bela Lugosi, Lon Chaney and Vincent Price. Somehow, somewhere, I caught Vampire Circus on TV (a fairly censored version – I would learn later) and was amazed. The first 15 minutes (the entire opening, before the credits) is a movie in itself, setting up the rest of the film. The villagers raid the Castle of the vampire Count Mitterhaus and destroy him, but not before he can cast a curse on their children. The film cuts ahead 15 years and a finds the town quarantined from the neighboring villages due to the plague. Then, miraculously, a circus comes to town – a circus! How much more fun can you have than a circus. Fantastic. The circus come complete with more vampires, shape-shifters, a dastardly dwarf and David Prowse as the strong man. I was hooked. The movie is too crammed with plot and characters to make much sense of, but it is also fast paced and full of action and surprises. Finally released this year in the States on DVD and Blu-ray by Synapse Films, Vampire Circus is a must-have on my holiday list.

The Devil’s Rain (1975)
In the mid-Seventies growing up, names like William Shatner and Ernest Borgnine were well known. Star Trek was huge on TV reruns and The Poseidon Adventure was big picture my whole family enjoyed. I’m pretty sure I know who Eddie Albert was too, but I can’t tell you why. By the time I saw The Devil’s Rain, I (and the whole world, for that matter) knew who John Travolta was due to his star making role on Welcome Back, Kotter (and later movies like Saturday Night Fever and Grease) who has a small role that was spotlighted in later releases. This movie had two great things going for it, Ernest Borgnine dressed up in marvelous devil makeup, complete with ram horns, and a cast of people who melt in the rain. Take that, wicked witch of the east. This movie instantly captured my attention and I had to find a way to see it. When I finally viewed The Devil’s Rain, the ending did not disappoint. Not only did it have a frightening Ernest Borgnine in the devil-ram-head get up, but he melted too along with all his minions, including a hard-to-spot John Travolta. Fantastic! Still today, I can revisit this film and enjoy it – more so today actually, now that the odd split narrative between the William Shatner and Tom Skerritt charcters actually makes sense – sort of.

The Car (1977)
Seeing the The Car in the theaters in 1977 was a great experience. Whether it be watching the car roll over two police cars (and still drive away!) or listening to Kathleen Lloyd curse at the attacking car or hearing the devil chariot’s horn honk over and over again during the conclusion, the movie made a lasting impression. But, if nothing else, this impression was created by the car itself. The design for the car is extraordinary – sleek, low to the ground with it’s cab lowered as well – and no door handles. No. Door. Handles. Between sporting dark windshields, having no door handles and blasting a thunderous horn, I was convinced this was the devil’s car. At the time, the car also had its own personality – the way it reacted to Lloyd insulting (and amusing) banter, the way is quietly waited in the shadows for its prey or slammed on its breaks and slowly began to creep back towards the hitchhiker who just flipped him the bird. Great stuff! This film made such an impression that I ran out and purchased the novelization of the film and read it over and over. Surprisingly, this movie holds up better than most from this decade. The acting, from Kathleen Lloyd, James Brolin and Ronnie Cox, is above average for the genre, the car effects and stunts are still a wonder to behold and the sound design is still chilling. To this day, the final frames of The Car have me wanting a sequel to be made.

Prophecy (1979)
One thing John Frankenheimer’s Prophecy is not is a good movie; this flick is a disaster with overwrought performances, a silly script and a cheesy monster. But, damn, it’s fun to watch. As cheesy as the creature feature is the mutant bear monster is memorable and ,at times, imposing; however, when it begins to dart after the cast, it looks ridiculous moving in a preposterous fashion. The film is highlighted by a few choice effects when the mutant bear attacks: one fellow has his head lopped off when he peeks out of the tunnels, the tribal chief is picked up and torn apart in a fun stop-motion scene and a group of campers are attacked toward the beginning, having the bear toss one of them (who is zipped up in his sleeping bag) up against a boulder having the down fly across the screen. The film also has a pair of infant mutant monsters that are obviously elaborate puppets – but at least they get to gnaw on Talia Shire for a bit. The bear attacks are the highlight of the film, including the climatic battle toward the end when the bear crashes through the Vern’s cabin seeking to retrieve her cubs. Along with a quick shot of a giant fish leaping out of the lake, the film also features a shock ending where another more-gruesome mutant bear suddenly rises into frame and the Vern family fly away. Quite possible one of the best worst movies from the Seventies.

With the event of direct-to-video in the Eighties, more and more sub par films were being made and the number of guilty pleasure candidates are astounding in number. Low budgets, goofy creatures and silly effects are usual elements found in these type of films. Reacting to a film is subjective and it can speak to you in a way far unintended by the creators or far differently than those shared by many other movie fans. Embrace these films, tuck them privately away, but don’t ignore or forget them – celebrate them. What are some of your most cherished guilty pleasures? 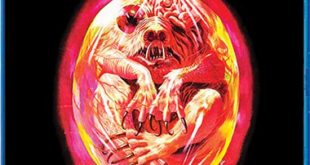 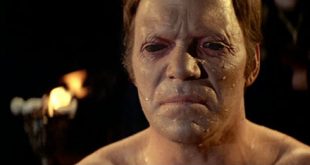