SYNOPSIS:
“Doctor Lorenz, a mad scientist, wants to keep his elderly wife young. He does this by kidnapping young females and extracting fluid from them. He then injects this fluid into his wife. What a diabolical guy!” (courtesy IMDB)

REVIEW:
The curiosity from the nether regions of the Public Domain that I’m discussing for your entertainment this week is The Corpse Vanishes (1942), an above-average film from the poverty row studio Monogram, and starring my favourite Hungarian ham, Bela Lugosi, who plays a mad botanist whose wife needs regular injections of the precious bodily fluids of young ladies to stay young and healthy – somewhat like the needs of Ingrid Pitt in Countess Dracula (1970). 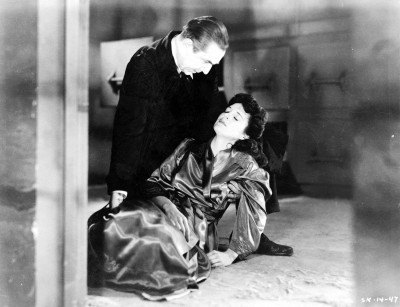 Over the years Monogram turned out enough interesting movies to inspire Jean-Luc Godard to dedicate his first film, Breathless (1960), to it. Their crime dramas were more to his taste but I hope he saw The Corpse Vanishes, as it is quite interesting, more for the talent in front of the camera than behind it. The director, Wallace Fox, was a complete hack who helmed many forgettable films for Monogram, such as Mister Muggs Rides Again (1945), one of several he did featuring The East-Side Kids, formerly known as The Bowery Boys, formerly known as The Dead-End Kids. This film’s producer, Sam Katzman, also bears much of the blame for The East-Side Kids films, and the Jungle Jim films, too. What a ruthless villain! It is debatable as to whether he redeemed himself in later years by producing It Came From Beneath The Sea (1955), Rock Around The Clock (1956), The Giant Claw (1957), and Riot On Sunset Strip (1967) – a film that features no riot whatsoever. 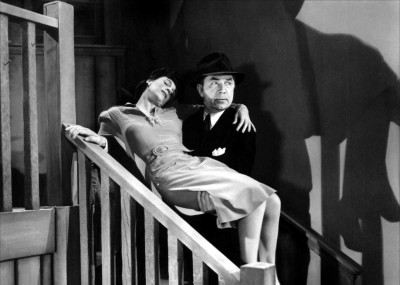 So, you know not to expect superb dialogue, awesome sets or dazzling photography in The Corpse Vanishes, but it’s much easier to endure than old episodes of The Beverly Hillbillies – which is what I was going to discuss, until Amnesty International talked me out of it. They explained it was their version of a preemptive strike in their struggle against torture. When they drew my attention to the pain it would cause, I saw their point. Not having a mean bone in my body, I simply hadn’t thought of that. But who amongst the Horror News staff was their informant, hmmm? 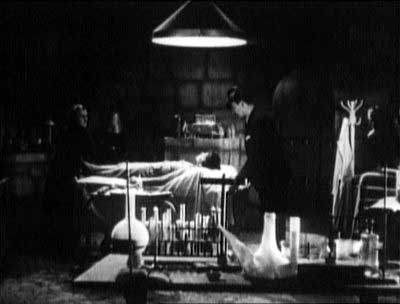 After playing so many mad scientists, it’s not a great stretch for Bela to play a mad botanist. He almost sleepwalks through this one. This might be due to the non-challenging dialogue, or the morphine addiction which had been plaguing him for some years by this time. That probably accounts for the large number of bad films he was in – in his dreamy state, everything looked good. Doctor Lorenz is committing all his crimes for the love of his wife. Sweet, yes, but cruel and hard on the people he uses as a means to an end. They certainly regret what he did for love, even if he doesn’t. The bad doctor and his wife both sleep in coffins – I hope neither of them ever have a restless night, there’s no room to turn over in those caskets. If they tried, they’d wake-up on the floor – like I did. And did you see Bela taking a deep breath as the police open his coffin in the car? A more observant police officer would have solved the case there and then, and reduced the duration of the film by more than half. Elizabeth Russell, who plays the toffee-nosed Countess Lorenz is well-known to admirers of low-budget horror films, courtesy of the memorable supporting roles she had in four of the best of them. The Cat People (1942), The Curse Of The Cat People (1944), The Seventh Victim (1943), and Bedlam (1946). Alas, she never got the substantial role in mainstream A-grade films that her talent deserved – despite being Rosalind Russell’s sister-in-law – and she remains known and respected only by those who remember the films of Val Lewton.

Luana Walters, as Patricia Hunter, feisty reporter, had a far less interesting career, and is remembered by practically no-one. In the mid-forties she was in a number of B-grade westerns which did not lead to better things, and she finished her career in bit parts, like a cell guard in Girls In Prison (1958). Devotees of the films of director Howard Hawks would recognise Vince Barnett, here playing Sandy the comic relief…I mean, photographer from the original Scarface (1932), as Paul Muni’s henchman whose inability to take messages on the telephone provides that film with a modicum of comic relief. 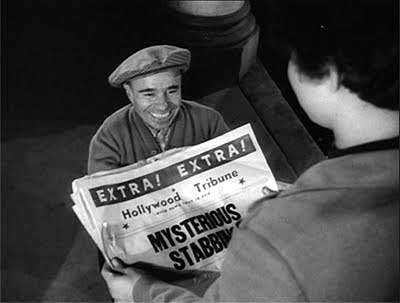 There is one among the cast with a resume even more interesting than Bela Lugosi’s. Angelo Rossitto, who plays Toby the sinister dwarf. Born in 1908, he appeared in more than seventy films in a career lasting nearly sixty years. I’ll name just a few his credits. Starting in the silent era, he shared the screen with my good friend John Barrymore in The Beloved Rogue (1927), was one of the title characters in Freaks (1932), the second little pig in Babes In Toyland (1934), a stunt double for Shirley Temple in the thirties, and bit-parts in Hellzapoppin (1941), Samson And Delilah (1949), Invasion Of The Saucermen (1957), The Trip (1967) – which is the link with the centre of our universe, Roger Corman – and his final film appearance was in Mad Max Beyond Thunderdome (1985) as the Master portion of Master-Blaster. An impressive career for an actor just two feet eleven inches tall. 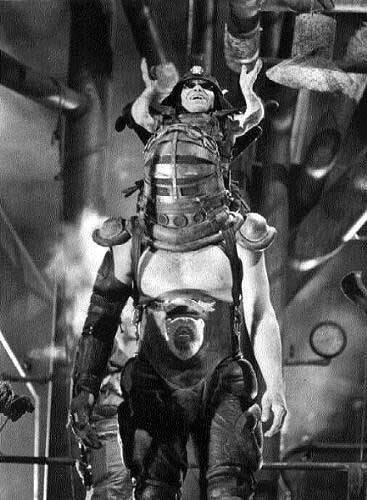 If you applied Marxist literary theory to The Corpse Vanishes, you’ll discover it was a subversive political film. No, really. Doctor Lorenz addresses his helpers as ‘family’ but the only person he cares about is his autocratic wife. Notice the readiness of the powerful to ill-treat and murder their own servants, even after the servants had committed many crimes for their master. When Fagah finally discovers the contempt her master and mistress really have for her, she rises up and strikes down her cruel, arrogant oppressors. I wonder why the House Of Un-American Activities Committee didn’t pursue the makers of this movie? That is exactly the sort of message they wanted to stamp out. Were they were disarmed by the film’s only topical reference, when Sandy the photographer says he has enough film to cover the Russian front? Did government spies even bother to see Monogram movies? Am I just reading too much into a hack horror film? Nevertheless, I hope to have your company again next week so I may bewilder you with another amazing oddity from the public domain for…Horror News! Toodles!