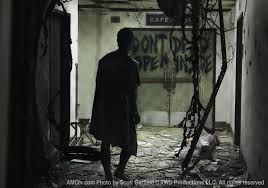 The breakout hit of the season, The Walking Dead, has re-introduced zombies to the population in a unique way.

Starting out as a monthly comic by Robert Kirkman, The Walking Dead has managed to captivate audiences with deep storytelling, and rich character development set within a horrendous backdrop a zombie apocalypse.

Here is a brief history of The Walking Dead, its hit as a comic and now as an amazing television show on AMC. It has been better than most of the horror movies I’ve seen and this says a lot. 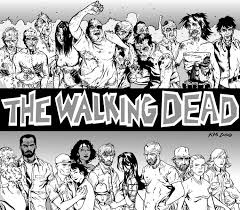 The Walking Dead started out as a monthly black and white comic published by Image Comics beginning in 2003. The Walking Dead is created by Robert Kirkman and artist Tony Moore, who was later replaced by Charlie Adlard from issue #7 onward. Tony Moore continued to do covers through issue #24 though.

The story chronicles the travels of a group of people trying to survive in a world stricken by a zombie apocalypse. The series won the 2010 Eisner Award for best continuing series at San Diego Comic-Con.

The plot centers mainly on Rick Grimes, a small-town police officer from Kentucky, his family, and a number of other survivors who have banded together in order to survive after the world is overrun with zombies. As the series progresses, the characters become more developed, and their personalities shift under the stress of a zombie apocalypse, most notably Rick’s.

There are 79 issues to date and 13 volumes, which are comprised of 6 issues each. There is also a hardcover edition available, they consist of 12 issues and include two story arcs from the series. There are also limited editions and signed copies of The Walking Dead.  AMC released a motion comic which follows the story from the third part of issue #1 of the comics, with art from Tony Moore and voiced by Phil LaMarr.

There is also a slew of merchandise for The Walking Dead. This includes zombie busts statues, Rick vs. Zombie statue, t-shirts (available in a host of places including Hot Topic), posters, Calenders (one for 2009 and one for 2011), a script book (unedited scripts from issues #1-#6) and TWD glasses and steins.

The summer of 2009 it was announced that AMC had picked up the rights to produce a show based on the comic. In January 2010 AMC officially announced that it had ordered a pilot for the series. Frank Darabount (The Shawshank Redemption, The Green Mile…) and Gale Anne Hurd act as executive producers and Darabount would write and direct. The entire season was ordered based on the source material, the television script and Darabount’s involvement. Robert Kirman also acts as executive producer and writer. The pilot began filming in Atlanta, Georgia in May 2010. AMC had officially ordered a 6 episode season premiere at this time. The later episodes began filming in June 2010. On July 17, 2010, Darabont revealed who would be writing and directing the six episodes of the first season. The series is shot on entirely on 16 mm film.

The Walking Dead premiered on AMC on October 31, 2010 during AMC’s “Fearfest.” The first episode, entitled “Days Gone Bye” was 70 minutes long and attracted 5.3 million viewers, making it the most-watched premiere episode of any AMC television series! The television series mirrors the comic’s plot, telling the story of the aftermath of a zombie apocalypse. The Walking Dead follows a group of survivors traveling across a decrepit United States, led by Rick Grimes. As their situation grows more and more grim, the group’s desperation to survive pushes them to the very brink of insanity. At every turn they are faced with unspeakable horrors, both from those who are dead, and from the scattered remains of a struggling human population. The show is and will deviate away from the comic, telling stories of the human struggles in an inhuman situation, introducing some new key characters and plot points.

The Walking Dead debuted during the same week in 120 countries. As part of an expansive campaign to raise awareness for the premiere, AMC and FOX International Channels coordinated a worldwide zombie invasion event on October 26, 2010. They also tapped into online promotions and interactive content. There are behind-the-scenes videos and interviews on AMC.com, contests, and hidden “easter eggs” on the site.

Reception for the show has been extremely positive. Just recently the fifth episode aired, “Wildfire” to 5.5 million viewers. The highest number the show has attracted so far. “For all its set pieces…Walking is most breathtaking in its small moments, in which the pain and glory of being human are conveyed with only the flick of a filmmaking wrist.”— Nancy DeWolf Smith, Wall Street Journal.

As of November 8, 2010, AMC confirmed The Walking Dead will be picked up for a second season with 13 episodes. Darabount would love to introduce some favorite cult characters and tackle the environmental elements dealt with in the comic for the next season. The second season would also air sometime in 2011, most likely in October. 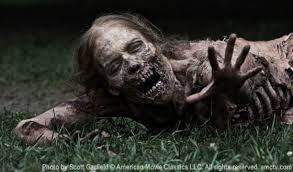 With only one episode left in the season, fans are ravenous for more. Darabount has left enough plot points open for season two that should keep fans on their toes. The first season should also arrive in Spring of 2011 on DVD and Blu-ray. Also make sure to check out the comic books, available at your local comic shop and bookstore. This should be enough to tie fans over until the next season. I know I’ll be there, will you?