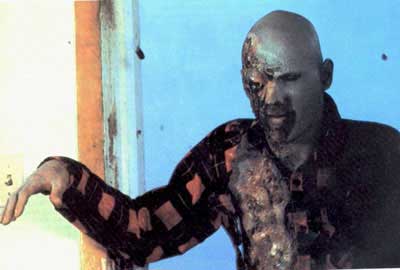 A very historic event is upcoming and will change the world significantly. The people on this planet will suddenly get a new outlook, and everything will change drastically. If you think this is reference to the inauguration you are plum insane. In the near future a catastrophic event will occur to the earth, whether air born, animal born, or bred and nurtured in a laboratory. This disease will be the cure of all of life’s problems for one reason; it is the exact opposite. Death is coming, however it will be in the form of an imitation of life. In a sense this will be rebirth for people who are infected. Rebirth in the form of reanimation after death.

The act of zombification sounds farfetched, it sounds like inane dribble originated from fairy-tales or horror-myths, but this is incorrect. In fact, an impending zombie apocalypse is not that far from reality based fact.
Let’s take a closer look into the origins of the undead creatures of the night. It all started in Haitian and West African mythology with a practice known as voodoo. A necromancer would damage a victim’s brain with poisons, and then take control of the mind. These humans were not in fact dead, but mindless and very easily influenced into doing menial tasks.

In ancient Sumerian times, an epic poem known as “The Epic of Gilgamesh” made mention of the undead in the form they portray in much of pop-culture and films today.:

There have been numerous films in the horror/zombie genre to this day, so where did they get their roots? Surprisingly to some, George A. Romero’s “Night of the Living Dead”, was not the pioneer film of the genre. “White Zombie”, an American horror film was the first to include our undead friends. This movie features the voodoo version of zombies that were mentioned earlier in this column.

Although George Romero’s film was not the first zombie film ever made, it is undoubtedly the most influential. Violence and gore was quite uncommon, if not non-existent in that era, and some of the graphic content of “Night” had some critics in an uproar. George went on to direct four more installments in the “Dead” series which included; Dawn, Day, Land, and Diary. In the not-too-distant future will be all blessed with a sixth film in the saga, tentatively titled “Island of the Dead”.

Other filmmakers caught on quite fast and soon zombie-apocalypse became its own genre in film. From Italy’s “Zombi” to New Zealand’s “Dead Alive,” zombie films have become a very popular franchise, even more booming than ever with the success of the 2004 remake of George Romero’s “Dawn of the Dead.” It has even become common ground to mix this genre with comedy in a sub genre known as the “Zomedy”. This genre, (aside from a few voodoo zomedy’s) really began with 1985’s “Return of the Living Dead”. This film considered itself an unofficial sequel to George Romero’s “Night”, as they make reference that the movie was actually based on fact and the Government tried to cover it up.

Then came along a filmmaker who you all know quite know by the name of Peter Jackson. Mr. Jackson is famous for helming such box office giants as “The Lord of the Rings” and “King Kong”. Well, in his earlier career he dabbled in horror and other films of very perverse nature. Peter Jackson’s “Dead Alive”, (Also known as “Braindead” outside of the U.S.) is hailed as “the goriest film of all time”, and rightfully so. This film is best not seen while eating a meal, and is absolutely hilarious and outrageous. Time went on and a film called “Shaun of the Dead” injected new life and broadened the fan-base. After that more living dead comedies came out including “Dead and Breakfast”, “Undead”, and a little gem about zombie-sheep called “Black Sheep”.

So, what are zombies? In order to recognize the threat you need to understand what you’re looking for. The most common type of zombies are the slow-movers. A rotting corpse only takes 3 hours for rigor mortis to set in , with the muscles being completely stiff at 12 hours. This would cause the ghouls to stagger and move at a very slow pace. However, with the corpse constantly moving, it is possible that the muscles stretch and it becomes easier to be more nimble. This is all depending on the cause of death, obviously if the cause of death is blunt trauma, the damaged area will remain compromised. There is no regeneration of the injured tissue, and therefore if an appendage is damaged, (especially the legs) the zombie will drag the limb and walking will become impaired and slurred. The scary thing about zombies is, they do not know limits, nor do they have a threshold of pain. When a human punches something, or bites into something rough, our mind reacts by sending us signals that cause pain. The undead fiends do not feel pain, they do not feel fatigue. So, if you are not a fan of the “shambler” type of zombie because they aren’t scary enough for you, know that they never get tired, and they never sleep.

In the 21st century, we’ve seen the rise of a new breed of zombies. These undead are blazing fast and are in a fury. They are known as “Fast-moving zombies”, or “Ragers”. These came about with films such as “28 Days Later”, and the previously mentioned remake of “Dawn of the Dead”. While the undead in 2004’s “Dawn of the Dead are considered zombies still, the ones in “28 Days Later” are known to be infected with a form of rage transferred through blood from chimpanzees to humans. It is a form of control, however. They become a branch off the tree of zombie (lack of) life due to the fact that their minds are controlled and irrational. These “zombies” seem to fit right in with the origins with the voodoo priests because they are not actually dead, and can be killed or starved. They are incredibly angry and hostile, it seems

their only thought is bent on destroying and feeding on the living.
In the future, if you see a canister labeled 2-4-5 Trioxin, never open it, and definitely don’t call the number on it. If you see a rat-monkey from Skull Island, definitely turn the other way and don’t tell mum. And never, ever, try to liberate laboratory chimpanzees if their eyes are cracked and red. Zombie apocalypse is imminent, but we can all do our part to slow it from coming to fruition.