“A smart film that sneaks up and scares the hell out of you!” –Ain’t It Cool News 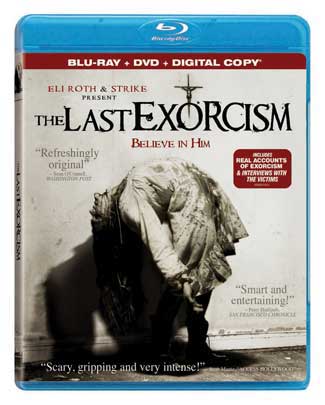 PROGRAM DESCRIPTION
Everything you believe will be changed this January as Lionsgate releases The Last Exorcism to DVD, Blu-ray Disc, Digital Download and On Demand. This clever, bone-chilling film comes from a collaboration of minds – rising director Daniel Stamm (upcoming M. Night Shyamalan’s Reincarnate), as well as all-star horror producer Eli Roth (Cabin Fever, Hostel, Hostel 2) and the producers of Dawn of the Dead. Hailed as “Scary, gripping and very intense!” (Access Hollywood), The Last Exorcism was a festival favorite chosen for the LA Film Festival, Toronto After Dark, Fright Fest and others throughout 2010. The film tells the story of a charismatic preacher expecting to perform a routine “exorcism” on a disturbed religious fanatic but instead he encounters a true evil far beyond his wildest imagination. Both the Blu-ray Disc and the DVD provide a deeper look into the film with two commentaries from the actors, director and producers; a “making of” the film; the 2009 Cannes Film Festival teaser trailer and a featurette that examines those involved in real life exorcisms. The Blu-ray Disc hosts exclusive bonus materials including an additional commentary containing stories from a spiritual warfare counselor, a “haunting” victim and a clinical psychologist; audition footage from Ashley Bell and Patrick Fabian and the theatrical trailer. “The scariest movie of the summer!” (WABC) heads home on January 4th for the suggested retail price of $29.95 on DVD and $39.99 on Blu-ray Disc.

After years of performing “exorcisms” and taking believers’ money, Reverend Cotton Marcus (Patrick Fabian) travels to rural Louisiana with a film crew to document what is to be his last so he can dispel what he believes is the myth of demonic possession. The dynamic reverend is certain that this will be another routine “exorcism” on a disturbed religious fanatic but instead comes upon the blood-soaked farm of the Sweetzer family and a true evil he would have never thought imaginable. 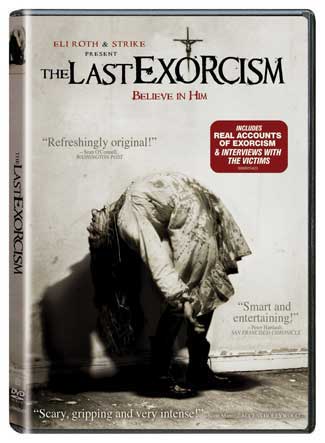 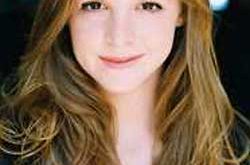 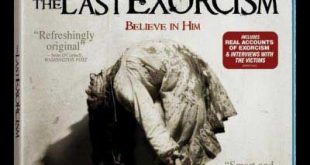