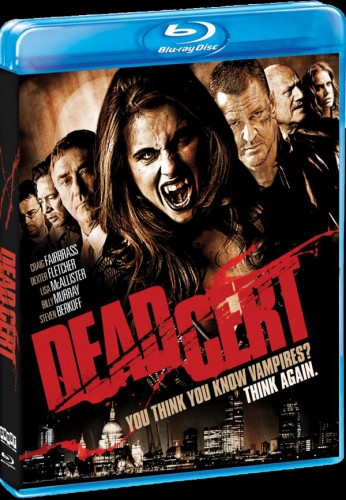 A gang of tough London gangsters get more than they bargained for when a group of businessmen make an offer to buy their club, the Inferno. They turn out to be nothing less than Vampires wanting their land back and turn viciously on the gangsters when their demands are not met.

Veteran actor Craig Fairbrass stars as Freddy Frankham, owner of a popular gentlemen’s club. On the side he dabbles in some other unsavory activities as well, including drug deals and underground fights. His brother-in-law Dennis is a fighter for him, and a damn good one at that. Freddy bets the big money on Dennis and cleans house fight after fight. That is until the Romanians show up, led by Dante Livenko (played by Billy Murray). His offer is simple. Dennis versus his man, a hulking brute of little words. At stake is the club if he loses, three million dollars if he wins. 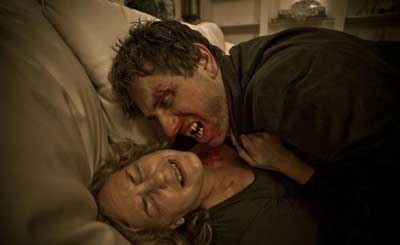 Freddy has poured the last twenty years of his life into this club, but in another banner decision in the long, sordid history of male pride, he stupidly agrees. It would have worked much better if say, Freddy was on some hard times and was in need of a quick score to pay off some debt, but his club is a huge money maker. There isn’t really a reason for him to take this silly bet, except that we can now have a movie.

Suffice it to say, the fight does not go to well as Dennis is quickly knocked to the ground, but it doesn’t end there. Yep, he gets killed as the Romanian sinks his teeth into his neck. And quicker than you could tuck a dollar into a G-string, Dante and his clan quickly take over the club and make it their own. And like any new good owner, he evaluates the girls, ready to fire them all if they don’t please the customer by any means necessary. 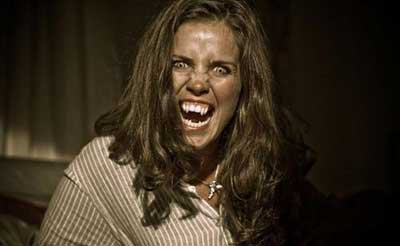 Freddy is reeling, what with the loss of his club and his brother-in-law. Things don’t get any better at the funeral when a crazed man approaches and yells that he could help him deal with the evil creatures if only he would listen to him. But after a stern talking to from the wife, Freddy decides to do whatever it takes to take back his club. 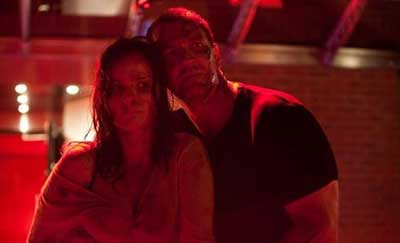 From here on out Dead Cert plays out in a routine fashion as Freddy and his buddies do some good old fashioned vampire slaying. This is probably what hurts the movie the most as there are really no real surprises along the way, save for one twist. People you think are going to live do, and those you think are going to die do as well. The plot goes through the motions as the body count rises. 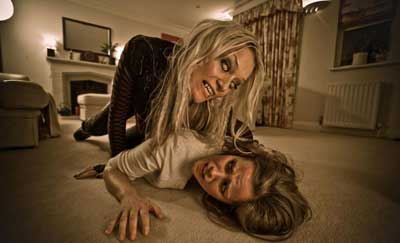 The vampire as gangster is a cool angle but somehow feels as if it wasn’t exploited enough. The effects are nothing to write home about as the blood, while not scarce, just spurts out matter-of-factly if that’s even possible. As for the vampires themselves, I think the special effects team ran out of money. I’m guessing they bought their vampire teeth at a dollar store as they are about the shortest vampire teeth I’ve ever seen. The bad guys are all rather subdued with the exception of one bad-ass blond, who I have to admit does a good job of being just a little bit unhinged. 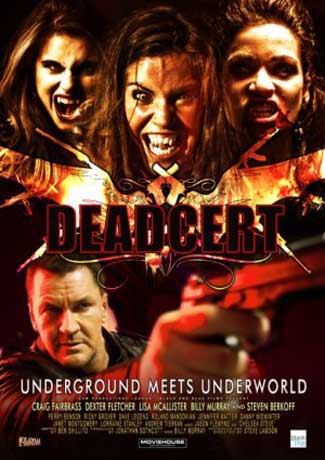 All in all I would have to say this is a so-so film. The cast is full of veteran actors who do the best they can with the material they have. If you can catch this one for free than I would say see it as the plot, though relatively basic, moves at a crisp pace. I just can’t see wanting to watch this one again and again as one would do with a dvd purchase.