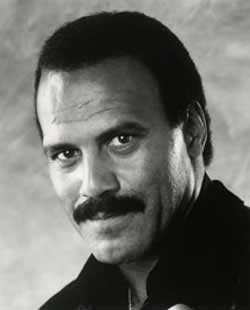 TBS: (Laughing) No problem, I’ll refer to you as Mr. Williamson or maybe Mr. Hammer or just Hammer is that ok?

TBS: Ok Hammer, I have to start by asking you about Tarantino’s “Inglorious Basterds” since it was loosely based on your original film. What was your take on it?

FW: Well you know Quentin’s version was of the one we did in 1975. The big difference was they went into Germany looking for Germans to kill. In our version we were trying to get out of Germany so we wouldn’t have to kill any Germans or get ourselves killed as well. So the theme was different.

TBS: Could you just talk a bit about all of the classics that you made in the 70’s & the 80’s? Are you still making films and if so is there something you’re working on currently? And how do you look back on those times compared to now?

FW: I don’t think you have enough tape for me to tell you about all the work that I’ve done over the years dog. I’ve done over 100 films, producing, directing & writing. And I did all that because I wanted to be the hero in the movies that I was on the football field. When I came to Hollywood, I gave the producers 3 rules if they wanted to work with me: You can’t kill me, I win every fight I’m in & I get the girl at the end of the movie. If I wasn’t getting 2 out of 3 of those rules then there was nothing to talk about. I’m not interested. That was my motivation to go out & do my own films & that’s what I’m doing now. My last film was “Original Gangsters” & now I’m getting ready to make a sequel to it called “Old School Gangsters”. 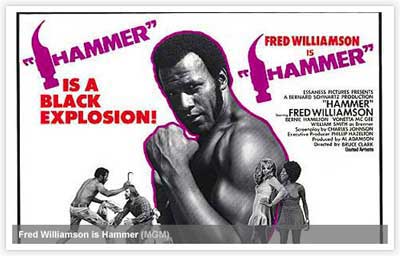 FW: It’s true. But I’ve done 5 movies with Gary Busey & I’ve beat him up on all five of them. So I won’t have any problems with Busey…

TBS: That’s good to hear. when does the movie go into production?

FW: Probably in about a month. I’ll start in a month in Chicago. 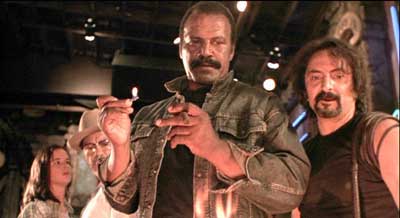 TBS: Will the filming take place completely in Chicago?

TBS: Do you have studio backing on this or is this an independent film?

FW: No, I don’t need the studio. The studios don’t wanna work the way that I work so I don’t want to be bothered by them. Give me the money, let me make the project…finished. The studio gets involved the price triples & they put in a lot of people that you don’t really need & all that gets taked on to your budget. My films are independently financed & that’s what makes me an independent filmmaker. I go out & I find independent money to make my films.

TBS: I’m glad you feel that way. I try to push independent filmmaking as much as I can because Hollywood is basically a machine that grinds up the meat & then just spits them out and call them movies.

FW: Hollywood grinds them up & spits them out because they can. They have the money. It’s not their money their spending , it’s the investors money. If they want to make a $90 million dollar movie they just go write a check. The money is coming from investors in the studios. If the film doesn’t make money they just go on to the next one. Independent guys..by the time you give away your first born, your car & the mortgage on your house you better be successful or you’re gonna lose it all. 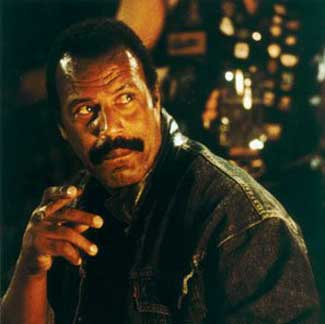 TBS: Is that how far you’ll go to make one of your movies?

FW: Been there, done that.

TBS: And you’ve still got the same house so you’re doing ok…

TBS: (Laughing) There’s nothing like success. And I’m not going to ask you how old you are bu…

TBS: Do you still do your own stunts?

FW: Nobody else in Hollywood could match me man. My stunts are too smooth for anyone to match me. No..no…no. Plus they ain’t got no Hollywood stuntmen big as I am. They all working with the little guys like Eddie Murphy, you know? I’m 6′ 4″, They ain’t got nobody my size.

TBS: Let me ask you one last question. You mentioned something earlier about your “Three Rules” & if they didn’t come up with at least 2 of the 3 don’t bother talking to you.

TBS: I can’t think of a movie where any of those rules were broken.

FW: Thank you very much dog, Thank you.