SYNOPSIS:
“Mystery writer Cornelia Van Gorder has rented a country house called The Oaks which, not long ago, had been the scene of some murders committed by a strange and violent criminal known as The Bat. Meanwhile, the owner of the house, bank president John Fleming, has recently embezzled one million dollars in securities, and has hidden the proceeds in the house, but he is killed before he can retrieve the money. Thus the lonely country house soon becomes the site of many mysterious and dangerous activities.” (courtesy IMDB)

REVIEW:
When I inform you I’m discussing an Old Dark House film, you know what to expect. Concealed doors, secret passages, people abducted in the few seconds when no-one is looking, dead bodies behind secret doors, servants who may or may not be malevolent and a scoundrel at large, moving freely about the house. This film doesn’t miss a single cliche, despite the fact it isn’t The Old Dark House (1932) film, but An Old Dark House film. This one is called The Bat (1959), was made in 1959 and stars Agnes Moorehead and Vincent Price. 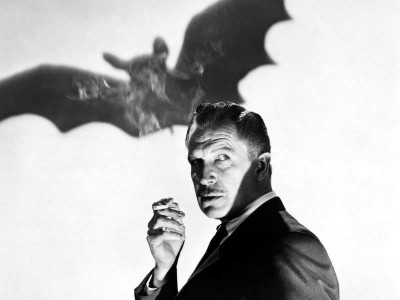 This particular Old Dark House story began life as a popular play in the twenties and has been filmed twice before. First in 1926 as The Bat with a good cast and excellent sets designed by William Cameron Menzies and directed by Roland West. In 1930, the same director made a talkie version, this time called The Bat Whispers (1930). This second version was distinguished by superb model work. What makes the 1959 retelling stand out from the crowd is…I have a copy! The Bat was directed by veteran Crane Wilbur, and not much good did it do anyone. Wilbur started his movie career as an actor, and he was in The Perils Of Pauline (1914) as Pauline’s foolhardy love interest. Later he alternated between writing and directing. He wrote the screenplay for House Of Wax (1953), which may well be the closest he ever came to above-average work. As I watch The Bat I’m rather disappointed with Wilbur. 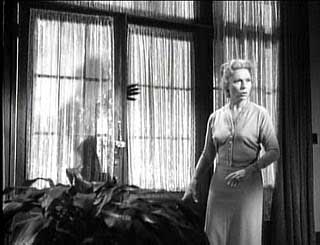 If only there was a part for me in The Bat, I would have been in a position to politely offer him some good advice. He wouldn’t have been obliged to take it, of course. I’ve offered advice to other directors in the past, some accept it, other don’t. I remember when I was playing Sean Connery’s body-double at the end of Zardoz (1974). I told John Boorman not to have the remains of Charlotte Rampling seated next to me. “John,” I said, “It would imply we died at exactly the same time and that we somehow stayed seated together, undisturbed, for a very long time. Audiences will find that far-fetched and silly” I said. John laughed good-naturedly and confidently told me “After what I’ve already shown them in Zardoz, the silliness of this scene won’t even register!” But I dally-on. 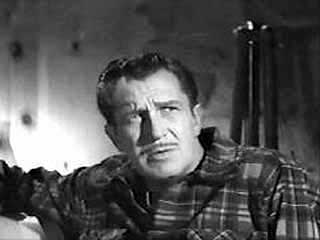 My old friend Vincent Price is playing yet another villain. Don’t you just love that combination of mellifluous voice and pencil-thin moustache? At least, I hope you do, for I’ll be discussing more of his films at another time. His performance in The Bat is admirably restrained, really. I’m aware some people have called him a ham. How unkind! Vincent Price was a good friend and I would never say he had a tendency to go over-the-top, but I might say that NASA are still receiving photos of his performance as Doctor Goldfoot And The Bikini Machine (1965) transmitted from Voyager One. 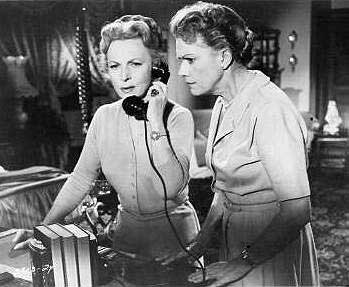 Agnes Moorehead as Cornelia Van Gorder provides The Bat’s best performance and is the best reason to keep on watching, since you might need one. Over the years she was thrice nominated for the Best Supporting Actress Academy Award, for The Magnificent Ambersons (1942), Johnny Belinda (1948), and Hush Hush Sweet Charlotte (1965), but had no wins. You’d best remember her from television’s Bewitched, where she played the troublesome mother-in-law Endora, named after The Witch Of Endor from the Old Testament. In 1974 she died of pneumonia, which means she didn’t share the fate of her co-workers in The Conquerer back in 1956. The Conquerer is a stinking bad film, and it was shot on locations that had recently been used for the testing of atomic weapons. Many of the cast and crew later perished due to cancer, so don’t say bad films never hurt anybody, okay? 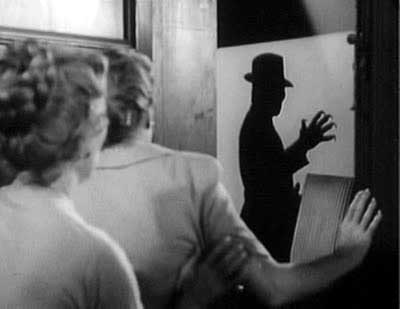 Also in the cast of The Bat is Darla Hood, playing Judy Holland. From the mid-thirties to the early forties Darla was a member of Our Gang, also known as The Little Rascals, appeared in many short films and waited many tables. There were lots of talented kids in Our Gang and a few of them had substantial careers as adults. Darla was not one of them. She followed The Bat with voice-over work for Gulliver’s Travels Beyond The Moon (1965) and The Little Rascals Christmas Special (1979), and that’s about it, really. 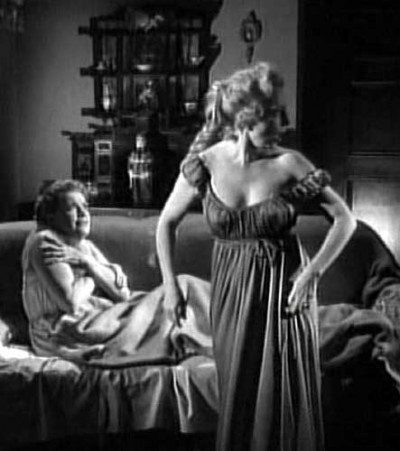 Lieutenant Anderson is played by Gavin Gordon. Back in 1930 he was Greta Garbo’s leading man in Romance (1930), her second talkie. In The Bride Of Frankenstein (1935) he played Lord Byron in that superfluous and slightly silly prologue. Were it not for the presence of the lovely Elsa Lanchester, I’d be calling for it to be cut. You’d never know it, but there’s a master cinematographer working on this film. I speak of none other than Joseph Biroc. He photographed It’s A Wonderful Life (1946), The Amazing Colossal Man (1957), Blazing Saddles (1974), The Towering Inferno (1974), Flying High! (1980), and several films for Robert Aldrich including The Flight Of The Phoenix (1965) and Emperor Of The North (1973). Trust director Wilbur not to make good use of Joseph’s talents on The Bat!

But who is The Bat? The suspense is almost overwhelming! So many different suspects to choose from! Who is that villain? Whenever I hear them speak of The Man Without A Face (1993), I pause and think to myself, why, that was Mel Gibson, wasn’t it? Oh, no, he was off his face…all things considered, perhaps I shouldn’t automatically rule Mel out as a possible suspect. I hope I’m not spoiling it for you, but Lieutenant Anderson is The Bat all along! I never saw that coming! Of course, I was getting fiction mixed-up with reality again. Such things as corrupt, self-serving, murderous police officers happen often in fictional films, but then it’s only the most imaginative part of the story. Rest easily. In the real world we live in, police officers are invariably honest servants of the entire community. And you’ll remember I said so, if ever I need character witnesses, won’t you? I hope you enjoy watching The Bat and, after all, there are worse ways of spending ninety minutes. I look forward to having your company next week when again I’ll expose you to the treasures and terrors of the Public Domain for…Horror News! Toodles!