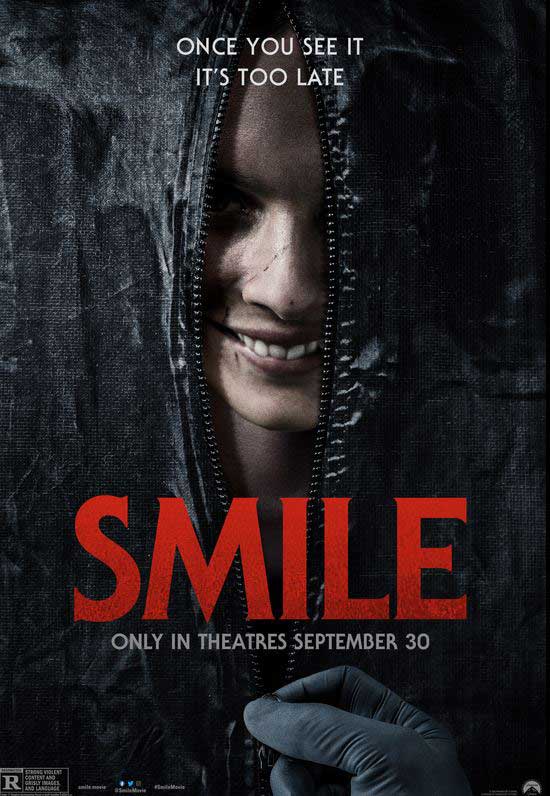 After witnessing a bizarre, traumatic incident involving a patient, Dr. Rose Cotter starts experiencing frightening occurrences that she can’t explain. Rose must confront her troubling past in order to survive and escape her horrifying new reality.

Labeled a “American psychological horror”, the 2022 release of Smile (2022) is exactly that. A surprise horror win for the genre in 2022, this movie offers enough creepiness factors that it accomplished what it set out to do….creep us out.

Directed and written by Parker Finn, Smile is a debut film that hits its marks in a way that I haven’t seen since Ari Aster’s directed releases. It arrives packaged in its simplicity. The idea that something as simple as a smile can be unnerving is an interesting concept. The idea that it is a fluid curse is even better.

We have seen a few films in past that additionally fair well on this aspect (smiling that is), however I’m reminded of an experience called “Hush”, an episode of Buffy the Vampire Slayer. 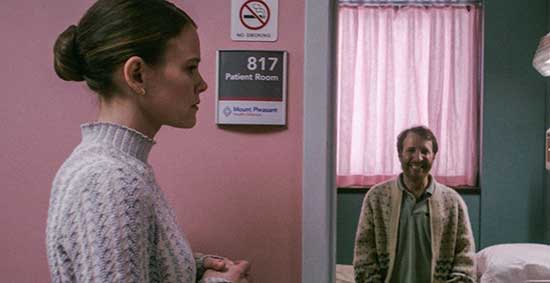 Moving ahead, Smile is a supernatural film that like the movie “The Ring” is based on a viral type of spread, or a curse rather. The kicker here is that a viral possession of sorts is spreading to those who witness the infected’s suicides. Now without spoiling it, we do get eventually to the source but like many horror films we are granted enough holes to keep things kind of ambiguous. Is this approach reminiscent of the movie “The Ring”? Sure 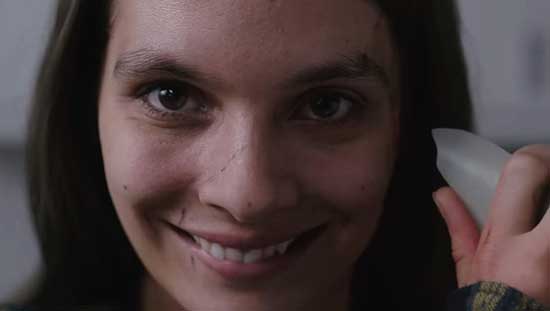 Though I advise viewers to avoid to many apples to apples comparisons and just go with the rhythm of this movie. The central scare here it that the cursed transform only with the emergence of a demented smile. Not a happy smile, but a disturbed person smile that indicates they are now affected. I came out of this one with the same affinity I had with the movie “Malignant”, which also had creepy and original elements.

Smile takes a note from films that supply scary notions that for one reason or another, are designed to get under our skin.

Actress Sosie Bacon plays the prime role of Rose Cotter alongside noted actor Kyle Gallner, a prior flame she confides in to investigate the sequence of occurrences.

The two of them make a great team intent on their own focused detective work tracking the trail of suicides. As a pretty active horror viewer, I can point to a few patterns that were unavoidable. In their words, we kinda of know by instinct where this is all heading and who are going to be affected. That’s ok, as the movie is still a fun film. 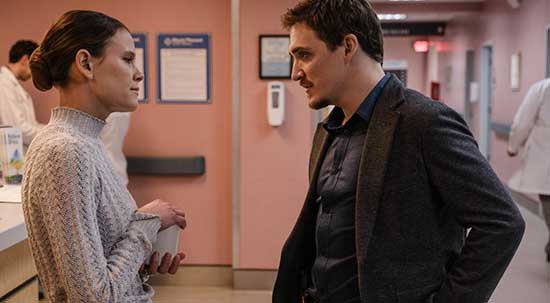 In research, the film grossed an incredible $215 million against it’s $17 million dollar budget. That’s a solid win for the studio, for sure. The movie was also a product of Finn’s previous shirt film which inspired the feature. As mentioned earlier, Smile is creepy. It’s trailer is even creepy which lead to the increase of interest from viewers. It went to theatres and deemed itself worthy. 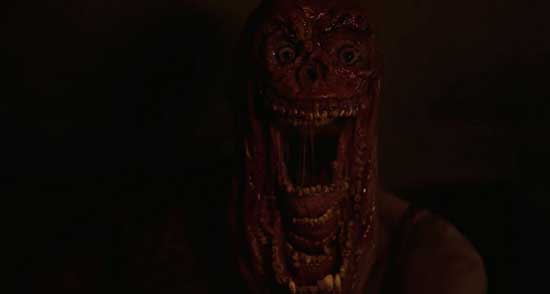 Nice job per the acting team and per its creator Parker Finn. We went thru a “Slender man” phase and as a result turned out to not be that effective. Smile is.