“In my restless dreams  I see that town, Silent Hill…You promised you’d take me there again some day. But you never did. well I’m alone there now, in our special place. waiting for you…”

There are some movies and games that stay with you long after their credits rolled, Silent Hill is one of these video games. Praised for the amazing and horrifying use of atmosphere, Silent Hill has effectively made it’s mark so much that there are 7 games (another in currently in development), comics and movies in production. Let’s take a look back at where it all began and where Silent Hill will take us next.

Silent Hill is a survival horror game franchise, developed and published by Konami. Players take control of an “everyman” protagonist traveling through the nightmarish and decrepit remnants of the town Silent Hill. Usually the story reveals a psychological repression that our characters have hidden within their past along with a tainted history of the town. 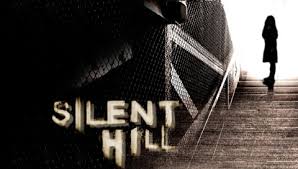 Conceived by the game designer Keiichiro Toyama, the first Silent Hill was released in 1999 for the Sony Playstation. The plot of the game centered on Harry Mason arriving in Silent Hill and his relentless attempts at finding his adopted daughter, Cheryl. As the game progresses Harry finds that Cheryl has a disturbing past as the details of her genesis are revealed. Silent Hill 2 was released in 2001 for the Playstation 2, Microsoft Xbox and PC. The plot centered on James Sunderland, who had received a letter from his deceased wife informing him that she is waiting for him in their “special place”, which leads him to Silent Hill. His past is revealed through the characters he meets and the horrifying monsters that wait for him. Silent Hill 3 was released in 2003 on the Playstation 2 and the PC. Highly connected to the events of the first game, the plot surrounds a teenager named Heather as she uncovers the mysteries that surround her past — including her own link to the haunted town. 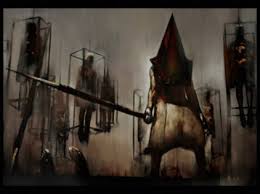 The first three games have received critical acclaim, GameTrailers named the first installment #1 on their “Top 10 Scariest Games” list, calling it a “masterpiece.” The game was considered to redefine survival horror, changing the more action-oriented style based on Resident Evil to a more atmospheric, puzzle-based adventure.

Silent Hill 2 was named the 20th best game of the PS2 by IGN, saying “It preserved most of the original game’s what-might-be-out-there fear, but with major advances to the graphics and sound, the game was able to deliver a far more immersive, frightful and compelling storyline.” Silent Hill 3 received praise for it’s story, being a continuation of the first game.

Silent Hill 4: The Room was released in 2004 for the PlayStation 2, Xbox, and PC. The plot follows Henry Townshend who finds himself mysteriously locked in his own apartment until a hole appears in his bathroom wall. Wondering how to leave his apartment, he travels inside the hole, each time returning back to his room somehow. 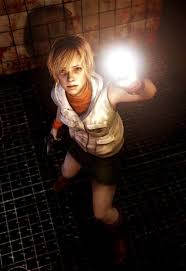 His room and surroundings change over time. The game features characters that are mentioned in previous titles and reveals more secrets of the town as well as secrets in Henry’s past. Silent Hill: Origins, the next available game in the series, acts like a prequel to Silent Hill and was released in 2007 for the PSP (Playstation Portable) and in 2008 for the Playstation 2. The game follows Travis Grady, a trucker with a disturbing past who becomes trapped in Silent Hill after rescuing a girl from a burning house. During his quest to find the fate of the burned girl, he encounters characters from the first game and some new ones from his own subconscious. The sixth installment, Silent Hill Homecoming was released in 2007  for the Playstation 3, Xbox 360 and PC. The game tells the story of Alex Shepherd, a soldier who has returned from a war overseas. Shepherd discovers upon his arrival that his father has gone missing and his mother has become catatonic. Joshua, his brother, is the only one who can provide solace, but he soon vanishes. The game chronicles Shepherd’s search to find his missing brother. Silent Hill: Shattered Memories is a re-imagining of the original Silent Hill and was released for the Nintendo Wii and later released for the PlayStation 2 and PlayStation Portable. The largest changes were a total removal of combat (monsters only appear in select areas of the game, where you’re chased by them), and a focus on psychological horror. The game would test your personality at select points, and alter the game’s story & monster designs accordingly. 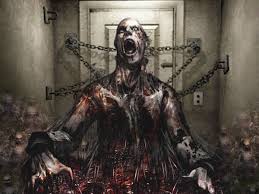 A new Silent Hill game was announced in April 2010. It has no title as of yet, it is just being called “Silent Hill 8” and is confirmed to be released in 2011! Via G4tv.com reports:  “In honoring the rich history and strong following of Silent Hill, we’re working hard to build a next generation horror game that the fans truly deserve,” said Shinji Hirano, President of Konami Digital Entertainment Inc. “This Silent Hill introduces an all-new storyline and unique evolutions in gameplay, building on innovations and successes from over a decade of true survival horror and terror. And this is the official description of the game: “The survival horror experience begins after a prison transport vehicle careens off the road, leaving lone inmate Murphy Pendleton stranded in Silent Hill. Gamers will encounter mind-bending puzzles, as well as horrific creatures and otherworld terrors using everyday objects from wooden chairs to glass bottles to fend off their enemies. The natural response, fight or flight is left to the player as they unravel a dark, thought-provoking storyline which will appeal to fans of the early, classic Silent Hill series, as well as anyone who enjoys a deep, psychological horror experience. In addition to the main storyline, players will also be presented with variable side quests along the way that can change depending on their play style, revealing unknown evils within the town.”

Developers of the game have stated that  they are fans of the film Jacobs ladder and its technique of inducing fear through a more psychological level of perception. The films of David Lynch are also acknowledged to be an influence on Silent Hill. Another major influence is Japanese horror. The setting of Silent Hill is that of a small town situated around a lake, Tuluca Lake, and a large forest. Due to heavy commercialization, the town is extremely self sufficient, having a school, 2 hospitals, churches, sanitarium and other stores and attractions.  Silent Hill manifests itself in at least three distinct parallel layers, or dimensions: a normal, populated town; a quiet, seemingly abandoned town veiled by supernaturally thick fog; and a dark and decaying town (called the “Otherworld”) filled with disturbing, hellish imagery. Only the latter two layers are explored by the games’ protagonists, where demons and disfigured creatures roam the streets and buildings (appearing in greater numbers in the Otherworld). Occasionally, characters will transit between dimensions, and in some cases the dimensions may intersect with each other, creating an incoherent space called “Nowhere”. The different appearances of both the town and its inhabitants manifest from characters’ personal fears, though not necessarily those of the protagonists. These manifestations may be shared between characters, or otherwise appear exclusively to only one of them. It is implied that Silent Hill always held a supernatural presence, but the town’s virulent history since the early modern period had made these energies into something darker. The town is soaked in religious and sinister shrouds. Commentary published by Konami has stated that the power of Silent Hill has “intensified greatly” since the events of the first game. The first several games, we follow characters into Silent Hill. The later games, Silent Hill comes to our characters. 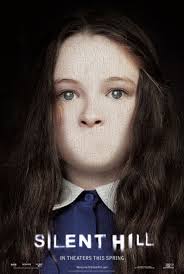 Since Silent Hill‘s release, there has been numerous merchandise released for the franchise, including a film adaptation, comics, and books. A film based off of Silent Hill was released in 2006 and was directed by Christopher Gans. The film, particularly its emotional, religious and aesthetic content as well as its creature design, includes elements from the first 3 Silent Hill games. The score is even composed from the games. The film follows a mother, Rose, who takes her troubled adopted daughter, Sharon, to Silent Hill. Sharon has night terror’s and sleep walks, usually calling out for Silent Hill. After being knocked unconscious in a car crash outside the town, Rose awakens to find her daughter missing and the town engulfed in an alternate reality of fog and falling ash. While searching for her daughter she encounters gruesome monsters and surreal reality shifts, while also uncovering her daughters link to the town. In 2010 it has been confirmed that a second movie is in the works, Silent Hill: Revelations and will be directed by Micheal J. Bassett and will be in 3D. As of right now the plot will be borrowing much of the story elements from Silent Hill 3, following Heather Mason into the town and the events that unfold with her.

There are also several graphic novels and comics that have been released, all published by IDW Publishing. They have all been released, most recently Silent Hill: Past Life. There are minor differences between the games and the comics such as major characters, some of the setting and history of Silent Hill, but the comics act as a companion piece to the games.

Silent Hill isn’t fading away anytime soon. Players are brought into a world that tears apart the subconscious, preys on the senses and creates the worst possible fears. Relying on a haunting atmosphere, Silent Hill has been successful even through disappointing times. Check out the games, movie and the comics, it will be an experience you won’t forget.