SYNOPSIS:
“A group of scientists travel to a remote island to study the effects of nuclear weapons tests, only to get stranded when their airplane explodes. The team soon discovers that the island has been taken over by crabs that have mutated into enormous, intelligent monsters. To add to their problems, the island is slowly sinking into the ocean. Will any of them manage to escape?” (courtesy IMDB)

REVIEW:
This week I discuss for your immense displeasure the film described by the lurid poster art as From The Depths Of The Sea, A Tidal Wave Of Lobster Bisque…I mean, Terror, in the Roger Corman classic Attack Of The Crab Monsters (1957)! Would you like any cracked pepper on that? 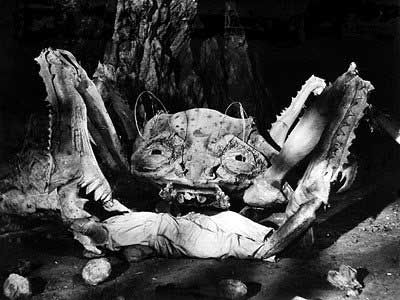 Here’s the story so far: On a mysterious island, giant crabs mutated by atomic radiation pick off a group of nosy scientists one by one. These creatures have the ability to absorb the knowledge of their victims and mimic their voices. The damn things are almost impossible to kill because they’re made of free atoms, a mass of liquid with a permanent shape. These creepy crustaceans can also send out arcs of heat to melt and fuse chunks of the island, eventually whittling the island down to one small corner – I haven’t said too much, have I?

Despite the clumsiness of his early film-making, Roger Corman really did try to keep it within the bounds of science theory. For instance, the squat alien overlord in It Conquered The World (1956) looked the way it did because he was supposed be from Venus, with a heavier gravity and all that physics nonsense. 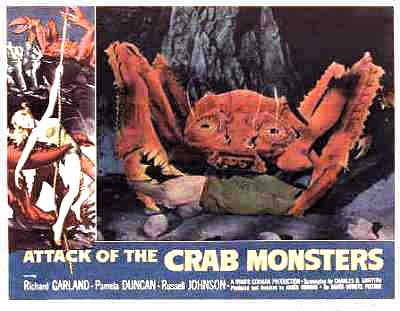 Attack Of The Crab Monsters really started back in 1954 when Warner Brothers released a film called Them! (1954) and it took everybody by surprise, including producer Jack Warner himself. At the preview he expressed his extreme displeasure and stated that he never wanted to see another one like it. Them! was the first film to suggest the possibility that radiation could cause giant mutations, in this particular instance an army of monstrous twenty-foot-long ants. Jack Warner may have thought it was crap, but the audiences loved it, so much so that for the next decade Them! set the pattern for dozens of science fiction films about giant insects and other life-forms. Attack Of The Crab Monsters was one of those films, and one of the few to radically alter the formula. 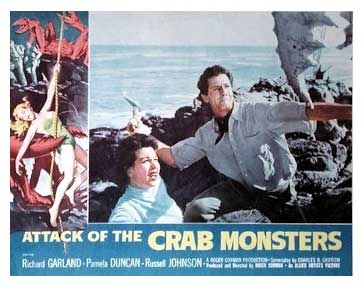 Director Roger Corman demanded suspense or action in every scene of Attack Of The Crab Monsters, and writer Charles B. Griffith ably supplied it. Now, it was typical for these sort of giant monsters to eat people, suck them dry, whatever. But in Chuck’s scenario they also absorb the knowledge of the victim. Every meal raises the monsters IQ a few more points. In essence, each victim becomes part of a collective whole, a hive mentality, working for the survival of the crab. Because of this there are moments when Attack Of The Crab Monsters takes on the characteristics of an old fashioned ghost story, when the voices of the dead call to lure their friends into traps. 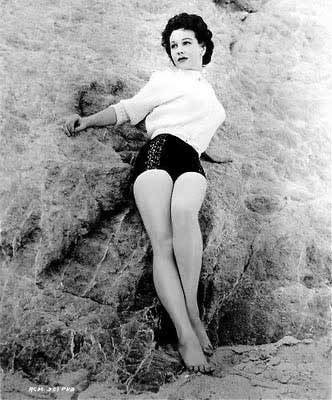 Chuck Griffith was in the middle of writing the screenplay when he saw a movie called The Silent World (1956) which was full of incredible underwater scenes. Chuck was inspired and decided to write in lots of underwater scenes into his own script, then he promised Roger he’d shoot the scenes himself for the bargain-basement price of one hundred dollars. A couple of months later Roger phoned to say the actors were on their way over to Chuck’s house so he could teach them how to scuba dive. Having forgotten the entire business by this time, Chuck phoned actor Jonathan Haze, who arrived fifteen minutes before the actors to give Chuck a crash-course in scuba-diving. 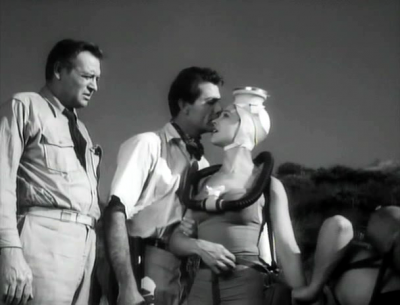 Filming went smoothly until Chuck had to sink the large crab prop that Roger had paid four hundred bucks for. It has a rather bizarre, almost human face, and was hollowed out so someone could crawl beneath the monster crab and propel it. It was made of styrofoam, so it proved almost impossible to submerge. When they finally got it below the surface, the legs broke off and shot up out of the water like torpedoes! Not only that, the eyes kept peeling off, too! 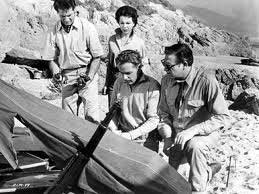 Russell Johnson is the actual hero of Attack Of The Crab Monsters, but is usually seen as second-banana in such schlocky horrors as It Came From Outer Space (1953), This Island Earth (1956), The Space Children (1958), and in Airport (1970) television-movie rip-offs like Horror At 37,000 Feet (1973), Vanished (1971) and The Ghost Of Flight 401 (1978). He also played a know-it-all professor in a little-known sixties television show called Gilligan’s Island, which was recently re-made as Lost, with actor Terry O’Quinn replacing Russell Johnson. No, really – would I lie to you? Anyway, he’s getting a bit old now, and the only thing Russell Johnson remembers about Attack Of The Crab Monsters was that he was wearing shorts in freezing water. Mel Welles, who gets his hand chopped off, said it was the least colourful Roger Corman film in terms of behind-the-camera stories because, according to him, the entire production went smoothly. For him, perhaps…

Attack Of The Crab Monsters was the highest-grossing low-budget film of 1957. Originally released on a double bill with Not Of This Earth (1957), it’s hardly surprising. Anyway, please join me next week when I have the opportunity to give you another swift kick in the good-taste unit with a far better terror-filled excursion to the dark side of Hollywood for…Horror News! Toodles!