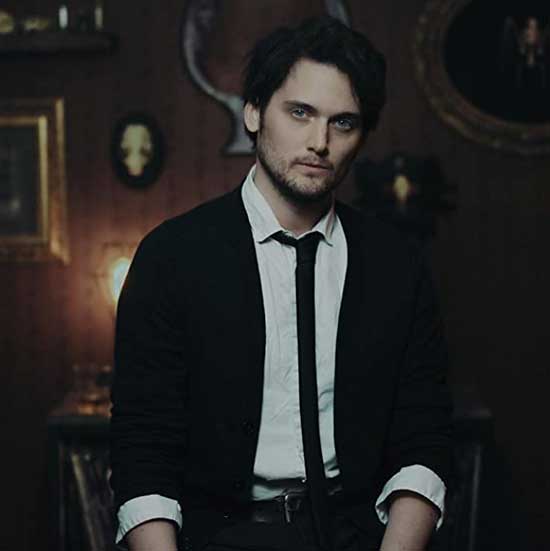 “Alexander Taylor’s new horror film Dreamcatcher hits March 5th.  Alex has a 100% fresh film Scream Queen! My Nightmare On Elm Street and is one of the hottest new composers in horror.”

Hello Alex, how are you? Thanks so much for taking the time to do this interview with Horrornews.net. I watched Dreamcatcher and I loved the music and the intensity of this movie. How did you get involved with the film?

Alex- I’m doing great, all things considered. Thanks for reaching out! I love Horrornews.net so this is exciting just to talk with you guys. I actually met Jacob (director) at a film festival in 2016, back when we could safely be around other humans. We both had films at the fest, and I was lucky enough to catch a screening of his film. It was one of my favorites, so I made sure to find him.

We met up in the lobby of main theater of the festival, and grabbed a beer. I was up for best score at that fest for a short horror flick called Reaching Out, so when we started talking about our films, it naturally opened up into a discussion about the genre. We both found out quickly that we loved horror, and we stayed in touch for several years. Fast forward to 2019 and I find out he’s working on a horror feature, so I stalked him and get the gig, haha.

What is your process like when you compose a film?

Alex- It changes with every film, but I typically start a discussion with the director about the general sound of the score, or the musical pallet. I like to have a vastly different pallet for every film I work on, and it’s always fun to bring in the director to help me find what that could be. Will it be all organic, synthetic, or a hybrid? Is this purely a tonal score, or will there be room for more melodic stuff? What instruments do we think fit the feel of the picture? etc. After that, I usually do a crash course in a new instrument or style of music. I don’t often use the same template twice.

From there, I try to score a film chronologically if possible. That way, the music evolves naturally with the story. I know some people like to write big suites first, and then use pieces of that throughout different parts of the film. Or in the case of one of my favorite composers, Michael Giacchino, he starts with the “saddest” scene first since he feels he can find the heart of the film there. I love that idea, but for me, scoring chronologically always feels right. Then at the end, I’ll go back to revisit some of the early cues and see if anything can be informed by what happened later in the scoring process.

You have composed so many different films. Do you ever feel it is different to compose for a horror movie?

Alex- Oh yeah, 100% horror is different, and that’s why I love it. It’s my favorite genre to score because I feel like it inherently gives you a longer leash to experiment with. I feel like it’s the genre with the most experimentation, which is what draws me to it so much. 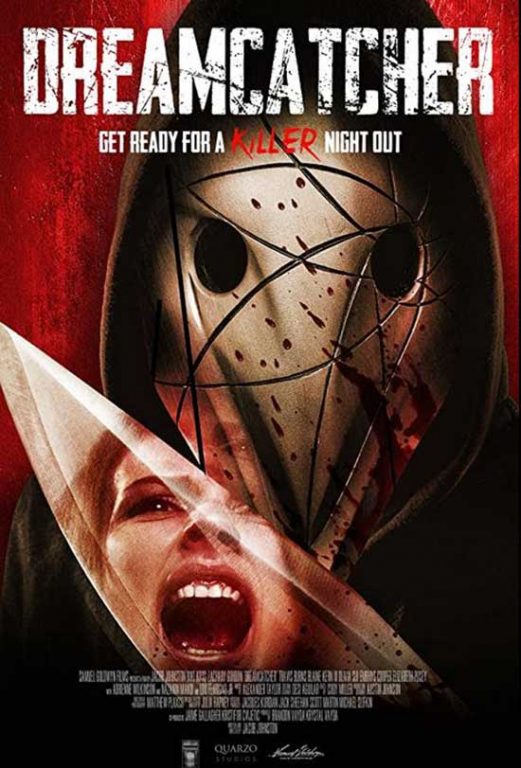 You wear quite a few hats. Do you think you will write and direct again?

Alex- Oh wow, I didn’t realize you looked that far back on me. Yeah, I used to write and direct, and that’s actually what I studied in college.

But I realized as soon as I landed out here that you can’t really be a “jack of all trades” when you hit the ground. There are so many endlessly talented people in each facet of this industry that unless you laser-focus on becoming good on one particular thing, you will get buried. Long story short though, after I get to a certain point as a composer, I would love to branch back out into writing and directing a horror feature, but for now, it’s all music.

You composed for Scream, Queen! My Nightmare on Elm Street. What was it like being a part of that process with Mark Patton?

Alex- While I was writing, I primarily spoke with the directors, Roman and Tyler. They are amazing, and I legitimately love those two. I did start working very closely with Mark after the score was finished. Mainly at festival circuits, premiers, and press junkets.

I actually first met Mark at a signing a Dark Delicacies in Burbank. He didn’t know who I was, but when I got up to his table, I told him I was scoring Scream Queen. He immediately jumped up, hugged me, and made an announcement to the entire crowd about me. People actually clapped… it was kind of my first taste of what the Scream Queen experience was going to be like. My sister Amanda was in town visiting, so it was extra special that she got to see her little brother get some “Hollywood Swag.” 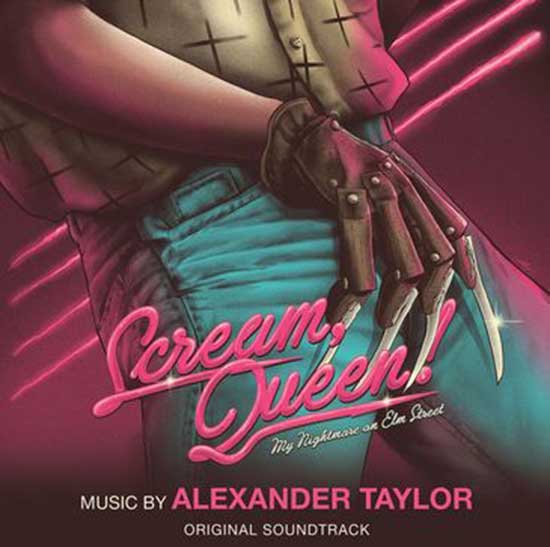 Mark’s absolutely amazing. I’ve said this before, but it’s true; talking with Mark is like therapy. He genuinely cares about every person he comes in contact with, and can pull from his wealth of wild experiences to give sound, thoughtful advice. Scream Queen was life changing, and I can always trace any success that comes my way directly back to Mark, Roman, and Tyler.

I love music and films. I love sounds and soundtracks, composing. Do you have anyone that has inspired you over the years?

Alex- Oh man, that’s a long list! So, before I got into composing, I wanted to be a rock star, so I was into a lot of garage rock stuff. The Hives. The Vines, The White Stripes… Jack White practically taught me how to play guitar. I feel like Jack is one of the last great showmen.

It wasn’t really until high school that I started gravitating towards music with a more cinematic feel: Nick Cave and the Bad Seeds. Tom Waits. Radiohead. The Smashing Pumpkins. Tv on the Radio. The National. I could honestly go on and on. Tom Waits was particularly very influential on a recent score I did for Hunter’s Moon.

As far as composers, there’s two that were deeply influential. John Carpenter and Jon Brion. Carpenter’s influence cannot be overstated; not just to me personally, but electronic and horror scoring as a whole. My step mom can attest to how often I would play the Halloween theme on any instrument I could get my hands on. It annoyed the hell out of her, but I’d like to hope she understands where it was all leading.

On the flip side, Jon Brion’s score for Punch Drunk Love is what made me fall in love with film music. His main theme is just so sweeping, beautiful, and purely cinematic. I got to see him at the largo several years for the first time, and I literally cried. I’ve been out in LA for almost 8 years now, and I don’t think the “Hollywood awe” will ever go away. I’m not ashamed to admit that I am always starstruck.

Alex- I’m staying busy despite most projects pushing way back due to Covid. Gearing up to score a queer-coming-of-age vampire flick out of New Zealand called So Vam for a talented woman named Alice Maio Mackay.

Right after that, I jump into Time’s Up, an ultra-fun and campy horror flick with Damian Maffai (The Strangers: Prey At Night, Haunt, Wrong Turn), LC Holt (You’re Next), Hannah Fierman (V/H/S), and Felissa Rose (Sleepaway Camp).

There’s a few other things in the works, but I’m pretty sure I can’t talk about them yet. Don’t want to get in trouble.

Do you have to be in a certain frame of mind when composing a film like Dreamcatcher?

Alex- For Dreamcatcher, Jacob gave me a lot of room to have fun and be indulgent, so I definitely took advantage of that. We wanted to make a soundtrack that could be enjoyed outside of the film as well as work within the film, and I think we accomplished that. 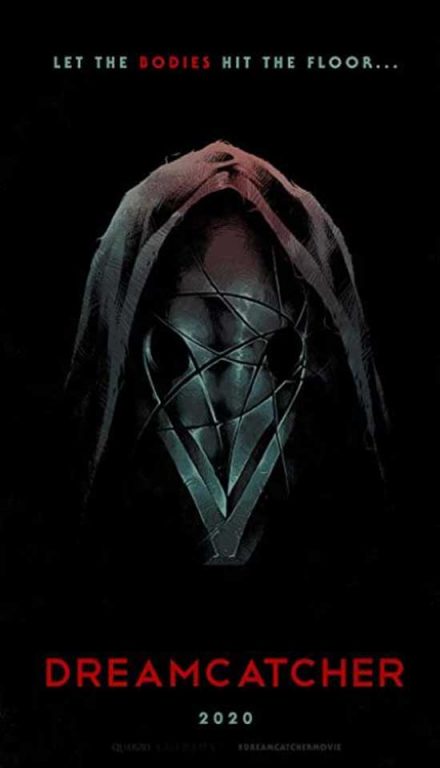 What is the process like working with the director?

Alex- Every director has a different musical language, so at the start of collaborating, you have to basically relearn what different terms mean to them specifically. One director’s interpretation of the word “cold” can be completely different from another. Director’s don’t often speak music theory, and I always tell them that they don’t need to! That’s why they bring us in! We translate their feelings into music.

Like you mentioned earlier, I used to write and direct. I went to a highly competitive and specialized film program at Wright State University. By junior year, they cut down to 10 people, so you have to really respect the craft in order to make it through. I think that’s why I love working with directors so much; I truly understand, love, and respect what they do.

Jacob wanted to make sure that every single track in this score was unique, so nearly every cue has its own template. It was a lot of challenging work, but the team gave me ample time to work, so we pulled it off.

What do you want to say to everyone that will be watching Dreamcatcher?

Alex- Thanks so much, and buckle up!

Thank you so much. You are so talented. Thank you.

Alex- You are too kind. Thank you! The whole team at HorrorNews is crazy talented too!