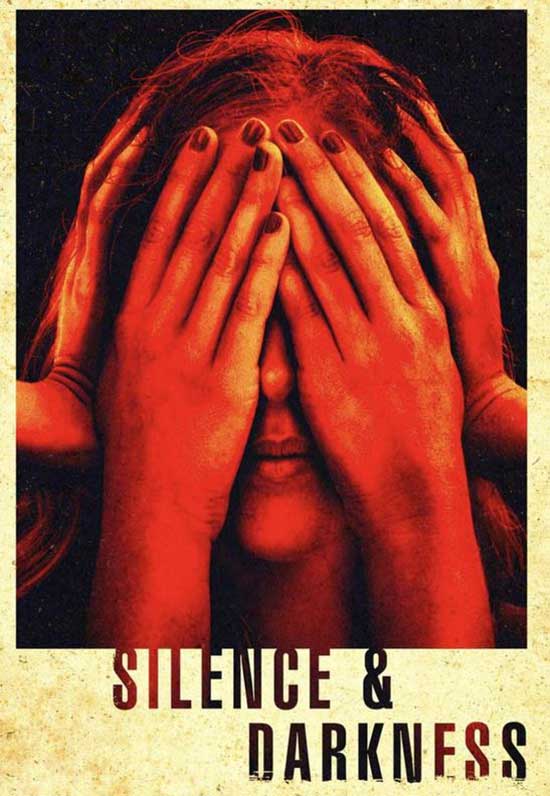 “Blind and deaf sisters. Anna and Beth, live happily in a secluded small town with Father. However, when a neighbor stops by, Anna and Beth begin to realize their loving father’s mental health has been deteriorating their entire lives.”

Directed and written by Barak Barkan, Silence & Darkness moves at a pace. It’s creepy and uncomfortable. Anna (Mina Walker) and Beth (Joan Glackin) are sisters. They are having fun; Bob Dylan is playing on the television. One of the sisters is deaf and one of the sisters is blind. It’s a scary thought losing those two senses. Anna is blind and Joan is deaf. They have fun but there are no parents so far, no people at all. Where are all the people? Are they in quarantine? 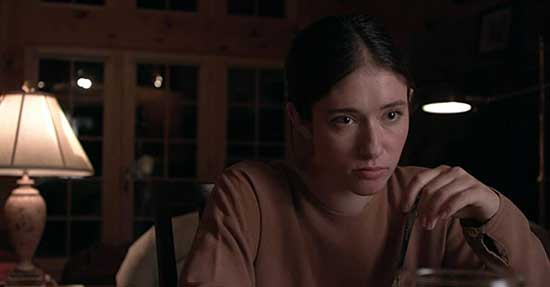 Anna and Beth are making dinner. I spoke too soon, there is another person. It’s Father (Jordan Lage). He arrives home to this dinner. They have dinner and then wind up in the living room looking at photos, reminiscing, and singing. Father keeps singing. He sounds good and you can’t go wrong with some Frank Sinatra. Hopefully the world will be able to go back to whatever sense of normalcy we had as far as venturing out into the world. Pandemic and quarantine, you know. Anna and Beth roam around outside, they go to the movies.

It’s a slow pace but I get it. There’s a story they want to tell. Now, they find a dead animal and Father is quizzing them about salmonella. It’s the next morning and Father heads out. He’s going to work and well his first patient of the day. This gets super weird. Is he a dentist, a family doctor? I’ll figure it out. Mrs. Long (Ariel Zevon) was his first patient of the day.

Anna and Beth head to the store. There is a sense that Father keeps them away from people. When Anna is playing the guitar and Beth holds onto it. I’d imagine to feel the vibrations of sound. Barak Barkan did a good job of keeping the mystery to this film. You worry about the sisters. It makes you wonder what the hell Father is doing? What is he doing? Now, he puts both of then to bed and he’s giving Anna a shot but not Beth? 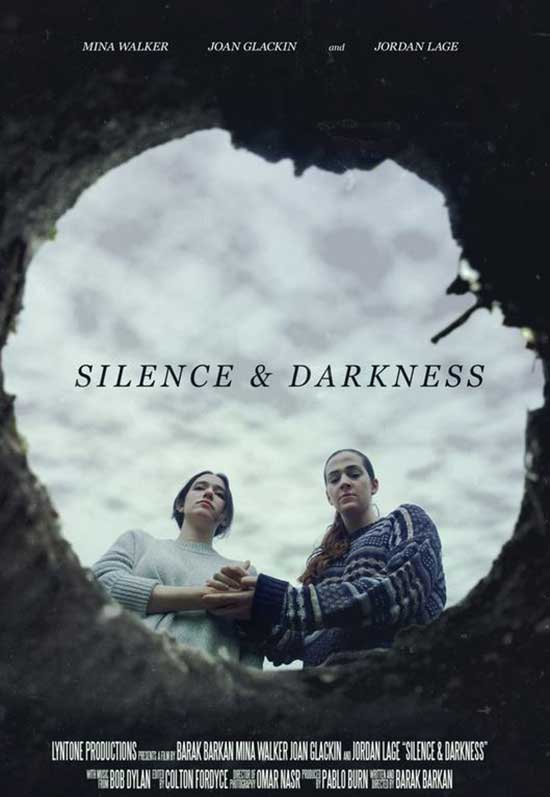 There is something in the family world with trauma and horrible things that happen to people. Again, it’s a new day. Father is something else. His mental health may not be the best. Whatever he gave Anna and Beth in those shots made them so tired. This isn’t normal. Mrs. Bishop (Sandra Gartner) shows up and her dog found a bone on Father’s property.

He does what most people who want to damage others do. He tells Anna and Beth that Mrs. Bishop may be “off her meds.” It’s scary when there are situations. There are kids out there in bad situations and this film hits a bunch of a sensitive nerves. They are having dinner and Anna starts asking about their mother. She wants to know how she died.

Father is very quiet, sort of monotone. Oh boy, he goes to visit Mrs. Bishop. Why? Why? There doesn’t seem to be anyone that could help them. Father documents everything Anna and Beth are doing. It’s strange. It’s as if he just wants them locked in a house but he can’t get to that point yet. Jordan Lage does a good job playing this character.

Anna and Beth are in the yard now. They are trying to figure out what could be buried in the yard, hopefully not their mother. Father watches Anna head out in the middle of the night to dig. Anna and Beth joined the talent show. Father is insulting and rude. He’s drugging them again. I guess the whole talent show thing made him mad.

Beth is sick or so father says. He takes Beth away. This is just unnerving. Mina Walker plays Anna with heart. Anna is acting out the dinner they have each night. She plays Beth and her father. This is a psychological rollercoaster for Anna. She’s alone and now you can see the darkness mixed with silence is deafening and horrible.

If you’ve ever stepped in throw up… Father is still a no-show. Anna decides to take Mrs. Bishop’s dog for a walk. Beth comes back with Father. This is horrible. Someone needs to call someone. The level of abuse he puts Anna and Beth through is horrible. He did this because she was having a little fun with her sister playing guitar and singing. It’s viable he didn’t take Beth to a hospital either.

The shots and editing are great. The location is beautiful. I always love the houses and places they pick in horror films, well films in general. They seem to become part of the film. A character that sets the tone for everything that surrounds it. The house Anna and Beth fight for life in became the character.

Psychical abuse is bad enough but to add on emotional and mental abuse. Don’t let anyone put hands on you or treat you with disrespect. There are no phones in the movie either. Did they ever have phones? Did they have phones and he took them away? That was something that was so odd. Anna and Beth need to get out of there quick. Silence & Darkness is a good film. It’s psychological and scary. Make sure to check out Silence & Darkness.