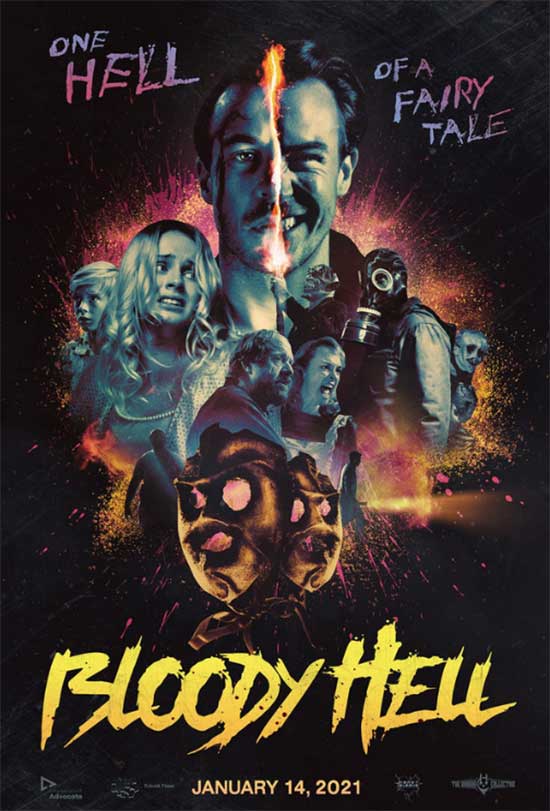 “Directed by Alister Grierson (Sanctum) BLOODY HELL follows a man with a mysterious past who flees the country to escape his own personal hell… only to arrive somewhere much, much, much worse. In an effort to survive this new horror, he turns to his personified Conscience. Together, they must race against time to free themselves from a twisted family hiding a very dark secret.”

It’s 2021 and people are antsy and they want to travel. Don’t worry, horror has you covered with a dash of humor, some sarcasm, and blood. What a great combination. I think we all want to travel, be with family and friends and, just find some sanity. So, grab the wine or a beverage of your choice. Grab a snack and snuggle up and watch Bloody Hell.

Rex (Ben O’Toole) is in line at the bank waiting to talk to Maddy (Ashlee Lollback). The bank gets robbed by men with masks on. It’s a demon, a gorilla, a lizard, and a werewolf. Those are the masks that the masked men chose to wear. I spoke with the writer, Robert Benjamin during a phone interview for Horrornews.net. Robert said, he wrote it that way. Those were the masks he picked. It was a great touch to Bloody Hell. We’ve seen films with bank robberies and masked men. Point Break, Heat, and The Town (They wear some creepy looks in that movie.) It was sort of a nice touch since this is a horror movie. 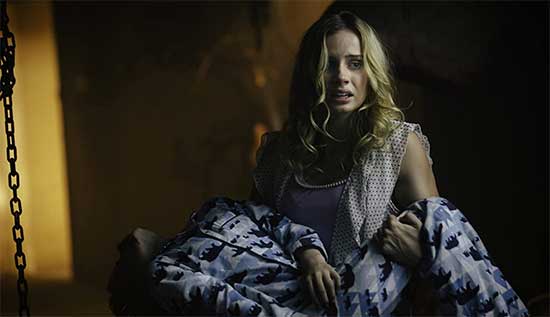 Rex tries to save the day and it backfires.

Eight years later, Rex is on the cover of cheesy celebrity gossip magazines because of what happened at the bank. Ben O’Toole (Detroit, Hacksaw Ridge) is making this movie fun. Rex’s life is chaotic and well his own hell. Rex has internal monologues with himself. He needs to get away, relax, get away from all the stress. (This seems to laxed, to easy.)

A creepy couple eyes him at the airport. Kidnappings and human trafficking are scary enough. Always be aware of your surroundings. Rex gets himself kidnapped. It’s horrific. There goes that whole, I need to get away and get rid of the stress. It just gets crazier and well, “F*ck me” indeed. 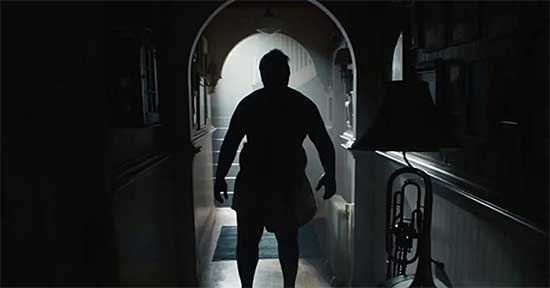 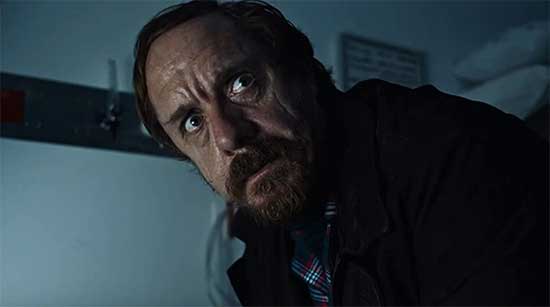 Rex’s inner voice and his possible PTSD are having conversations. The movie references are great. The Big Trouble in Little China reference is the best.  This movie is insane in such a good way. Rex is tied up, missing a body part and surrounded by bicycles and stuff that tourist obviously lost in the madness of this family that kidnapped Rex. 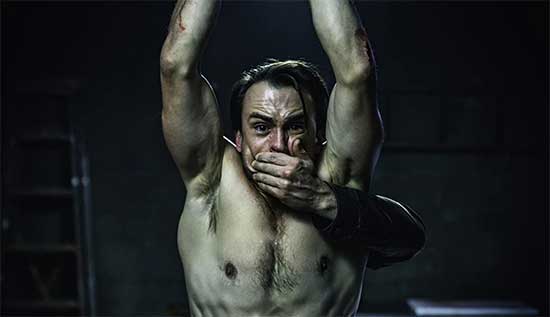 Rex’s inner-voice is trying to come up with a plan. Alia (Meg Fraser) goes looking for her brother Olli and well, she winds up having a super Disney-like romantic flash of herself with Rex. Alia seems to be the compassionate one in the family. The dialogue between Rex and Alia is great.

We’ve moved into cannibalism now. They have a hungry brother. The mother (Caroline Craig and father (Matthew Sunderland) must feed the son. Alia explains the predicament she’s in with her family. Meg Fraser’s wide-eyed, bewildered look of being in shock and numb to what her family is doing makes Alia a character you want to root for. 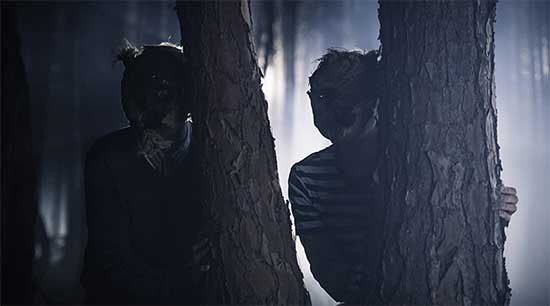 This family is like a bunch of hunters that carried on the Hostel tradition. Bloody Hell is definitely original. They go back to what happened in the bank. Rex’s madness is too much for the robbers. He’s calm, cool, and chaotic. The masked men: the demon (Ryan Tarran), the werewolf (Scott George), the Gorilla (Daniel Weaver), and the lizard (Brad McMurray).

Rex is like MacGyver, he put together the most bizarre yet effective survival bag to get his escape ready. Rex doesn’t want anything to do with Alia because of Maddy (Ashlee Lollback). Maddy broke his heart. This cast does such an excellent job playing these characters. These are some bizzarro circumstances and they all step it up. 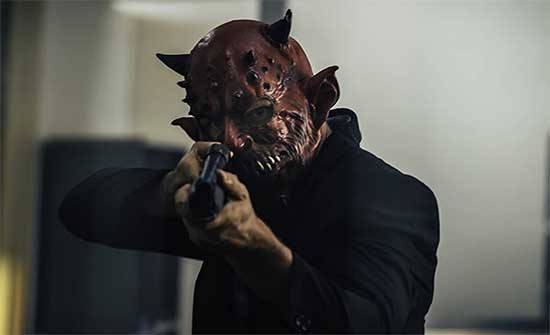 The Rex that lives in Rex’s head is a friendly reminder that we all talk to ourselves and being in your head can the worst, the best, and catastrophic. THIS IS WILD! There is a Bruce Campbell/Evil Dead/Ash moment. It is sort of this combination of things that reminds you of different films but Robert Benjamin put his own twist on everything. Alister Grierson does a great job with Bloody Hell. The scenes with Ben O’Toole talking to himself are funny and we all talk to ourselves so, it’s relatable.

The ending is great. Bloody Hell is a wild ride with some hysterical scenes. I would recommend Bloody Hell. Check it out.