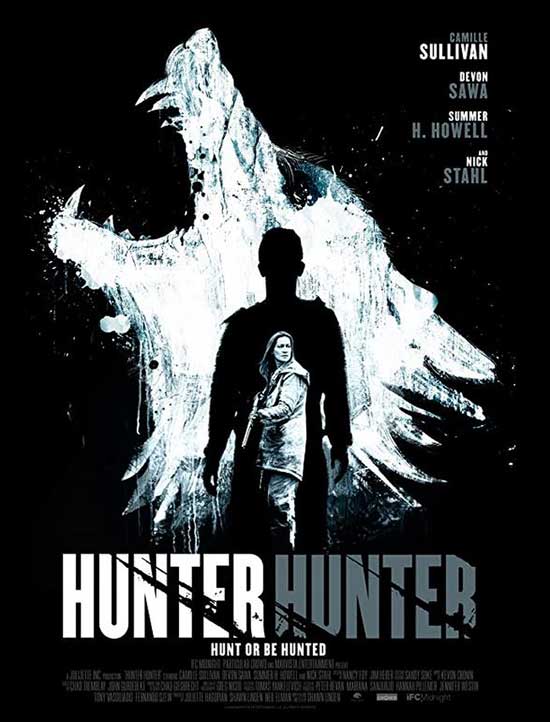 Joseph and his family live in the remote wilderness as fur trappers, but their tranquility is threatened when they think they are being hunted by the return of a rogue wolf, and Joseph leaves them behind to track it.”

Hunter Hunter was written and directed by Shawn Linden. I am not a fan of fur, but this isn’t about me. Some of this was difficult to watch mainly because you feel for the animals. It is just a movie though but in reality, there are fur trades and illegal fur trades out there. The film opens with them setting up a leg-hold trap. The animal(s) step in the trap and it snaps shut with a vigorous force.

Anne (Camille Sullivan, Intelligence) looks tired and sick of things. The movie barely started. Joe (Devon Sawa, Final Destination, Idle Hands, Casper) is in the woods with Renee and the family dog.  For about a second, I didn’t even recognize Sawa. That’s pretty good acting. He disappeared into his role as this deep wood’s hunter/tracker. Nick Stahl portrays Lou and he also does a great job disappearing into his character. More about him later. They live in the middle of nowhere. It is nothing but woods all-around. Anne’s first trip into town, she picks up a brochure about houses and living in a neighborhood. A neighborhood where you can actually see a neighbor. 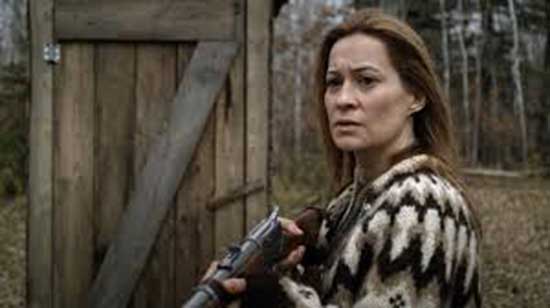 She’s lugging propane and more. It’s a lot of work to live like they are living. (Yes, I know it’s a movie but there are people that live deep in the country or in the woods.) Joe, Renee (Summer H. Howell, Clouds, Cult of Chucky,) and Anne are cooking. Joe is working on the meat and Anne is working on the potatoes. This is a gritty film. It isn’t meant to be pretty or easy. Shawn Linden did a good job with different shots. The family unit comes across with this cast. The wolf is back and Anne shows Joe the house brochure she picked up at the little store in town. He is stubborn and set in his ways, he doesn’t want to hear it.

Renee and Joe are in the woods while Anne’s gathering water. This family has learned to track, hunt and what you need to survive. There is a sense of panic that sets in. Joe doesn’t seem upset at all. If he is upset, he is hiding it well. Renee is being a kid and making her way back home. Anne is gathering water and her panic sets in, her pace quickens. 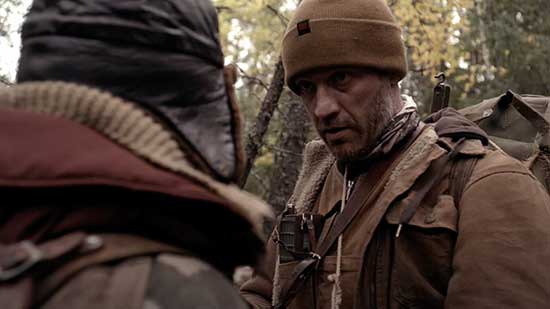 The wolf Joe is hunting is hunting them. Deep in camouflage and hiding out. Joe spots the wolf.  The wolf has a food source. I spoke with director Shawn Linden and he said he made Hunter Hunter because he wanted to know “what’s it like for a wild animal that has to survive in order to live.” This is survival. This has become a cat and mouse game. Anne and Renee experience quite the insane encounter with the wolf.

You often think about people and what people must do to survive. Joe finds what looks like a sloppy serial killer den in the middle of the woods.

The municipal officers, Barthes (Gabriel Daniels) and Lucy (Lauren Cochrane). Anne heads over to the office to see what kind of help she could get. The land they live on is out of the jurisdiction. Meanwhile, Anne still hasn’t heard back from Joe. They communicate via radio walkies.

One thing about this film, it really shows how much work these people do and what they are going through. (Some of the animal scenes are a lot but it is a film about being hunted, hunting and the difference between humans surviving and how animals survive.) The whole Ravenous (1999) section now where Lou (Nick Stahl) shows up is intense. These people cannot just run to the neighbors or drive down the street for help.

2020 has been a strange year and people spent a lot of time “hunting” toilet paper. When I think back to March, I went to a grocery food for some stuff I’d normally need and toilet paper which we actually needed and I found myself wondering in the store like it was Zombieland and the toilet paper would have been the Twinkies. I get stocking up and having supplies. I thought about this while watching Hunter Hunter. This family has supplies but not enough food and stuff. 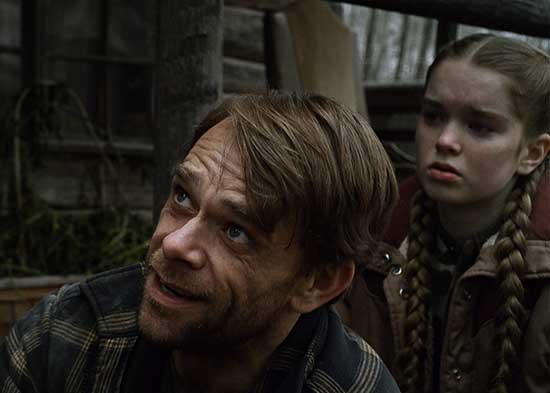 Renee doesn’t go to school either so her mom and dad answer her questions about everything from identification to trusting people. The special effects people do a good job in this film. Shawn Linden told me during our interview for Horrornews.net that they were able to film the wolf who lives in a sanctuary. If you haven’t seen Ravenous (1999) with Robert Carlyle and Guy Pearce, make sure to watch it. The hunting they do is completely different but it is the survival and shock of it all.

Still no Joe by the way. (Devon Sawa, where did you go?) Anne is quick and fierce and ready to fight. She is setting traps she learned from her own family. Nothing is more RAVENOUS and fiercer than a mother protecting her child. There are plenty of missing people. This leads the municipal officers to want to check things out. The idea of being cornered in these woods. (Always watch where you step in the woods people.) 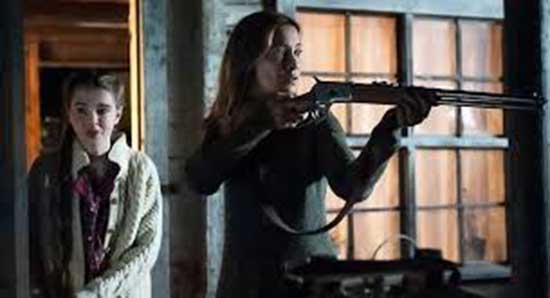 (The animal scenes are sad. I always feel that watching movies where an animal may be hurt or something. I know, I know, “it’s just a movie.” But, it’s still sad.) Hunter Hunter is an endless ride, that’s for sure. You feel the fear these people are experiencing. The threat isn’t quite as visible as say if you were dealing with a monster or some kind of creature. There is an endless stalking. 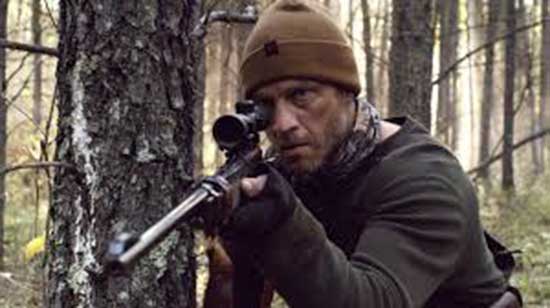 Nick Stahl has played so many different characters. He’s been in everything from sin City, Terminator 3: Rise of the Machines, Disturbing Behavior and more. Okay, this gets WILD, Anne has turned into a savage, Thomas Hewitt (Leatherface from The Texas Chainsaw Massacre) would want to work with her. This is so bizarre in such a good way. The psychological aspect of this film hits hard. Make sure to check out and watch Hunter Hunter.

May Your Nightmares Inspire You – @Butterflyjms