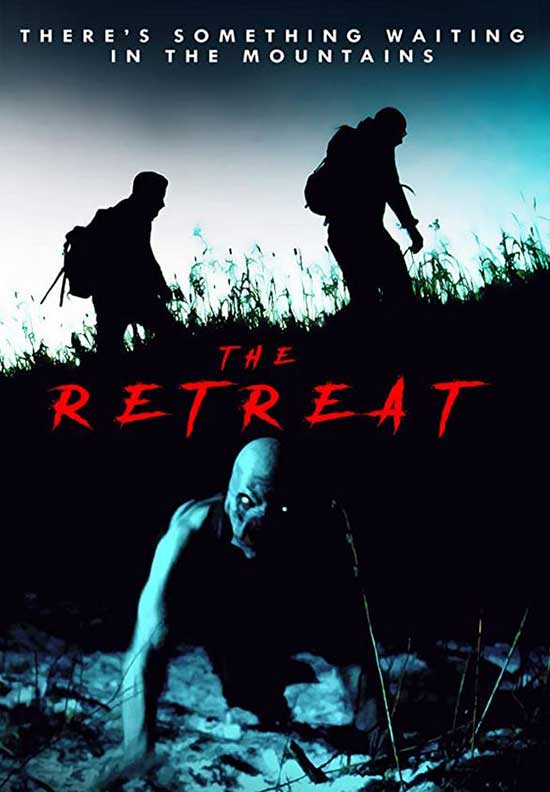 A man finds himself alone and lost after a horrifying encounter with a monster during a backpacking trip into the Adirondack High Peaks. Now, he must fight for his life, and sanity, as he battles the evil Native American legend, The Wendigo.

The concept of a Wendigo waiting in the forest for two unsuspecting climbers works on every level for me. Do we get that here? Not as much as you would hope. I’m not sure how the title even portrays the film correctly. Instead of a straight up creature from the forest flick, we get a lot of relationship nonsense from a reckless, needy, best man who just can’t let his buddy go. Sound like a fun horror movie to you? What’s worse is this film could have been stunning! Who hasn’t freaked out at the prospect of something in the forest stalking you? This is the value of Lore but the film deviates so far away from that lore, it fails to make much sense.

Bruce Wemple is our director. He’s an accomplished student of film and he gained accolades with his debut film “The Tomorrow Paradox.” I’ll be watching to see what he does for his next piece. He’s given us amazing technical things like cinematography here but the plot is disastrous. The two friends and the fiancee are the only people really in the movie. The marrying guy looks just like Matthew Fox from “Lost” days! The protagonist is just a frightfully bad actor who doesn’t hold anything back, if you can imagine it. The three top billed actors are: Grant Schumacher, Dylan Grunn, and Chris Cimperman. None are A-listers. The irony here though is that they tried to make the friend more scary than the Wendigo. That is the fatal mistake here methinks.

2 Guys are going hiking but it isn’t just that, they are extreme dudes and they want to scale the “backside of the mountain because they want to get away from right angles of the city.” Extreme sports folks may relate here, I didn’t. In other words, these dudes are serious and they don’t play around like simple vacation hikers. On the way into the danger zone they stay in a cabin home with a bearded guy who feeds them tons of beers while talking about the pitfalls of climbing out there in nature. There are photos of a creepy creature on the walls that he claims were the property of his ex wife. This creature is the mythic “Wendigo” of legend. That’s where you know you’re in for something terrifying. Well, at least one hopes so at that point. 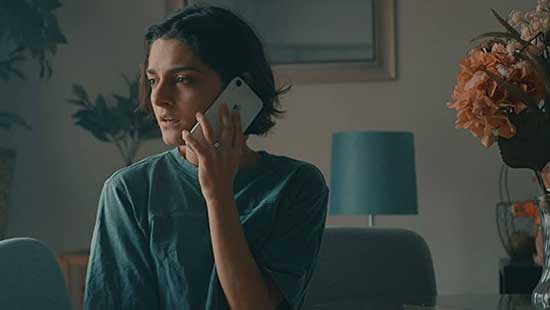 Shit does get real very soon after that. The 2 friends decide to take Peyote and all hell breaks loose. The annoying, needy friend starts seeing things. This could have been a kick-ass film with slash after slash in the outdoors but alas, that doesn’t happen. There is a creature but it’s hardly mythic. It looks a bit like an Orc from “The Lord of the Rings.” Don’t get me wrong, he’s scary as hell but we can’t get a radar fix where he’s from or even how he fits into the lore alluded to.

The monster appears to have powers of transcending time and space. This is shown the way the film flashes back and forth through flashbacks. We get the backstory on the fiancee’s girlfriend and how she guardedly doesn’t trust the best man. This is an age old trope for buddy films when one gets married. It’s well traveled ground that I really didn’t sign up for. If I wanted a ROM COM buddy flick I would rent one. In this case, it’s a warbled barrage of changing times through images and scenes. I didn’t know what was happening during these flashbacks. S, as I learned in college about stream-of-consciousness novels, I sat patiently trying to piece it all together. I didn’t really have high hopes about halfway through.

In conclusion for The Retreat (2020), What I wanted to see was a monster movie with thrills and suspense out in the extreme snow. What I got instead was the inner workings of an untalented actor overacting and believing he was “dark.” Nowhere is this more obvious than the final scene. It’s a cute ending but who needs a cute ending when you’ve been dragged through a bait-and-switch for an hour and a half in the snow. When it makes sense, there isn’t much scary. When it’s blurry is when it’s at its best. I only like 20% of the film when the Wendigo was being addressed or brought out. 80% of the film is reckless geek writing and I didn’t get the vibe. I’ve said many times that a director should focus on one thing, not several. That should lead to a better horror. I think this film would have been more palatable as a ROM COM. Because of that, I give it a 2/10.