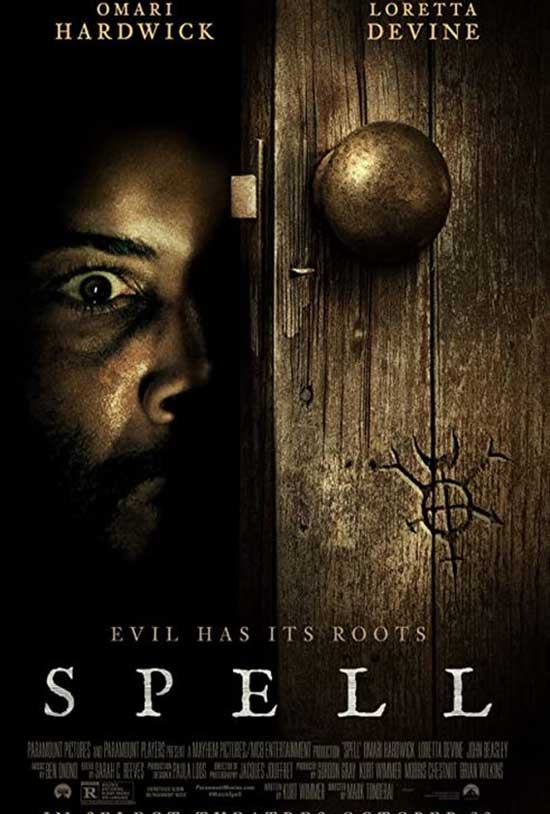 A man crash lands in rural Appalachia and awakens in the attic of a traditional Hoodoo practitioner. He desperately tries to break free from her dark magic and save his family from a sinister ritual before the rise of the blood moon.

Marquis (Omari Hardwick) is making every effort to be the man his father never was. A skilled and well-off lawyer, he spoils his kids and gives them everything he never received. When he learns of his father’s death, Marquis reluctantly flies his family to his child-hood locale, but a storm causes their plane to crash. 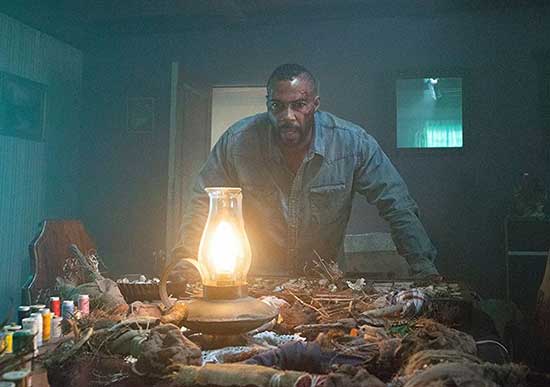 Bruised and bandaged, Marquis wakes up in a rural house, alone. The matriarch, Eloise (Loretta Devine) a woman who is nifty with powders, potions and has a soft spot for magic dolls, assures Marquis he’s in safe hands, but with his family nowhere to be found and Eloise’s constant efforts to keep Marquis in the attic, Marquis knows somethings up and tries, repeatedly, to find his family and the real reason why he’s in the attic.

Spell uses a well-worn storyline and themes then tries to spice it up with some hoodoo magic. The acting and cinematography is all A-grade, so you are in good hands as director, Mark Tonderai brings the script from Kurt Wimmer to life. There’s plenty of tension and splashes of effective gore to keep you squirming and wondering what’s going to happen next. Even though the bulk of the movie is limited to the house, your attention is kept as the screenplay never really slows down too much, keeping Marquis as an active protagonist driven to find his family.

Unfortunately, the final act fell apart for me. Plot conveniences were crammed in to facilitate a climax which left me disappointed. After the skill in Act 1 and 2, Act 3 felt like a cheat. It’s always a tricky situation as a writer when you have the protagonist against a large group of enemies, but Spell essentially makes the enemy “go away” or just watch the protagonist to eventually allow him to win against them, not really a fair fight, or entertaining.

The main theme was also an issue for me. Regarding Marquis’ past and how he has spent his whole life trying to run away from it, but then must accept it to survive and save his family, this felt especially forced and tacked on, to me. The script repeatedly reinforces this to the viewer via flashback but in effect, it holds no sway to the climax nor how Marquis saves his family. If the theme and flashbacks were removed from the script, the story would have played out exactly the same way. Marquis doesn’t even arc. He is the same man as he was when the film started, just with a bung foot. 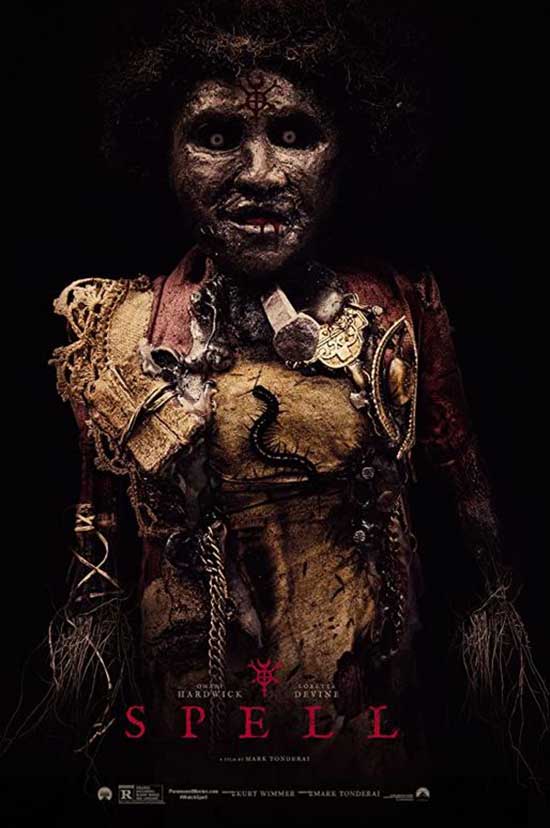 Nothing new, but entertaining enough, Spell is a film that will not be on anyone’s “must see” list, but has enough tension to keep the more light-weight horror fans on the edge of their seats. Unfortunately, an all-to-convenient 3rd act undoes a lot of good work the story bdoes until then.