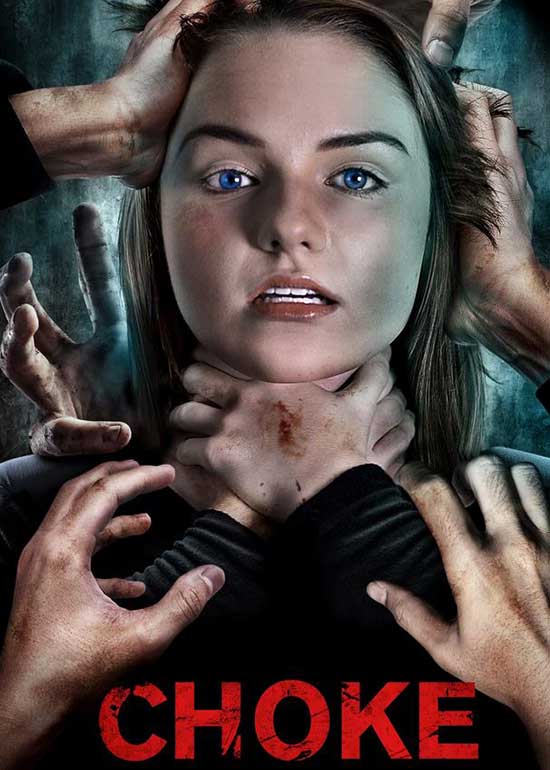 An attractive young women enters the world of a serial killer by having sex with him and being strangled. She lives and her story intertwines with many other lonely characters in this self-professed horror film that revolves around sexual choking and homicide.

Review: Watching a horror movie that looks homemade is fine but the impact has to be there. It may be possible to understand why people asphyxiate themselves during sex: because it awakens endorphin glands before you pass out. I’m no expert but watching “Choke” (2020) I caught a glimpse of perhaps why, and I myself up to that point had never realized it before. As we follow truly lonely souls: a cop, a serial killer and a few other minor chokers. Imagine if you went on a date with a choker killer. When would you expect them to take their hands off your neck? Just like practicing partners of this deviancy, would it be when you passed out? Death and bliss are a fine line we find.

Choke may be interesting to fans of this sexual choking fetish. I found myself on the other side and hoping to understand the appeal. That never happened. Jeanie (Sarah Brine) meets up with an older man on a train and has sex with him. This is quite fast but I welcomed the excitement in the plot since it took quite a while to do anything stimulating for a horror fan. Even when we see the choking, it looks canned and over coached. Obviously camera angles help but I began to wonder if I was watching an indoctrination film to choking during sex. Fortunately for me, I wasn’t aroused in the slightest. I honestly wonder who would like this movie. I didn’t see it as horror and it was a little too in-your-face to be a thriller/drama.

But Jeanie gets sucked in all the way. She becomes accustomed (addicted?) to this sex move. Perhaps she might tell us that once you’ve tried it, you can never go back. I know this is in a subculture out there but people please, be real, who wants to be choked during a pleasurable encounter? There is something like a lolita storyline here but above that is the practice, the hedonistic practice of choking during sex. 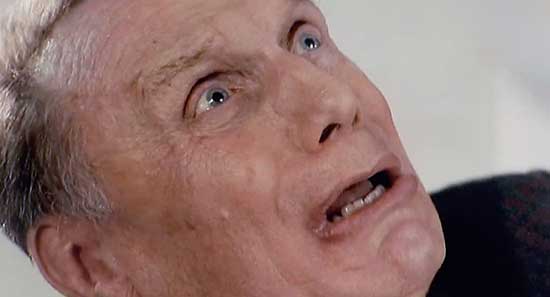 Hatanaka is a good director here. Unfortunately the subject matter is so difficult to draw near to or to push away. It isn’t clear what he wants to tell us so in my mind, he missed the whole point of a horror movie. For example, instead of causing my skin to crawl when the serial killer kills, he visited unbridled annoyance on me by having the choking partners fake evil laugh for 10 minutes. This isn’t why I watch horror movies. There were times it seemed the director was absent, maybe he choked on a cigarette on his break? Just wondering.

You will not find blood and gore here. Instead you’ll see a director’s case study of trial and error of portraying this deviancy onscreen. I am not a huge fan of pure blood and gore but I do enjoy creepy themes and atmosphere. This did not successfully develop either. Someone had told me the beginning looked like a high school level film term project. It does but they failed to mention it never really changes.

In conclusion, I’d say that due to an overemphasis of staged choking, this film fails for me. Anytime you name a film after something so chilling as choking, you must tastefully introduce it and then add it to the storyline in a way that yes repulses but keeps the viewer interested and more informed about it as the movie proceeds to its conclusion. I didn’t feel that here. It was a handful of unhappy people addicted to asphyxiation during sex. Sound dumb? It could have been good. I think this problem in our society of choking people during sex could have been addressed in a better fashion. I think the director banked on people being interested in choking and being choked during sex. The waifish lead girl is pleasant to look at but she can’t fix the mess of choking that keeps assaulting viewers from the scene. I can imagine a dozen ways to have done this film differently as a horror but I’m just a reviewer, I haven’t made a movie on it … yet. My verdict? You can miss this one. 4/10