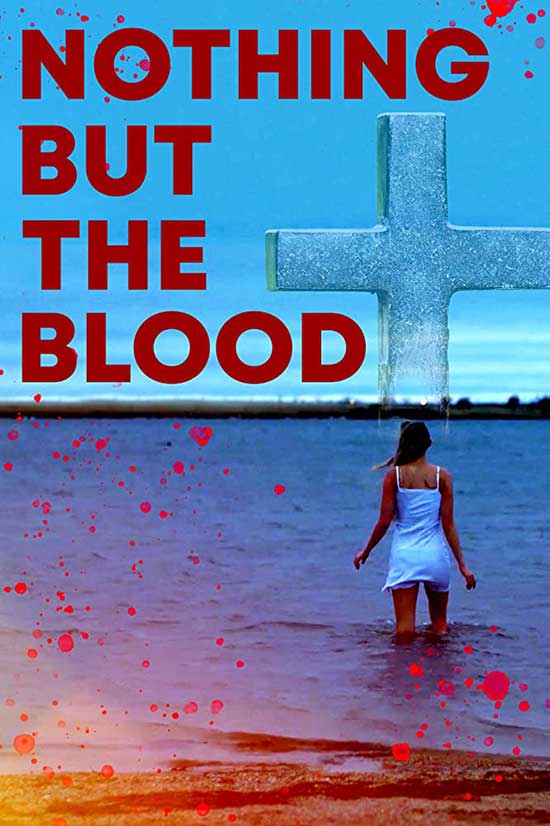 A small-town journalist is sent to cover the opening of a controversial church. As the ministry digs its roots into the town and its residents, her life takes an unexpected, violent turn that will shake her foundations to their very core.

Churches and religious cults gone amok have provided the backbone story to many movies over the years; there’s a rich vein of horror to tap into with the subject matter. One of the latest is Nothing But The Blood, a 2020 release from Daniel Tucker, a former film critic who handles writing, editing and directing duties. The movie takes its title from Robert Lowry’s hymn, Nothing But The Blood Of Jesus, as well as borrowing in part its subject matter of redemption and the washing away of sins. 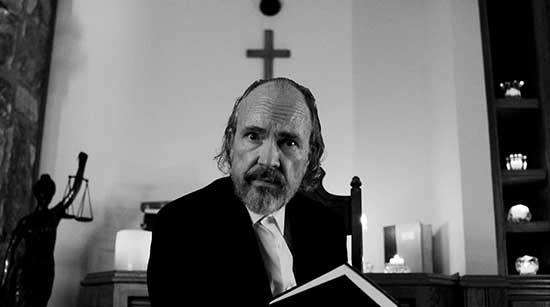 The movie opens with a short black-and-white sequence of a preacher quoting Bible verses straight to camera, concerning the trials of Jesus and advocating love for thine enemy. We next meet Jessica Cutler (Rachel Hudson), a journalist for a small-town newspaper in Texas, as she sweet talks her editor into giving her the big story she wants on the new branch of the controversial church, Emeth, that’s just opened its doors to the locals. The church is burgeoning in popularity, in spite of – or perhaps because of – its Old Testament proclamations about the evils of homosexuality, marriage out of wedlock and anything else it considers sinful. 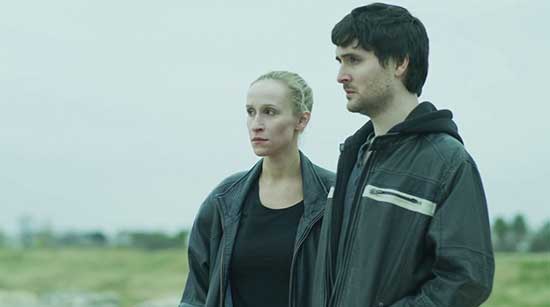 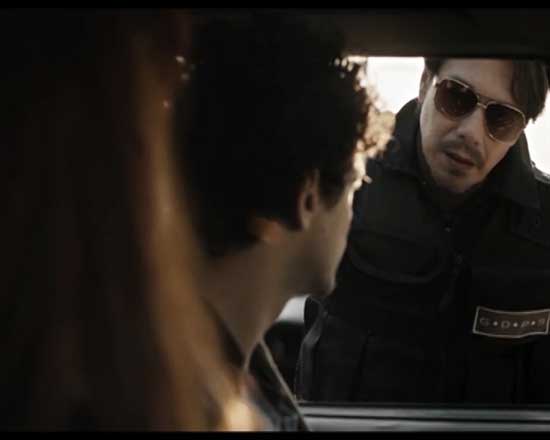 One night Jessica hooks up with a stranger in a bar, Thomas (Jordan O’Neal), who proves to be surprisingly demure at the end of their evening together, refusing to come into her house despite pretty much being on a promise. The next day, during her meeting with one of the church leaders, Michael, Jessica is unable to conceal her disdain for organised religion, particularly fringe ones like Emeth that have gained notoriety for stoning and burning down the houses of those they consider to be “sinners”. Michael, not used to having his teachings questioned by – of all people – a woman, soon starts to show his true colours with a flash of righteous anger.

The next day, at a follow-up interview, Jessica bumps into Thomas again – unfortunately he’s not quite so demure this time, as he’s receiving a special communion of the oral variety from a kneeling girl in the church’s restroom! While initially disgusted enough to throw her breakfast up into the sink, Jessica – in one of the somewhat large and questionable leaps in logic the movie’s story will take – later recovers her composition quickly enough to ask Thomas out on another date. 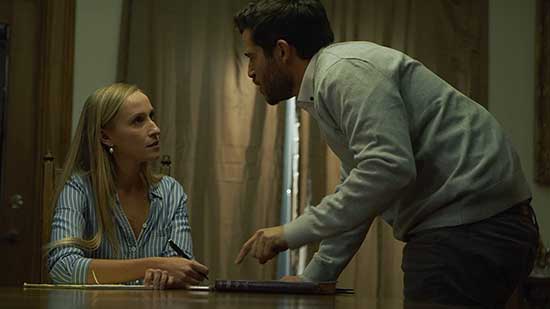 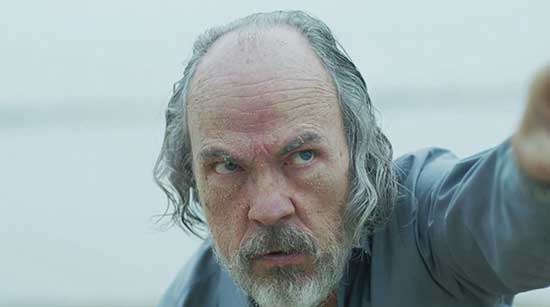 Nothing But The Blood unfortunately has more than a few preposterous moments like this scattered throughout, which undermine the story at every turn; the biggest of these probably being Jessica and Thomas’ decision to leave their young daughter in the care of the gang of wide-eyed loons that constitute the Emeth church. The subject matter (invasive cults that infiltrate the minds and personalities of individuals, turning them against friends and family for their own sinister motives) is inherently interesting, but the film isn’t able to take a firm grasp of it. The screenplay also suffers from a propensity for sub-Tarantino time jumps, moving backwards and forward without any real purpose in the narrative; it doesn’t help that while concurrent scenes are meant to be separated by several years (budding baby bumps turn into school age toddlers in the space of a few frames), the characters literally haven’t aged a day. While the film’s obviously tiny budget rules out any Marvel-esque digital de-ageing shenanigans, a little effort in the make-up at least wouldn’t have gone amiss. 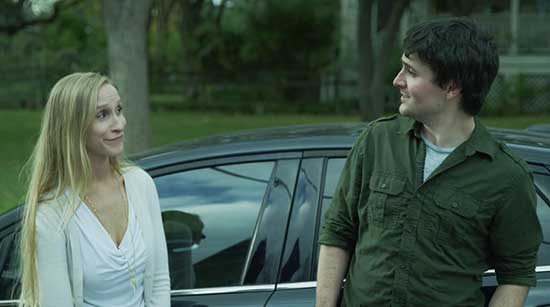 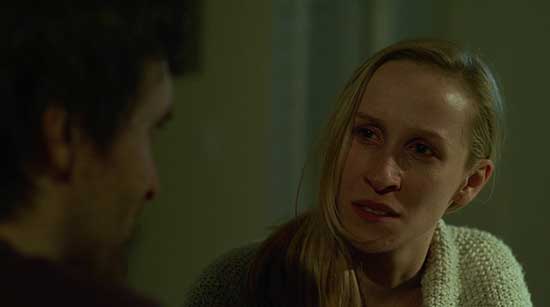 Overall Nothing But The Blood feels like something of a missed opportunity; it shares DNA with Kevin Smith’s Red State, of family ties and organised religion gone wrong. And while that film was only a partial success in itself, Blood feels far less weighty in comparison. The acting varies wildly, and while Hudson as Jessica is able to sell her character at least (if not her questionable actions), some of the other players are rather wooden on screen which dulls the sense of threat that should be emanating from the screen. The direction is flat, giving the movie a sense of being made for TV or a soap opera; and the ending tries hard for shock value, but again the lack of budget lets it down. There are hints of promise here, but unfortunately there’s not enough depth to let the story shine. With luck Tucker’s next effort will strike a bit nearer to the target.